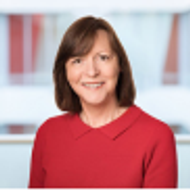 The Consortium for the Protection of the Controlled Designation of Origin Prosecco has successfully filed an opposition against the UK registration BROSECCO in stylised form for wines, British sparkling wines and sparkling wines in Class 33.

The consortium is the institution officially recognised under EU law as coordinating and managing the protected designation of origin (PDO) Prosecco, which has been in effect since August 2009 and concerns wines that meet certain conditions with regard to production and composition, including grapes of a particular variety grown in a defined area.

Although the United Kingdom has left the European Union, Section 6(3)(a) of the European Union (Withdrawal) Act 2018 requires tribunals to apply EU-derived national law in accordance with EU law as it stood at the end of the transition period. The decision therefore continues to refer to EU trademark law.

The hearing officer considered that the consortium could not rely on Section 3(4) but upheld the opposition under Section 3(4A), the purpose of which is to protect PDOs. Article 102 of EU Regulation 1308/2013 did not apply as the opposed mark neither consisted of nor contained the term ‘Prosecco’ (rather, it was a similar mark). However, the hearing officer found that Article 103(2)(b) – which protects registered PDOs against any misuse, imitation or evocation –.had been contravened.

The hearing officer found that BROSECCO evoked Prosecco. The applicant’s explanation that the opposed mark was for a UK sparkling wine, originally conceived of to celebrate Brexit, did not assist him. The hearing officer considered the opposed mark to be highly similar in terms of both sign and products. She considered that evocation was all the more likely as UK consumers would know Prosecco very well and would think of it when encountering BROSECCO. For evocation to be established, it is only necessary that the opposed mark trigger the image of Prosecco; no confusion between the two signs is required. That UK consumers would associate the opposed mark with the prestigious PDO conferred an unfair marketing advantage on the applicant and enabled the opposed mark to ride on the coat tails of the established reputation of the PDO.

With regard to the other grounds, the hearing officer found that deception was likely as UK consumers would likely believe that wines sold under the BROSECCO mark conformed to the specifications of the PDO. The opposition therefore also succeeded under Section 3(3)(b) on the basis that the mark was of such a nature as to deceive the public as to the nature, quality or geographical origin of the goods or service.

Although the opposition failed for lack of evidence under Section 3(6) – that the opposed mark had been filed in bad faith – the hearing officer believed that by adopting such a mark the applicant was “sailing close to the wind”.

The hearing officer also found that there was a likelihood of indirect confusion between the opposed mark and the PDO and therefore upheld the opposition under Section 5(2)(b). It was no defence to argue that consumer familiarity with Prosecco would easily allow it to be differentiated from other similar marks.

The opposition under Section 5(3) was also upheld on the basis that BROSECCO would take an unfair advantage in regard to marketing and benefit from the reputed PDO.

The opponent failed to establish protectable goodwill in the United Kingdom and a passing-off right was not made clear; therefore, the opposition failed under Section 5(4)(a).

Oppositions based on registered PDOs are becoming increasingly common and are now a significant factor to be taken into consideration when adopting a brand. The courts have shown great willingness to defend these protected indications against misuse, even where there is no confusion, provided that the later sign brings the PDO to the mind of the consumer.