Q: Can you tell us about your team (eg, size, practice focuses and key individuals)?

Aoife Murphy is a highly experienced commercial litigator with a specific focus on patent and trademark disputes. She is particularly experienced in complex multi-jurisdictional patent litigation and has acted in most of the patent cases to have come before the Irish courts in recent years.

Robin Hayes is a partner in the IP team, practising in the fields of litigation and intellectual property (contentious and non-contentious). He has considerable experience in contentious IP work, including litigation involving claims of infringement and revocation of patents that protect medical devices and pharmaceuticals.

Gerry Carroll is a litigation specialist who has handled some of the largest and most complicated cases to come before the Irish courts. Mr Carroll has been involved in infringement and revocation actions concerning pharmaceuticals, veterinary drugs and oil and gas drilling technology. 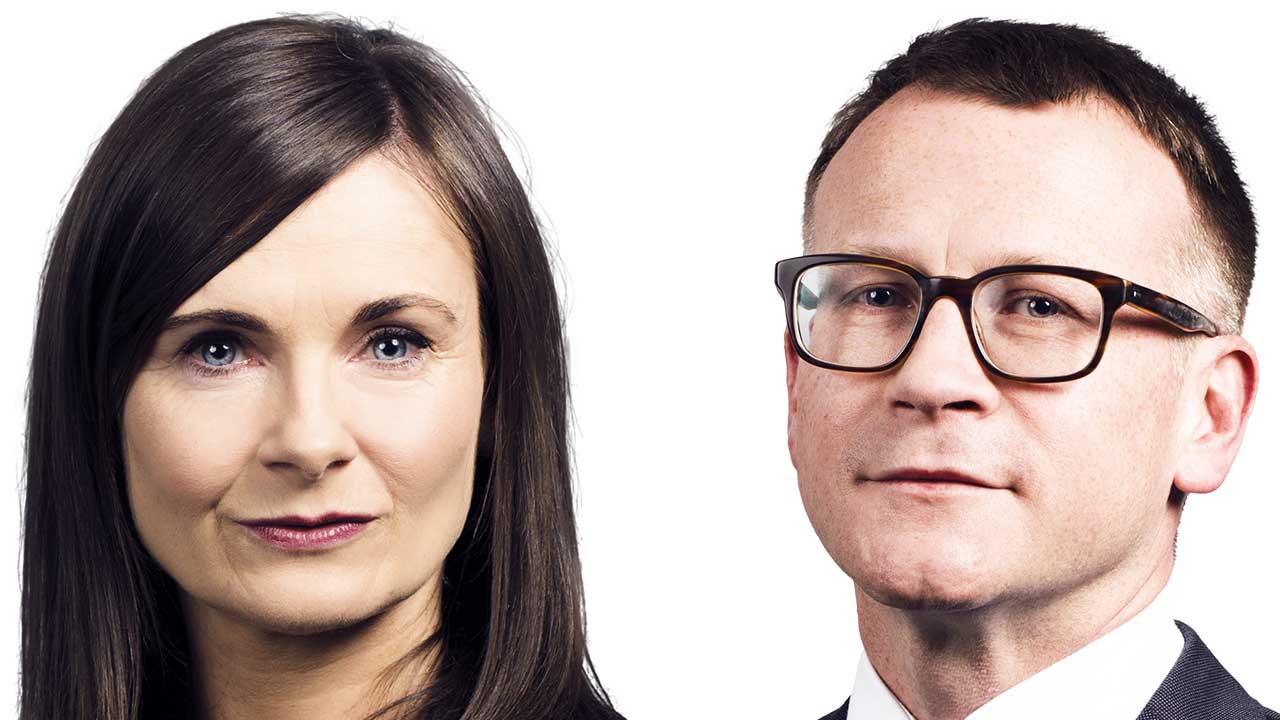 Q: What has been the key to your IP success in recent years?

A: Three partners lead the contentious IP team with extensive expertise in high-value multi-jurisdictional patent litigation concerning pharmaceuticals, biotech and medical devices – including a landmark victory in a patent injunction case before the Supreme Court in July 2019 (see patent highlights).

Q: What were some of the patent highlights for the firm in 2019?

The latter victory for Merck, Sharp & Dohme Corp was a highly significant win. The judgment clarified the correct test to be applied in all applications for preliminary injunctions in Ireland and has been described as the most substantial development in the law of interlocutory injunctions in Ireland in over 35 years. The judgment has tremendous significance for the pharmaceutical sector in particular, as in recent years it has been difficult for rights holders to obtain preliminary injunctions in Ireland. The test for a grant of preliminary injunction has now been clarified and rights holders should feel more confident in applying for such relief. It is clear from the judgment that the failure to clear the way by a defendant will be a significant factor in the court deciding whether to grant such relief (for further information see www.bailii.org/ie/cases/IESC/2019/S65.html and www.lawsociety.ie/gazette/legal-analysis/weapon-of-choice/).

The team acted for Amgen Inc before the Commercial Court in patent infringement proceedings commenced by Fresenius Kabi relating to Amgen’s biosimilar of blockbuster biologic drug Humira, which is used to treat rheumatoid arthritis. This was highly unusual litigation involving a dispute between rival developers of a biosimilar.

The team also acted for Eisai in defence of Commercial Court patent revocation proceedings brought by Eli Lilly in respect of an Eisai patent that protects a pharmaceutical product used in the treatment of neurodegenerative diseases, including Alzheimer-type dementia and Down Syndrome. Whitney Moore obtained a partial stay of the proceedings.

Finally, the team acted for Edwards Lifesciences in a patent dispute relating to heart valve technology. Indeed, the team has acted in all of the patent proceedings relating to medical devices to come before the court in recent years. 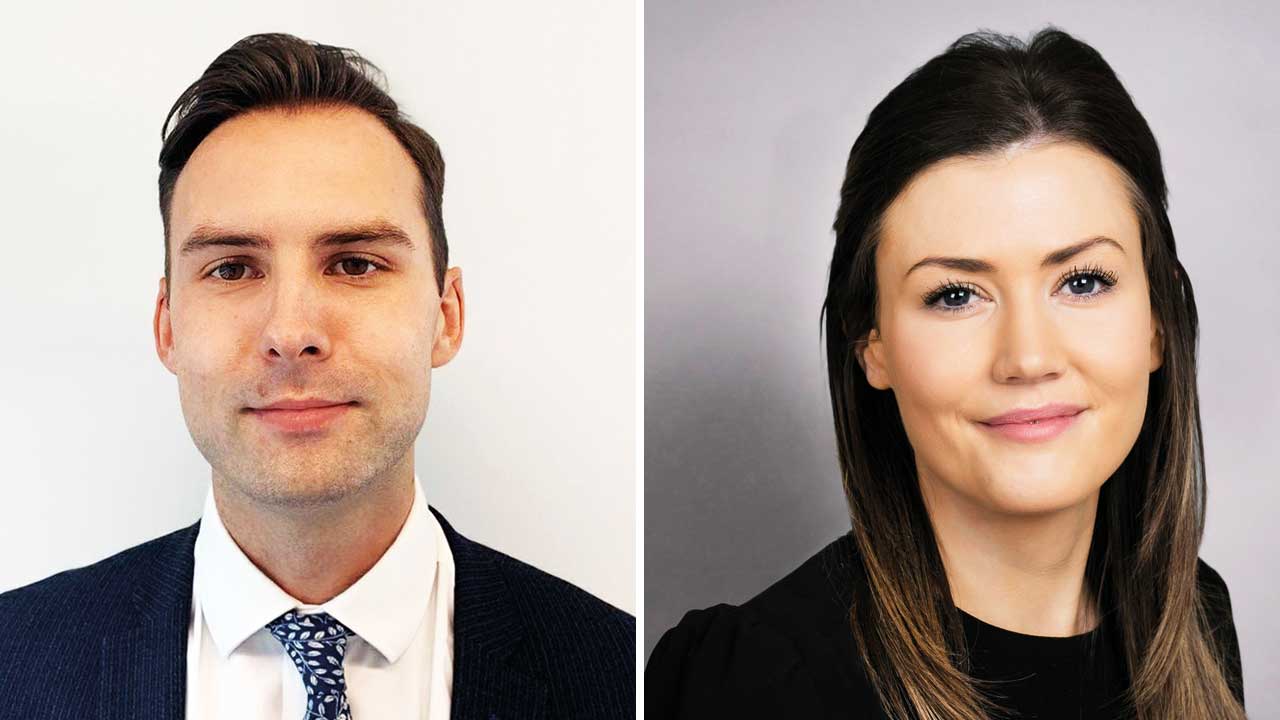 Q: How has technology affected the way that you practise?

A: Whitney Moore has sought to take advantage of the latest technology and legal software to streamline its case management and discovery review processes.

Q: How do you target and win work from overseas clients?

A: Many of the major global pharmaceutical, biotech and medical device companies have set up manufacturing operations in Ireland. As such, the country has become an important jurisdiction for patent litigation in Europe, with a significant increase in litigation relating to these fields. The team has extensive experience in patent trial matters, including discovery hearings and stay and patent amendment applications. It also provides pre-litigation advice on the prospect of patent infringement and/or patent invalidity proceedings, licensing and assignments and related strategy. Almost all of the patent-related disputes in which we are involved form a part of wider pan-European litigation. The team is highly experienced in dealing with multi-jurisdictional patent disputes.

Q: You have been particularly active in the pharmaceutical sector. Which recent cases have had the biggest impact on the industry?

A: As outlined above, Whitney Moore’s IP team had a highly significant win before the Supreme Court in July 2019 for client Merck Sharpe & Dohme Corp. The court unanimously allowed Merck’s appeal against the judgments of the High Court and Court of Appeal refusing a preliminary injunction restraining the alleged infringement of Merck’s supplementary protection certificate (SPC).

Whitney Moore recently acted for Mylan in defence of patent infringement proceedings commenced by Teva Pharmaceuticals. The proceedings concerned Teva’s blockbuster drug Copaxone and Mylan’s generic product. The application for preliminary injunction brought in this case was extremely unusual and novel in that it concerned an Irish patent relating to the manner of administration of Copaxone, a multiple sclerosis treatment. Interlocutory relief was sought by Teva to restrain the production thereof in Ireland on the grounds of harm allegedly being suffered exclusively in the US market – the first such application for a preliminary injunction in a patent matter that we are aware of to come before either the Irish or UK courts based solely on irreparable harm occurring in a foreign jurisdiction. The firm successfully resisted the application and the main proceedings were resolved on favourable terms in May 2019.

Q: Are there any other industries or sectors that are particularly hot at the moment or that you expect to become more active?

A: Ireland has become a significant manufacturing centre for pharmaceuticals and this has led to a corresponding increase in patent litigation. The number of preliminary injunctions being sought in respect of the infringement of SPCs has increased in recent years and it is envisioned that this will rise again in the coming years.

Patent infringement litigation in the pharmaceutical, biotech and medical device sectors has been particularly active in Ireland and across Europe. We expect this trend to continue and to grow further.

Q: What major trends do you think will shape the Irish and wider European patent markets in the next five years?

A: A dedicated IP and technology list is expected to be established in Ireland by early 2020 as a sub-list of the Commercial Court. In addition, the UPC might be adopted, subject to international developments.

Q: What advice would give you to a young patent lawyer starting their career?

A: We would advise young patent practitioners to stay attuned to the latest developments in the rapidly changing patent sector. We would also recommend that they participate in local and international IP associations.

Q: What are your priorities for the development of your IP practice in the next few years?

A: Whitney Moore’s IP team is constantly seeking to hone its expertise and keep pace with developments in the patent and wider IP market. We will continue to develop our contentious litigation practice, particularly in the pharmaceutical and medical device sectors.