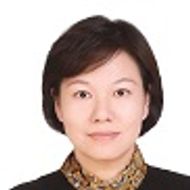 The long-held view that a trademark has been properly used in Taiwan if the holder has advertised its branded service in Taiwan, irrespective of the fact that the service was offered in a foreign country, has been upended in a decision rendered by the Intellectual Property and Commercial Court (IPC Court) earlier this year.

‘Trademark use’ as referred to in Article 5 of Taiwan’s Trademark Act means the use of a trademark for marketing purposes in any of the following situations so as to enable the related consumers to recognise it as a source identifier:

These uses include those conducted via digital audio/video, electronic media, the Internet or other media.

In general, when being asked to respond to a non-use cancellation action, the trademark holder has the burden of proving actual use of its mark via a common type of transaction in the trade network.

However, Taiwan’s Trademark Act does not expressly mandate whether the use of a trademark is confined to its use on the designated goods or services sold or offered in the territory of Taiwan, insofar as a trademark is designated for use upon services. Some commentators and court decisions have thus posited that provided that a trademark holder has advertised or propagated its branded service in Taiwan, the mark shall be deemed to have been properly used irrespective of the fact that the service was offered in a foreign country. However, this view was rejected in a judgment rendered by the IPC Court on 28 January 2021.

Tokyu Corporation is a Japan-based company, which secured a trademark registration on 1 May 2016 for its house mark in Chinese characters in respect of “advertising, department store, supermarket” in Class 35. However, the validity of said registration was challenged by a third-party filing a non-use cancellation action filed on 10 February 2020 and based on the fact that the trademark had not been used for three consecutive years. As a defence, the trademark holder submitted evidence – including brochures, flyers and coupons – averring that when the trademark holder participated in some international tourism exhibitions held in Taiwan between November 2018 and June 2019, a number of advertising materials were dispatched to potential customers to promote services offered by TOKYU Department Store.

When the trademark holder resorted to a remedial action by filing an administrative litigation with the IPC Court, the court vacated and remanded the IP Office’s decision for reconsideration.

The IPC Court held that Taiwan’s Trademark Act is territorial. Accordingly, in an attempt to prove that a trademark has been used after or during its registration, the trademark holder or its authorised user ought to have provided evidence attesting to the use of the trademark on the designated goods or services sold or offered in the territory of Taiwan.

The IPC Court further indicated that the phrase “for marketing purpose” referred to in Article 5 of the Trademark Act, must eventually be for the purposes of commercial transactions. In other words, “for marketing purpose” is not solely for consumers to have in mind an impression of a brand. Only if there is the possibility of a practical transaction subsequent to a marketing activity, shall the legislative purpose of the Trademark Act to protect local consumers from confusion or misleading behaviour, and to maintain fair competition in the Taiwan market be achieved.

In addition, the IPC Court held that, in the test of trademark use, substantial weight should be placed on whether a trademark has been used frequently or in a manner that yields economic significance. That is, use of a trademark could be established only if its marketing activities may eventually contribute to creating a market or adding the market value of the trademark in Taiwan by actual business transactions.

The IPC Court said that in the cases where a service is offered by a liaison or a distributor in Taiwan, allowing Taiwanese consumers to, for instance, book a restaurant or obtain a car rental service abroad in Taiwan, part of the transaction could be considered to have occurred in Taiwan and the trademark shall be deemed to have been used.

The view expressed by the IPC Court in this case could have a considerable impact on trademark holders whose services are offered outside of Taiwan. This case is currently before the Supreme Administrative Court for trial. If this upholds the IPC Court’s opinion, a registered trademark, although having been advertised in Taiwan, may be vulnerable to a non-use cancellation in the absence of any actual business transaction.