Why the SPECTACLES trademark case is one to watch 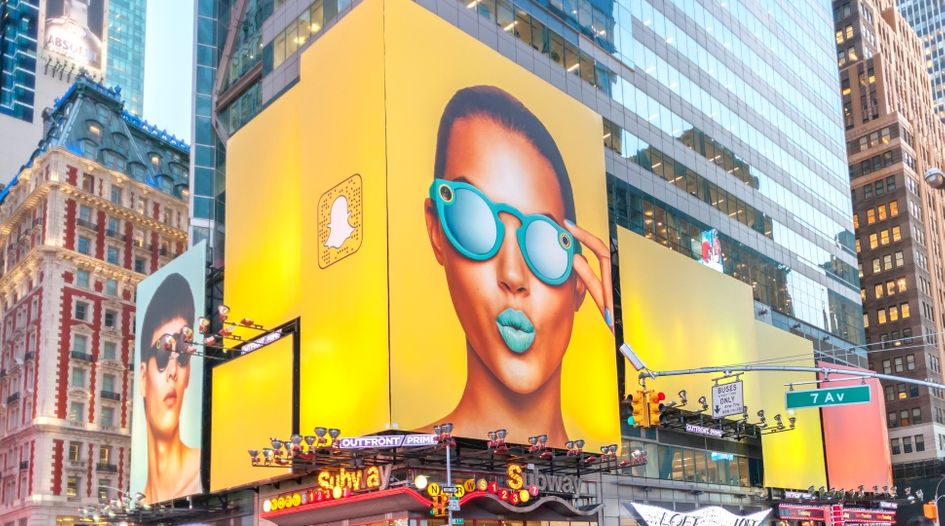 With technology company Snap taking the USPTO to court for rejecting the registration of a SPECTACLES trademark, Phillips Nizer partner Alan Behr outlines his thoughts on the dispute in our latest opinion column.

Years ago, while starting an excursion as part of the annual meeting of the International Trademark Association (INTA), which was in Orlando that year, I sat on a tour bus with an examining attorney from the USPTO. She offered a tip for how to describe goods and services in a US trademark application: “We are like children,” she said. “We are very literal.”

The USPTO conducts its proceedings in English and, indeed, expects English translations of any marks that might have meanings in foreign languages. It uses the translations to help it gauge, on an apples-to-apples linguistic basis, if there is any likelihood of confusion in the marketplace. Because, for fashion and other consumer goods, the marketplace is typically seen to be the American public or,some cases, niche markets such as consumers of luxury goods, words contained in marks are typically evaluated based on perceived popular meanings. As a result, over the years, this lawyer-heavy office of the executive branch of the federal government—an agency of the Commerce Department, to be specific—has become a rather curious custodian of American English.

That was driven home again recently in a case filed in federal court in the Central District of California by Snap Inc, which owns the popular Snapchat app. Snap is suing to force the USPTO to reverse itself and allow the registration of SPECTACLES as a trademark for its devices that look like pairs of sunglasses with cameras built in. The product line, to which it assigns “smart glasses” as the generic term, allows users to record video for use with the brand's popular Snapchat app.

In support, the plaintiff asserts that use of the term spectacles in the sense of vision glasses is “old-fashioned”. Consider Benjamin Franklin, generally regarded as the creator of bifocals, who observed in a letter in 1784 that he was, “happy in the invention of double spectacles, which serving for distant objects as well as near ones, make my eyes as useful to me as ever they were”.

The USPTO had rejected the registration of two SPECTCACLES applications, rejections upheld by the TTAB, which held that spectacles is a generic word – that it remains, in simple terms, a synonym for eyeglasses. It ruled that Snap had been unable to prove that its marketing and sales efforts have changed the primary significance of the term spectacles to mean its product line.

In simple terms, the question presented to the court is whether the original meaning of term spectacles in both the medical sense (as vision aids) and fashion sense (eg, the wire-rims of John Lennon and the Persol sunglasses of Steve McQueen) has been superseded in popular American English by a new tech meaning: a brand of camera-bearing glasses owned exclusively by Snap. If so, henceforth, for any such glasses and any goods or services reasonably related to them, Snap will be the exclusive owner of the word spectacles and the sole arbiter of how that word is employed for as long as it shall so use the mark in interstate commerce.

If that is now true, we would expect that the meaning of the Franklin quotation above would no longer be widely understood by those not familiar with archaic terms or the history of eyewear. As someone who has called his own glasses his "specs" for as long as he can remember, when I first read of the case, I wondered if I should nurture a concern about personal linguistic obsolescence. It was therefore a relief when, on asking my middle schooler to define spectacles, he replied that it meant his eyeglasses and others like them.

Should the court agree, the case will likely end right there, but it will be interesting to watch the type of evidence and testimony that the plaintiff will offer in its attempt to convince the judge otherwise. If it can show at trial that the American public (beyond my family) instead thinks primarily of Snap’s smart glasses whenever the term spectacles is mentioned, it will have prevailed. American English will thereby have been adjudicated to have shifted a notch—and I suppose that my son and I will have to reconsider our personal lexicons.