New figures show that the US Trademark and Patent Office (USPTO) received over 440,000 new trademark applications in 2017, a rise of more than 13% year-on-year. Writing for World Trademark Review, the USPTO’s trademark commissioner, Mary Boney Denison, has promised that a “substantial number” of examiners would be hired in 2018 to ensure that the office can effectively handle the increase in application volume.

As first reported on the iPelton blog, records from the USPTO Trademark Electronic Search System (TESS) indicate that the USPTO received 440,768 new trademark applications in 2017. This was a rise of 13.4% from the 2016 figure of 389,000, wherein that year only saw a modest increase of new applications from the 2015 figure (of 378,000). Last year was also a record year for the number of trademark registrations at the USPTO, at 255,008. As Erik Pelton, of Erik M Pelton & Associates, notes: “With the rate of growth in application filings and registrations issued, the USPTO trademark register indicates steady and increasing growth in the economy.”

Naturally, though, a rapid increase in new applications and registrations will bring to mind question marks around trademark pendency and quality (as we reported previously, for example, the number of applications from Chinese entities has rocketed but concerns abound with respect the legitimacy of many of these filings). But in an exclusive article in the latest issue of World Trademark Review, the USPTO’s trademark commissioner Mary Boney Denison voiced her confidence that both criterias were being met – and would continue to do so into the future.

“The organisation continues to meet its commitments on trademark pendency, a subject of crucial importance to rights holders when it comes to making business decisions,” she writes. “Trademark quality targets were [also] surpassed in all categories in fiscal year 2017, showing that specialised training, online tools and enhanced communication efforts are proving effective.” She revealed that examining attorneys issued close to 600,000 initial first actions in fiscal year 2017, with pendency maintained at approximately three months from receipt of an application to issuing a first action. Disposal pendency was similarly meeting targets; the average number of months from date of filing to notice of abandonment, notice of allowance or registration is well under the 12-month target (where it has remained since 2008).

Naturally, all of this is only possible through being able to keep up with the significant rise in new applications the office is receiving. Denison states that, in fiscal year 2017, the USPTO hired 66 examining attorneys – meaning the total number of trademark examiners was now at 549. She added: “[We] expect to hire a substantial number again in 2018 to ensure that our capacity meets the expected increase in application volume.”

Beyond just adding to the workforce, she furthered the development of current employees to meet growing demand. “The USPTO provides multifaceted training for its employees, including in-house legal training, training on new legal research technological resources, training on maintenance document review procedures to minimise errors and continuing legal education on relevant topics provided by outside attorneys,” she reveals. “Adopting more rigorous, customer-centric outreach has also resulted in valuable feedback for examination quality. Such outreach includes regular meetings and roundtables with external constituent groups, a customer call centre, cooperative efforts with industry groups on updating identification of goods and services, and an email box for customer input.”

The USPTO clearly faces a tough challenge this year – if the current rate of new trademark applications increases at the same rate, it will approach half-a-million in 2018. However, it appears to be ready to respond accordingly.

The full piece from Denison, which also expands on the office’s efforts against solicitation scams, the impact of recent rules changes and insight into its priorities for 2018, is available to World Trademark Review subscribers here. 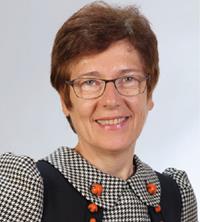