Every Tuesday and Friday, World Trademark Review presents a round-up of news, developments and insights from across the trademark sphere. In today’s edition, we look at the first public comments from the USPTO’s new director, the Japanese government’s partnership with Nigeria to tackle fakes, and more details on trademarks after Brexit. Coverage this time from Tim Lince (TJL), Adam Houldsworth (AH) and Timothy Au (TA).

USPTO director makes first public appearance – Barely 24 hours into his new role, USPTO director Andrei Iancu has just attended his first official meeting, engaging with The Trademark Public Advisory Committee. Opening the morning’s discussions, he observed: “I am very happy to be here – it’s my first official meeting, so its special for me because of that – I started just yesterday. It has been quite a 24 hours.” Turning his attention to the specifics of trademarks he added: “Trademarks are a critically important part of our IP ecosystem… As with other aspects of IP, at a high level, the work we do here on trademarks we want to be accurate. We want it to be efficient. We want to provide certainty. And we want to provide reliability to the rights holders and to the public.” Speaking shortly after Iancu, trademark commissioner Mary Boney Denison enthused: “We are excited that Andre is here and it’s really fun that we got his first public appearance.” Just what strategic plans he has for the trademark function will be revealed in the future. What is certain is that, in the coming months, it will be the patent side of the USPTO that will demand Iancu’s attention. It’s a positive sign, though, that he ensured that trademark engagement was high on the ‘to do’ list for his first day in office. (TL)

The challenge predicting the impact of Brexit – At the end of January, the EUIPO issued a Q&A document on EU trademarks and registered Community designs in the context of Brexit. The 11-page document provides a detailed response on the practicalities of Brexit, noting that EU law does not offer any legal basis which would allow for a prospective ‘partial transformation’ of an EU trademark into a UK mark, and that a UK national qualifying as a lawyer will not be able to represent a party in proceedings before the EU Intellectual Property Office if they are not qualified in one of the member states of the European Economic Area (EEA), established in the EEA, and entitled to act as representative in trademark matters in that EEA member state. Having reflected on the document, Lee Curtis, a trademark attorney at UK IP firm HGF, has told World Trademark Review that – while it is “probably the most detailed paper yet to be produced on the practicalities of the exit of the United Kingdom from the European Union” – the scenarios outlined could still be very different in practice: “The paper implies there is little prospect of European Trademark and Design registrations covering the UK post-Brexit, but the paper is qualified as presuming that there is no bilateral agreement between the UK and the remaining EU members post Brexit and does not take account of any transitional agreement. In all likelihood there will be a bilateral agreement of some sort, the provisions of which are still to be determined, and noises presently coming from the trade negotiations implies that a transitional agreement lasting until 2020 will stay the full impact of Brexit on trademark and design protection across the EU for a while at least.” It is wholly positive that the EUIPO is striving to keep practitioners updated on the implications of Brexit but the ultimate outcome remains clouded in uncertainty. (TL)

Ghanaian officials issue counterfeits warning – The Ghana Standards Authority (GSA) has warned consumers in the country of the dangers surrounding counterfeit electrical goods. The scale of the counterfeit industry was “overwhelming”, according to Francis Akpaloo, a GSA engineer, but that was not sufficient reason to abandon the fight against fakes. Speaking at a workshop, he asked retailers to consider which high-risk products were in their portfolios, and take steps to reduce the chances of selling counterfeit goods. The event was part of a series of public education events aiming to highlight the dangers of counterfeit products – especially electronics – and to encourage businesses not to sell knock-off goods. (AH)

Louboutin responds to speculation of loss of Red Sole trademark – Christian Louboutin has broken with its ordinary protocol of not commenting on pending legal decisions to dismiss press speculation that it is on the verge of losing its EU trademark for exclusive use of a red sole on stiletto shoes. The speculation (see here and here) arose following comments from an advocate general at the ECJ who said that the mark could be invalidated, because it combined both colour and shape. Maciej Szpunar commented that the colour red could not be considered apart from the shape of the sole, and shapes are not usually eligible for protection under EU trademark law. The high-end shoe designer has since said that reports about the advocate general’s comments had been mistaken in their conclusions about the likely outcome of its long-running battle with Dutch retailer Van Haren. “A close reading of the full opinion”, it stated, “in fact supports trademark protection for our famous red sole, rather than threatening it”. (AH)

BBC takes alleged Chinese infringer to court – The British Broadcasting Corporation has sued a Chinese app maker which it accuses of infringing its BBC trademark. iYuba has launched an app called ‘BBC Learning English’  which has been downloaded more than 250,000 times so far. According to the Global Times, the defendant failed to respond to several cease-and-desist letters, before being sued. The world-famous broadcasting organisation is seeking 500,000 yuan in damages. (AH)

Over 40,000 fake electronic goods brought to US by Chinese ‘student’ – It has been reported that a Chinese national, who was living in the US on a student visa, has pleaded guilty to smuggling and distributing over 40,000 electronic devices and accessories, including iPhones and iPads, into the country. Conspiring with a number of other individuals, he managed to avoid detection by US Customs and Broder Protection officials by shipping the offending devices separately from the labels with the counterfeit trademarks for later assembly. The products were shipped to others working with him across the country and proceeds from the sales came back via an elaborate scheme that masked the source of the funds – he received payments for his work that totalled to over $1.1 million in sales. (TA)

Japan to assist Nigeria in fight against fakes – The Japanese government has pledged to assist Nigeria in tackling “substandard and counterfeit products”, according to local media. Japan will collaborate with relevant government agencies to ensure staff are sufficiently trained; this will include various workshops to detect fake products. “It will be a win-win situation for both countries,” says Taku Miyazaki, trade commissioner at Japan External Trade Organisation. “Trust will be enhanced, trade volume, investments and productivity will increase.” This isn’t the only example of Japan assisting countries in the fight against fakes – other recent examples include partnerships with the governments of United Arab Emirates and India. It’s another reminder that tackling fakes requires international cooperation, and it’s positive to see the Japanese government taking such concerted efforts in this regard. (TJL)

‘.com’ on the up – Over on The Domains, Raymond Hackney reports that Verisign processed 9 million domain name registrations for ‘.com’ and ‘.net’ in the fourth quarter of 2017, up slightly on the same period in 2016 (8.8 million). It means that Verisign ended the fourth quarter with 146.4 million ‘.com’ and ‘.net’ domain name registrations in the domain name base. There has been a fair degree of settling taking place in terms of new gTLD domains. According to ntldstats.com, the number of domains in new gTLDS (at time of writing) stands at 22,752,785. This is a drop on previous months, in large part due to the non-renewal of free registrations. Considering the two statistics together, it serves as a reminder that ‘.com’ is still the one TLD that truly matters in terms of policing and enforcement efforts. (TL)

ICANN offers refunds – ICANN is to offer the applicants of three new gTLDs identified as too risky to launch full refunds of their applications fees, reports Domain Incite’s Kevin Murphy. The move follows the revelation that ICANN’s board of directors have decided against delegating the ‘.corp’, ‘.home’ and ‘.mail’ TLDs. ICANN stated that “the applicants were not aware before the application window that the strings… would be identified as high-risk, and that the delegations of such high-risk strings would be deferred indefinitely”. As such, rather than a partial refund, the applicants will receive their original $185,000 application fee. As Murphy opines, getting their money back may come as little comfort given that they have had funds tied up limbo for the last six years. (TL)

Seller accuses Amazon of being lax on fakes – A small business owner has spoken to CNBC about the lost sales she has experienced due to impostors of her brand on Amazon. Holly MacLean, owner of baby clothes brand Wee Urban, claims she was invited to Amazon’s new anti-counterfeiting program for sellers – and this was after she tried to quit the marketplace. In the article, she comments on how she blames Amazon for the issue of fakes on the platform. “They're lighting all these fires, and then giving us the hose,” she stated. The rise in concern of fakes on Amazon is a subject we’ve written about before, and it appears to be a problem that’s not easing off for the marketplace giant. (TJL)

Your new World Trademark Review platform – If you are reading this and are a regular visitor to ‘www.worldtrademarkreview.com’ (and we hope you are!) you will notice that the website looks a little different this week. In a bid to ensure that the latest trademark market intelligence and business critical insights are delivered in the most efficient and accessible way possible, we have re-engineered the platform to offer an optimum user experience, drawing on a revamped navigation structure and a range of new features. To help you find the information you need quickly, we have new topic-based information hubs focused on such key practice areas as anti-counterfeiting, enforcement and litigation, and portfolio management, as well as strategic insights related to the online world, brand management and trademark law. We also offer a range of analysis landing pages, enabling you to drill down into – among others – case law, market, strategic and brand management analysis. Our regional hub pages similarly allow you to find the latest jurisdiction-focused content quickly, while a range of sector pages which the latest intelligence and analysis specific to particular industries at the click of a button, including consumer goods, fashion & luxury, food and beverage, internet and online, media & telecoms, pharmaceuticals, retail, technology and vehicles & transport. As always, we welcome any feedback on the new site, so please contact us if you have any. (TL)

Have your say on the state of the industry – World Trademark Review is currently inviting industry practitioners to participate in the Global Trademark Benchmarking Survey, which measures the pulse of the industry, tracks industry trends and identifies how practice is evolving to counter new threats and embrace fresh opportunities. Participation in the survey is free of charge and designed to give counsel – both in-house and in private practice – the opportunity to have their say on the state of the trademark industry. The survey form for in-house/corporate counsel is available here. The survey form for law firm practitioners is available here. (TL) 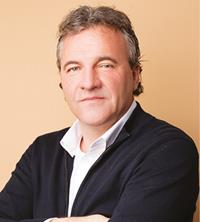