Navigating the idiosyncrasies of the Italian filing system

The Italian Patent and Trademark Office has made significant steps towards improvement over the past 10 years. However, foreign rights holders should be aware of the system’s various quirks.

International rights holders that are lucky enough to deal with Italian trademarks should be aware of some novelties relating to the Italian Patent and Trademark Office (UIBM).

The UIBM has never featured at the top of the efficiency charts of the world’s patent and trademark offices. However, it has made significant progress over the last 10 years – so much so that some of its best-known problems (slowness, excessive bureaucracy and the cumbersome nature of proceedings) have become a distant memory in some sectors.

Despite this improvement, foreign rights holders should remain aware of one Italian peculiarity. On renewal of a trademark registration, the UIBM assigns a new filing and registration number to the renewal mark. As a result, proof of the validity of an Italian trademark must be submitted by providing the last registration number and a trace back to the first filing number.

In this regard, the UIBM’s official database is a useful tool through which rights holders can obtain extracts in order to reconstruct a mark’s history.

Two databases are currently available for trademarks: the traditional database, which has been active for the past decade, and a modern database, which is still being implemented. Unfortunately, the transition from the old to the new database has not been without problems and inaccuracies have been found in both. Such issues can be remedied only by checking the Trademark Bulletin (for new applications) or by consulting the UIBM directly (for old registrations).

To complicate the situation, all Italian trademarks – in conjunction with the adoption of the UIBM’s new e-filing system – are now subject to a different numbering system. Each new trademark has a 15-digit number, of which the first six digits comprise the number 30 followed by the year of filing (eg, the number for trademarks filed in 2017 begins with 302017), while the remaining digits merely start from one. Helpfully, the UIBM has provided a conversion table that allows rights holders to amend and add prior registration numbers in the present system.

One positive note to this numerical revolution is the fact that the 15-digit numbers assigned to applications will no longer change upon registration.

The accurate management of Italian registrations in an IP portfolio should enable rights holders to replace old registration numbers (which exceeded 1 million) with the new 15-digit numbers, bearing in mind that the number will change again on renewal.

Other improvements recorded in the last two years include increased possibilities for online activities (accessed through the UIBM e-filing platform) and the significant reduction in the time taken to register recordal applications. To date, the only procedure that cannot be performed online is the filing of an international trademark application. Further, obtaining confirmation of a registered change of ownership or name recordals now takes only a few weeks (compared to the few months that rights holders were accustomed to waiting).

The dematerialisation of registration certificates, which have been replaced by electronically signed PDF documents, will also reduce the granting time for renewals (to a few months) and the registration time for non-opposed marks (applications are generally published within six to seven months and, without opposition, are registered within 12 to 15 months from filing).

The (late) discussion on retail services: a happy ending

With regard to the examination procedure, the UIBM has taken another step forward by implementing protection for sales services in Class 35. In 2017 a dispute arose between rights holders and the UIBM, which resulted in the Board of Appeal issuing an opinion. The protection of sales services had been resolved at EU level 10 years previously, with the European Court of Justice decisions in Giacomelli and Practiker. However, in early 2017 the UIBM suddenly began to issue refusals relating to the protection of these services in Class 35.

The doubts related not only to the formulation of the specification – that is, whether it should include the indication of sale and list the goods being sold – but also to the real protectability of sales services in the class.

In December 2017 the UIBM affirmed that it “will proceed to the registration of the trademark applications that intend to protect the sales services, to be understood as services related to the wholesale or retail sale (which are exhaustive with the sale), with the clear specification of the types of products related to said services... in the light of the above considerations, the findings issued in the past months, pending a response, whose terms for the reply have already expired (irrespective of whether or not there is an answer) will be resolved and remedied by the [UIBM] in line with the indications given in this communication”.

The announcement pins down an issue that was already resolved in much of the European Union and is extremely favourable for rights holders. Further, the way in which the UIBM resolved the issue (through a mere communication) emphasises that the aim to minimise bureaucracy is among the office’s  guidelines.

Opposition proceedings: the Board of Appeal’s key role

There is still a considerable delay in the execution of opposition proceedings. Despite the law setting a maximum duration of 24 months on proceedings, even relatively simple decisions (eg, oppositions against Italian designations in international trademarks that are not defended and are therefore upheld) are slow to be issued.

However, the timeframe for proceedings before the Board of Appeal – which issues second-degree decisions regarding oppositions – has improved, and these are generally discussed and resolved within one year. Active in the field since 2013, the board has created a set of principles to guide UIBM examiners (in particular, opposition examiners), as well as trademark representatives and owners.

The decisions issued in 2015 and 2016 (those issued in 2017 are not yet published) demonstrate trends that are well established and clearly followed by the board and which should be received by UIBM examiners.

In Appeals 7432 (Decision 06/16) and 7458 (Decision 46/16) the board recalled a (suitably Italian) difference between complex and joint marks. A ‘complex’ mark was defined as a composition of several elements, each having its own distinctiveness, the examination of which must be carried out separately for each element. In contrast, a ‘joint’ mark comprises various elements which individually lack distinctiveness, but which in combination – or rather as a whole – create a distinctive value that is more or less accentuated.

The distinction between these types of trademark is used by the Board of Appeal, particularly when evaluating evidence of use or similarity among single elements in a complex or joint sign. For instance, in Appeal 7432 the use of the word ‘busitalia’ was not enough to overcome a proof of use request in relation to a figurative complex mark which included the wording “E IO CI VADO COL BUS, www.busitalia.it, BUSITALIA, Prima Classe come te!”.

In Appeal 7458 the concepts of complex and joint marks were used to affirm that in a complex mark, the distinctiveness of the figurative elements may be superior to that of the verbal elements. Indeed, the board affirmed that there is no abstract hierarchy between verbal and figurative trademarks. Therefore, the image of a person and other graphic elements was considered more relevant than the name ‘Capri’, which was included in the mark and protected by the opponent’s registration.

Unlike the EU Intellectual Property Office, the UIBM and Board of Appeal (and Italian case law in general) have a well-established history of distinguishing between weak and strong trademarks, and issue many decisions that reaffirm this principle. In Appeal 7460 (Decision 48/16) the Board of Appeal stated that the assessment of confusion must be conducted without omitting an examination of the strong or weak nature of the trademark. Weak marks enjoy less protection on the grounds that the consumer’s rational analysis of the sign occurs at a later stage. However, in this case, the BIODHARMA mark was refused registration – despite the weak nature of the prior BIODERMA mark – due to the distinctiveness that it had acquired through use.

Further, in Appeal 7391 (Decision 14/15) the Board of Appeal stated that although it must be taken into account that the average consumer in the relevant sector is educated and circumspect, when it comes to widely consumed, impulse-purchase products, a lower level of attention should be taken for granted at the time of purchase. As such, the risk of confusion remains high.

Thanks to the intense work of the Board of Appeal, clear guidelines are beginning to emerge for trademark owners on what can be registered and what is risky to register in Italy. Until a few years ago, the principles now affirmed by the board were taken from civil case law, which was tasked with removing trademarks from the register (it is worth noting that until 2011 there was no opposition procedure in Italy) but was usually more inclined to consider aspects of infringement or counterfeiting than the elements significant to filing and prosecution.

Rights holders should follow the Board of Appeal’s indications even with reference to generally private actions (eg, coexistence agreements). Indeed, in Appeal 7388 (Decision 10/15) the board held that coexistence agreements are valid only if, and insofar as, they prevent the risk of confusion among the public. Where the content of the agreement allows for the confusing or deceptive use of a trademark, the agreement is considered null and void on the grounds of unlawfulness (for reasons contrary to public economic policy). 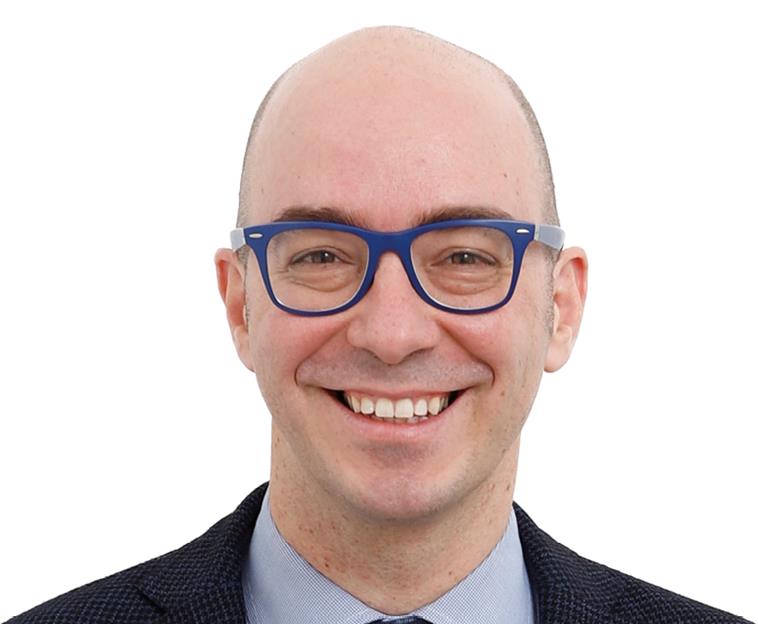