According to the preamble of the Commission Delegated Regulation 2018/625 (5 March 2018), the basic principles of legal certainty and the discretionary powers of the EUIPO are addressed. Overall, it is believed that the underlying considerations are transparent, thorough, fair, flexible and consistent.

The principle of legal certainty is incorporated into European trademark law and is especially present in the EU Trademark Directive. Legal certainty means that the law must provide a clear framework to regulate the conduct of people and businesses and ensure that decisions are taken in accordance with the law. In other words, legal certainty is the foundation for European trademark users to have confidence in the sound, predictable and fair administration of the EUIPO.

The preamble of the EU Trademark Directive states that “the procedural rules on opposition should ensure an effective, efficient and expeditious examination and registration of EU trademark applications by the Office using a procedure which is transparent, thorough, fair and equitable”. In order to enhance legal certainty and clarity, those opposition rules should take into account the extended relative grounds for refusal in EU Regulation 2017/1001 – in particular regarding the requirements for admissibility and substantiation of opposition proceedings – and should be adjusted to better reflect European Court of Justice (ECJ) case law and to codify EUIPO practice.

The principle of legal certainty is complex, but it is acutely felt if it is not implemented and has taken root in the administration and examination of government bodies. When confronted with legal uncertainty, lawyers experience injustice.

To date, EUIPO practice has fluctuated between whether it informs the parties of its decision upfront or when passing the decision.

To ensure legal certainty, the relevant boundaries of such discretion should be accurately reflected in the rules governing opposition proceedings or proceedings for the declaration of the invalidity of EU trademarks.

When exercising this discretionary power, the EUIPO is obliged to find a compromise between the interests of both parties.

State of the EUIPO

A way to measure whether the principle of legal certainty is in balance with its discretionary powers is by asking EUIPO users whether they find EUIPO decisions predictable. Ideally, almost all decisions should be predictable. Perhaps the outcome may not be in favour of a client, but the outcome should not come as a surprise – it should be a calculated risk.

Fortunately, the user satisfaction rate is (slowly) on the rise. Nevertheless, a ratio of approximately 70% predictability with EUIPO decisions must be considered unsatisfactory. The EUIPO’s own target for 2018 and 2019 was 65%, which could be considered unambitious. The unpredictable decisions are reflected in the high appeal rate and the rate of decisions that are overturned.

According to the EUIPO Strategic Plan 2020, it is apparent that for the past several years the EUIPO has been working on building “a dynamic and knowledgeable organisation and increasing transparency and accountability” (for the full report see: https://euipo.europa.eu/tunnel-web/secure/webdav/guest/document_library…).

A special focus of the EUIPO has been to complete decisions on time and on budget. In addition, it appears as though pan-European collaborations (eg, cooperation programmes, TMview and TMclass) have achieved greater focus than the EUIPO. While not dismissing the EUIPO’s work, daily EUIPO users want to see the basics fixed on the road to increased transparency.

A question of balance

The EUIPO does not always achieve the desired balance when exercising its discretionary powers, as apparent from the key performance indicator statistics regarding user satisfaction.

A recent high-profile case, Genmab v GEMoaB, involved biotech market leader Genmab AS’s rights to a trademark and whether that mark could be considered to be reputed or well-known in the European Union. The contested figurative trademark GEMOAB MONOCLONALS GMBH NOVEL IMMUNOTHERAPEUTIC CONCEPTS is owned by Cellex Gesellschaft für Zellgewinnung mbH.

On 17 October 2018 the cancellation division upheld the application for a declaration of invalidity. It stated that the contested mark was invalid in its entirety and ordered the trademark owner to bear the costs. The decision was based on the reputation of the earlier rights under Article 8(5) of the EU Trademark Directive.

In order to demonstrate reputation and well-known character of earlier rights in the mark GENMAB, Genmab filed more than 2,550 exhibits. Each exhibit was briefly described in a document which included essential data such as date, source and a brief summary. All exhibits were filed on three USB sticks (two for the EUIPO and one for Cellex).

At the time of drafting the appeal decision, the board of appeal could access only 17 of the exhibits filed during the cancellation procedure, meaning that less than 1% of the reputation evidence was taken into account when assessing whether the earlier rights enjoyed an enhanced scope of protection under Articles 8(5) and 8(2)(c). The board of appeal spent six of the 30 pages of the appeal decision justifying the poor treatment and storage of the USBs. Finally, it concluded that since at the time of filing (as opposed to the time of the decision) the EUIPO did not allow electronic filing via USB, corruption of the files was therefore at the risk of the cancellation applicant. The board of appeal at no time mentioned that the evidence was accessible via the second USB that they had received. Only the document listing the evidence filed was referred to and subsequently rejected as insufficient to prove reputation without the actual exhibits.

Article 3 of Decision EX-17-6 explicitly mentions that if “an annex submitted … is illegible or cannot be opened, the Office will inform the sender accordingly and invite him or her to resend the original within a period to be specified by the Office”. The board of appeal stated that this does not apply to the reputation evidence filed in Genmab, as Decision No EX-17-6 was not in effect at the time of filing; thus, the board of appeal found no reason to inform the cancellation applicant about the corrupted files.

It is well known that it is not possible to submit a substantial amount of reputation evidence electronically via the EUIPO user area, as multiple documents cannot be uploaded. The only option is to file a duplicate hard copy. After the cancellation applicant contacted the EUIPO’s Information Centre and was told that USBs were an acceptable means of submitting reputation evidence, the cancellation applicant filed them as such.

Why the EUIPO did not immediately save the evidence on a server on receiving the USB files was not questioned. Nor was the fact the that the EUIPO originally received two USBs from the cancellation applicant. The extra USB was specifically filed to avoid a situation where one set of files became corrupted, meaning that evidence would still be accessible. The board of appeal failed to question the EUIPO on whether it had any difficulty accessing the evidence, to such an extent that the Cancellation Division upheld the application for declaration of invalidity and declared the contested trademark to be invalid in its entirety. At no point did the trademark owner state that any of the files were corrupted.

Mistakes happen and we are all the wiser for them. The difference between misuse and use of discretionary powers is manifested in the way that mistakes are corrected. Otherwise, resources are wasted on decisions that are not based on facts, such as whether an earlier right is well known.

Balancing the interest of both parties in inter partes procedures is a compromise. It is difficult to see how the board of appeal took Genmab’s interests into consideration when refusing to ask it to resend the evidence or to save it on receipt. It is not known why EUIPO failed to inform the cancellation applicant that a USB was not considered an acceptable means of submitting evidence until making the appeal decision.

In inter partes decisions the EUIPO can base its decisions on only the arguments put forward by the parties. The trademark owner never raised an objection or even questioned whether the means of submitting the evidence was acceptable. Nevertheless, the board of appeal raised this argument and did not take into account more than 99% of the evidence filed, while the trademark owner and the cancellation division addressed the reputation evidence in full.

As the issue was not raised until the board of appeal made its decision, the question remains as to whether the cancellation applicant was acting in good faith when it assumed that the means of submitting the evidence was acceptable to both the EUIPO and the trademark owner.

Unfortunately, there are numerous examples of the EUIPO’s misuse of its discretionary powers. Going forward, it would be refreshing to see the EUIPO inform parties of any irregularities upfront, thereby living up to its own rule in Article 3 of Decision EX-17-6 to inform the party which allegedly does not live up to EUIPO rules that, in order for evidence to be taken into consideration, exhibits must be refiled. This would grant the party the possibility to respond and defend its right, ensuring compliance with the principle of legal certainty and increasing the predictability of EUIPO decisions.

The views in this chapter belong to the author, who was involved in the Genmab v GEMoaB case when she worked at Gorrissen Federspiel. 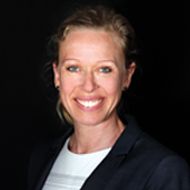 Louise Thorning Ahle joined Zacco in 2018. Between 2006 and 2015 she worked at the Danish Patent and Trademark Office (DKPTO). During this time, she was seconded to the EUIPO as a national expert on IP-related EU projects in Romania and Poland. From 2015 to 2018 she worked at a Danish corporate law firm and was admitted to the Danish Bar in 2017.

Ms Thorning Ahle is highly specialised in IP law, with a particular focus on trademark and design law. She assists clients with various proceedings involving the DKPTO and the EUIPO and offers advice on IP strategy matters. She was appointed a Rising Star by Managing Intellectual Property in 2019.