The Permanent Representatives Committee (COREPER) has voted to recommend that Christian Archambeau, currently the acting general director of the EUIPO, be appointed on a permanent basis. While the recommendation needs to be formalised, this last step is expected to be a formality.

COREPER is responsible for preparing the work of the Council and, earlier today, the EUIPO tweeted that, in Brussels on Friday, it had voted to recommend that the Council appoint Archambeau as its next general director. The vote comes over nine-months after António Campinos was elected as the next president of the European Patent Office (EPO), of which his five-year term commenced on July 1 2018.

On the day that election result was announced, we revealed that Archambeau had already emerged as a front-runner in the race to succeed Campinos (Patricia García-Escudero Márquez, director general of Spain’s Patent and Trademark Office, was expected to throw her hat into the ring but it is reported that Kai Härmand, deputy secretary general of the Ministry of Justice, Estonia, was the only other candidate formally in the race). In fact, with Campinos long having been rumoured to be in the running for the EPO presidency, speculation about Archambeau replacing him had commenced even before the formal EPO vote.

In January, we reported that the EUIPO executive director vacancy had been advertised by the management board (which is tasked with proposing candidates to the office’s council), something it is obliged to do. However, in the time since the EPO election, even while Campinos had remained in his EUIPO post, Archambeau has been highly visible on the trademark circuit – further strengthening the perception that he was in prime position to take over the top spot. It has now been confirmed that that was indeed the case.

When Campinos replaced Wubbo de Boer as executive director of, what was then, OHIM in 2010, he embraced an expanded remit for the office, sought to reform internal operations and subsequently oversaw a period of rapid expansion. Archambeau will, of course, be keen to make his own mark on the office and has the benefit of a deep understanding of internal operations and politics. However, with the Strategic Plan 2020 in place, in the immediate term the expectation is ‘evolution’ rather than ‘revolution’. In short, he is an office insider who brings a wealth of experience to the role and should seamlessly make the transition to the permanent position.

The EUIPO notes that the appointment is expected to be formalised in an upcoming Council meeting. While the timings on that are unclear, when the vacancy was advertised a start date of October 1 2018 was cited. In the meantime, it appears that the person currently occupying the executive director’s office will soon be able to settle in for the long-term. 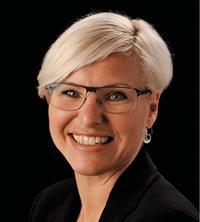