Prosecution strategies are dictated by the circumstances of the rights holder’s business. Nevertheless, a smart choice of trademark and thorough registration are key to protecting IP rights.

Pursuant to the Civil Code, a trademark is a designation serving to distinguish the goods or services of a legal entity or individual entrepreneur. Therefore, only these parties may obtain and enjoy trademark rights.

What is eligible for protection?

The law states that any word, image, three-dimensional or other designation, or combination thereof, may be registered as a trademark in any colour or colour combination. The phrase “other designations” ensures that the list of signs which can function as trademarks is open-ended and allows for the registration of non-traditional marks, including colour, sound, olfactory, position and hologram marks.

Russia is a first-to-file jurisdiction; therefore, trademark legislation does not recognise prior use rights. The exclusive right to use a trademark applies only to the mark that is granted state registration.

Rights holders can obtain trademark protection under the Civil Code, the Madrid Agreement or the Madrid Protocol, to which Russia is a member state. Rights holders may obtain protection through the national trademark filing system by filing a national trademark application with the Russian Patent and Trademark Office (RPTO) or by applying to the World Intellectual Property Organisation (WIPO) for simultaneous protection of their trademark in a number of designated territories, including Russia, under one application.

A trademark need not necessarily be registered to enjoy protection as a well-known mark. However, the designation must still undergo a special procedure with the RPTO.

In all proceedings before the RPTO, foreign applicants must be represented by Russian trademark attorneys duly registered at the office.

Upon initial substantive examination, the RPTO checks that the applied specification complies with the current version of the Nice classification.

The goods and services for which protection is sought must be properly classified and identified using precise and clear-cut wording. In practice, the Nice class heading simply designates the field to which the applied goods and services relate in general, and may not cover all of the relevant goods or services. Therefore, to obtain broader protection, rights holders can file their application with both the Nice class heading and the list of specific goods.

After the RPTO has accepted the specification of goods and services, the mark’s registrability is examined on absolute and relative grounds.

‘Absolute’ grounds are those that relate to the essence of the mark (eg, its distinctiveness, the likelihood of confusion and its similarity to state symbols).

‘Relative’ grounds for refusal deal with prior rights (eg, the mark’s similarity to prior trademarks, well-known marks, industrial designs or appellations of origin, to the extent of confusion). Although there is no opposition system in Russia, rights holders may file observation letters against pending applications with the RPTO. These are an effective tool for trademark owners seeking to draw an examiner’s attention to their prior rights for similar goods or services. The examiner will take the observation letter into consideration when issuing a decision.

Registration may also be refused where a trademark incorporates protected means of distinguishing other persons (and confusingly similar signs), as well as objects owned by third parties and protected under copyright or as names, pseudonyms (or derivatives thereof), pictures, facsimiles of famous persons and industrial designs owned by third parties as elements of the trademark.

When an application is approved, registration fees and fees for the issuance of a registration certificate must be paid in order to complete the process.

Following a successful application, trademark owners enjoy the right to:

However, protection of a trademark may be terminated in full or in part before its due date on the grounds of continuous non-use for any three years after its state registration.

Therefore, various questions regarding proper use often arise. For example, what happens if the mark is registered in black and white, but is used in colour? Does protection of the mark in Latin extend to its Cyrillic equivalent? Does use of the mark with added non-protectable elements constitute use of the registered mark?

In Russia, trademark protection covers the mark only as it is depicted in the registration certificate. Any amendments are subject to dispute regarding its proper use. Therefore, rights holders should carefully consider what to apply for as their trademark.

For instance, the registration of a trademark in Latin may not be sufficient to prevent third-party use or registration of similar designations in Cyrillic, as evaluation of the degree of similarity lies with a competent body. Rights holders should keep in mind that when assessing the similarity of marks, three criteria – the phonetic, visual and semantic elements of the mark – will be viewed as a whole.

In a hypothetical case where the owner of the trademark SOVIVA intends to enforce its rights against the equivalent Cyrillic mark, the following issues could arise:

When it comes to enforcement, the degree of similarity between Latin and Cyrillic marks is often debatable.

Therefore, rights holders should register a Cyrillic version separately, in case their mark is intended to be used in Cyrillic, in order to obtain wider protection from potential infringement.

The final issue when it comes to registration is the means through which to acquire rights (ie, whether national or international filing is preferable).

The clear advantages of international filing include saving costs on filing, renewals and recordals, and the streamlined procedure. However, the main drawback is a five-year dependency on domestic registration and thus the risk of central attack.

Ultimately, it is the rights holder’s choice whether to pursue international or national registration and this depends on the actual circumstances at the time of filing.

One thing that is unquestionable in trademark protection strategy is that applications must be filed in the name of the trademark owner before entering the market. Issues frequently arise concerning filings that have been made in the name of distributors or local representatives. This leads to unpredictable consequences, including the worst-case scenario that the distributors’ agreement is dissolved while the trademark remains in the distributor’s name. As the registration holder, the distributor could prevent use of the mark by the rightful owner and import of any product bearing the mark into Russia. 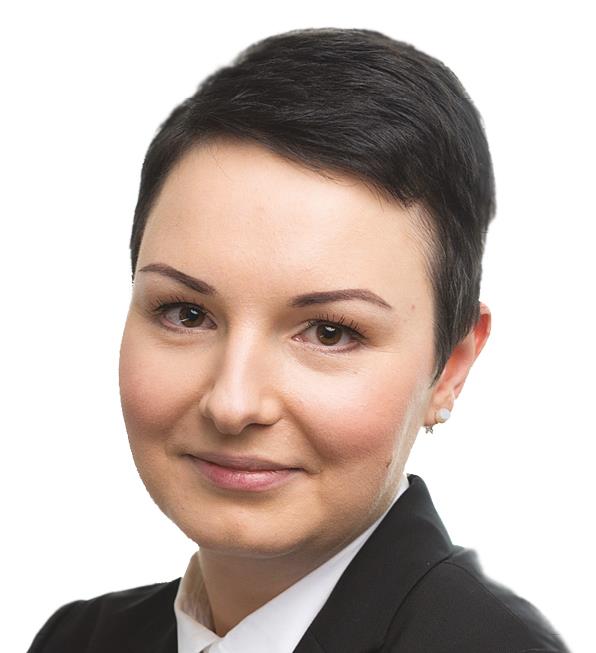 In 2008 Alina Grechikhina graduated from Moscow City University and joined Gorodissky & Partners. In 2017 she undertook practical training at Boehmert & Boehmert. Ms Grechikhina focuses on various trademark issues, particularly appellations of origin, non-traditional trademarks (eg, colour, sound and three-dimensional marks) and collective, well-known, national, international and regional trademarks. She represents clients before the Russian Patent and Trademark Office and counsels Russian and foreign clients with regard to infringement, conflicts of interest and other issues. Her clients include a well-known bearings producer.