IP Court addresses who can benefit from prior-use defence 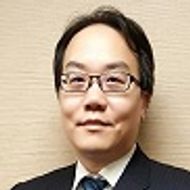 The IP Court (renamed the IP and Commercial Court since 1 July 2021) has shed fresh light on the issue of the prior-use defence for trademarks, in a second-instance decision.

Under Article 36.1.3 of Taiwan’s Trademark Act, a prior-use defence is vested in one who has been continuously using an identical or similar mark on the same or related goods in good faith prior to the filing date of a conflicting registered mark. As long as the use does not exceed the initial scope, a prior user continues to be immune from trademark infringement claims.

However, the terse language of this article leads to many questions. Putting aside the meaning of ‘initial scope’, when prior users assign or license their trademarks out after the filing date of a conflicting registered mark, can assignees and licensees also benefit from the prior-use defence?

This opinion seems to suggest that prior-use defence shall not be vested in someone who merely acquires the rights in a prior-used trademark. In other words, it suggests that an assignee or licensee of a prior-used mark is not a prior user if the assignment or licensing occurs after the filing date of the conflicting registered mark.

In the trademark dispute at issue, the defendant obtained a licence in 2019 from a mainland-Chinese company to sell the latter’s auto diagnostic instrument in Taiwan under the mark AUTEL, which the mainland licensor had been using since 2004. Shortly after the defendant entered the goods onto the Taiwanese market, it was sued by the plaintiff who had applied for Taiwanese registration of the same mark with respect to basically the same goods in 2013 and was granted the registration in 2014.

At second instance, the defendant argued that, being a licensee of the initial prior user (ie, the mainland company), it  too was entitled to the prior-use defence. However the court did not accept this argument. The three-judge panel’s holdings were as follows:

Incidentally, the plaintiff’s registration of the same mark was not a coincidence. According to the court’s findings, the plaintiff used to work in the mainland company’s previous Taiwanese distributor for the same goods back in 2012. Under normal circumstances, after proving the above facts, defendants will win in such cases without much difficulty by raising an invalidity defence based on Article 30.1.12 of the Trademark Act, which protects unregistered marks against bad-faith squatting. However, this powerful clause does not apply here because when the defendant made this challenge, the plaintiff’s mark had been registered for more than five years and obtained an incontestable status.

To invalidate the plaintiff’s registration, the defendant and its mainland licensor was left with the choice of Article 30.1.11, the clause that protects unregistered marks that are famous in Taiwan. While the defendant did raise this defence, the mark was deemed insufficiently well known. The court held that there was no evidence to show the mainland company’s unregistered mark AUTEL had been widely used in Taiwan’s market, much less that it was a famous mark in Taiwan, before the plaintiff filed the application to register it in March 2013. It was under these circumstances that the defendant turned to the prior-use defence in the second instance.

This decision should not be understood as denying the prior user’s immunity to all assignees or licensees. In another recent IP Court judgment, it was held that a prior user does not need to be the first user. Subsequent users still have the prior user defence if their trademark use:

It seems reasonable to assume that, when these criteria are met, assignees or licensees can still be deemed as prior users in their own right. Still, we need court decisions to check this reading of the law.