India: Reacting to a celebrity-obsessed culture

With the phenomenal growth of the media, consumerism and celebrity endorsements, the protection of publicity and image rights requires greater attention and specific legislation in India

Entertainment and sports celebrities influence our business and culture in many ways, and a celebrity’s image no doubt helps to enhance the commercial value of commodities with which he or she is associated. However, commercial exploitation of the image without the subject’s permission can lead to misappropriation of a celebrity’s persona and commercially valuable reputation. The concept of publicity rights is based on the idea that every individual should have control over the commercialisation of his or her persona. It is generally accepted that celebrities invest a great deal of hard work in acquiring their status and are entitled to reap the rewards. On the other hand, a free press must be able to publish pictures of and information about celebrities.

Publicity and image rights are generally acknowledged as property rights rather than as personal rights. Thus, publicity rights are assignable and licensable for commercial benefits. In practice, the law relating to publicity and image rights is still undeveloped in India, as there is no codified law governing this area. Image rights stem from the right to privacy and the notion of human dignity enshrined in Articles 19 and 21 of the Constitution.

A publicity right, in the form of a right to privacy, was first recognised by the Supreme Court in RR RajaGopal v State of Tamil Nadu. In this case the court opined that: “the first aspect of this right must be said to have been violated where, for example, a person’s name or likeness is used, without his consent, for advertising – or non-advertising – purposes or for any other matter.”

Publicity rights are reserved for persons and not events, according to the Delhi High Court in ICC Development (International) Ltd v Arvee Enterprises (2003 (26) PTC 245 Delhi). This case clarified the issue for the first time within the context of misuse of the Cricket World Cup name by advertisers which were not registered as official sponsors.

No specific provision in the Trademarks Act, 1999 protects publicity and image rights, although the definition of ‘mark’ in Section 2(m) of the act does include names. Some Indian celebrities – including Baba Ramdev, Sanjeev Kapoor, Kajol, Sachin Tendulkar, Shahrukh Khan and Yuvraj Singh – have sought protection under the act by applying to register their names and images as trademarks. The trend of celebrities using their name and image to market goods and services is on the rise.

In general, to protect their publicity and image rights, celebrities tend to rely on the common law remedy of passing off. An action for passing off requires proof of:

Celebrities can also invoke Section 14 of the Trademarks Act in order to prevent unauthorised use of their personal names. Section 14 prohibits the registration of a mark that falsely suggests a connection with a living person or a person who died within 20 years of the application date to register the mark. Therefore, in order to protect and prevent against the unauthorised exploitation of such rights, an individual may use both statutory and common law causes of action to enforce them.

A celebrity can protect his or her name from use as part of a domain name by filing a court action based on trademark infringement (if he or she has obtained registration for the mark) or by filing a passing-off action based on his or her goodwill and reputation in his or her name. Alternatively, he or she can file a complaint under the Uniform Domain Name Dispute Resolution Policy (UDRP) of the Internet Corporation for Assigned Names and Numbers.

The rationale in most of the UDRP cases in which the panellists have found the complainant to have trademark rights in a personal name is based on the premise that the complainant could have either used the personal name in question as a marketable commodity, allowing his or her name or image to be used for a fee to promote someone else’s goods or services, or for direct commercial purposes in marketing his or her own goods and services.

Similarly, in DM Entertainment v Jhaveri (Case 1147/2001) Daler Mehandi – a famous Indian composer and performer – brought an action against the defendant following registration of the domain name ‘dalermehndi.net’. The Delhi High Court restrained the defendant from using the trademark DALER MEHNDI, thus recognising the fact that an entertainer’s name may have significance as a trademark.

Another case involving an Indian citizen was brought by Ratan Tata, chairman of Tata Group, who filed a complaint before a World Intellectual Property Organisation (WIPO) arbitration panel seeking the transfer of domain names comprising the name ‘Tata’ (Tata Sons Ltd v Ramadasoft (Case D2000-1713, February 8 2001). The arbitral panel ruled in his favour and ordered the transfer of the domains.

In Sourav Ganguly v Tata Tea Ltd Sourav Ganguly – a popular cricketer and former captain of the Indian team – discovered, on returning to India after a successful season at Lords, that a well-known brand of tea which employed him as a manager was cashing in by offering consumers the chance to congratulate him on his success. The offer implied that the cricketer had associated himself with the promotion, which was not the case. Ganguly successfully challenged the behaviour in court before settling the dispute amicably. The court ruled in favour of Ganguly by accepting that his fame and popularity were his intellectual property.

In 2009 Montblanc caused controversy through its use of Mahatma Gandhi’s name and images. Montblanc released luxury pens in India called Mahatma Gandhi Limited Edition 241 and Mahatma Gandhi Limited Edition 3000, which were engraved with Gandhi’s portrait on the nib. Althought Tushar Gandhi (Gandhi’s great-grandson) had given his prior approval, the launch met with immediate opposition under the Emblems and Names (Prevention of Improper Use) Act, 1950. This legislation prohibits the use of the names and images of nationally important personalities for any trade, business or professional purpose, unless explicitly permitted by the government. Therefore, Montblanc was forced to withdraw its advertisements and pens from the market.

Finally, acclaimed actor Rajinikanth recently filed suit against Varsha Productions, Mumbai in the Madras High Court to stay the release and screening of Hindi film Main Hoon Rajinikanth (‘I am Rajnikanth’), stating that the defendant had not sought permission from him before using his name in the title of the film and that any use/misuse of his name/caricature/image/style of delivering dialogue without his consent or permission would amount to infringement of his personality rights, as well as passing off. The court held that a prima facie case had been made and the balance of convenience favoured the plaintiff. It issued an interim injunction against the film’s release.

The Copyright Act, 1957 does not define the word ‘celebrity’. However, the definition of a ‘performer’ under Section 2(qq) includes an actor, singer, musician, dancer, acrobat, juggler, snake charmer, lecturer or any other person who delivers a performance. There is little clarity as to what aspects of celebrity rights may be protected under copyright law.

In Titan Industries Limited v Ramkumar Jewellers (CS(OS) 2662 of 2011) the plaintiff engaged well-known Indian film actors Amitabh Bachchan and Jaya Bachchan to endorse its range of diamond jewellery sold and marketed under the brand name Tanishq. The couple had assigned their personality rights to the plaintiff – which had invested huge sums of money in the promotional campaign – to be used in advertisements in all media, including print and video. The defendant erected a hoarding that was identical to the plaintiff’s, featuring the same photograph of the celebrity couple that was displayed on the plaintiff’s billboard. As the defendant had neither sought permission from the couple to use their photograph nor been authorised to do so by the plaintiff, the court held the defendant liable not only for infringing the plaintiff’s copyright in the advertisement, but also for misappropriating the couple’s personality rights. The court granted an interim injunction in the plaintiff’s favour.

The importance of publicity and image rights and the need to protect them is growing in India’s celebrity-obsessed culture. With the phenomenal growth of the media, consumerism and celebrity endorsements, this area will require greater attention and specific legislation, especially given that Indian law is not fully developed in this regard. 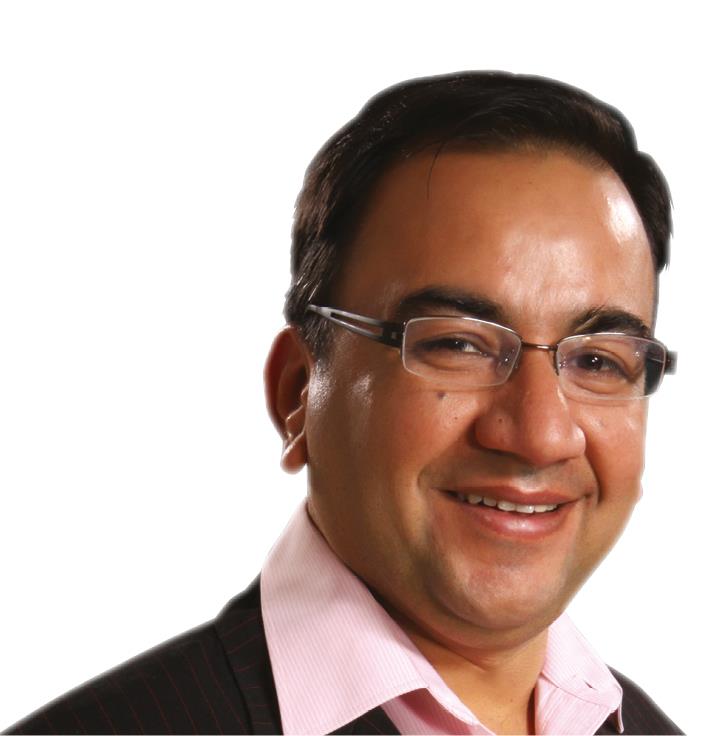 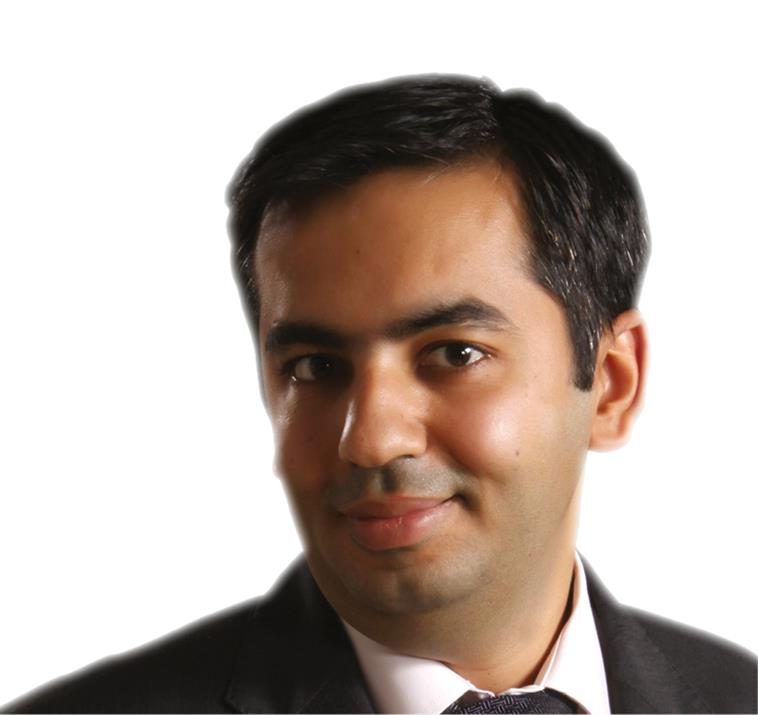 Abhishek Nangia is a senior associate with RNA, IP Attorneys. He was admitted to the Bar in 2005. Mr Nangia has over nine years of post-qualification experience and joined RNA in 2009. He advises clients on a wide range of IP matters, such as brand clearance, oppositions, cancellations, infringement proceedings and domain name disputes. He regularly appears before various forums such as the Intellectual Property Appellate Board, the Trademarks Registry and the Registrar of Companies.