﻿(This article is being updated – all new information is below. Contact us if there are any updates that should be added)

More updates that brand owners should be aware of:

A few more updates from IP registries around the world:

Further updates that trademark practitioners should be aware of:

More updates from the past couple of days:

Further developments from around the world:

Another update from the past 24 hours:

Various updates from IP registries around the world:

Updates from the United Kingdom and Turkey:

More updates from registries from around the world:

The latest updates from the past few days:

A range of measures have been implemented over the past day:

Further measures from IP offices over the past 24 hours:

More IP office measures were announced in the past 24 hours:

With the coronavirus pandemic continuing to worsen across the world, further measures were announced in the past 24 hours:

Over the weekend, more measures were announced by national IP offices:

Further measures have been implemented by national IP offices:

The novel coronavirus epidemic is continuing to spread across the globe and some national IP offices have launched measures in response. WTR looks at what has currently been implemented in jurisdictions including China, Hong Kong, South Korea, Vietnam and the European Union.﻿

The epidemic has also had a significant impact in the IP world. In terms of mass gatherings, many IP events have been cancelled or postponed in recent weeks, including the INTA Annual Meeting, the IACC Annual Conference, ICANN’s Mexico meeting and – just this week – the MARQUES Spring Meeting. INTA is expected to announce the location of its rescheduled 2020 Annual Meeting in the days ahead. However, with other major international events facing possible cancellation (including the Olympics and Euro 2020) and many companies banning employees from non-essential travel﻿﻿, there could be more hurdles ahead for the INTA (and other IP organisations with scheduled events).

From a brand protection perspective, the outbreak has had a major effect on the counterfeits industry in China. A recent WTR investigation found that the production, trade and shipment of fake goods had virtually ground to a halt – although, with Chinese authorities now “encouraging citizens to return to work”, counterfeit factories and shipping agents are expected to resume operations once again.

However, when it comes to the day-to-day work of trademark professionals, national IP offices are implementing measures to minimise the impact of COVID-19. So far, some registries have announced their plans, with others currently running as normal but drafting contingency plans should the virus spread further in their jurisdiction. For example, a spokesperson from the UK Intellectual Property Office (UKIPO) told WTR: “[We are] monitoring the coronavirus situation closely and have a staged plan in place should the situation escalate nationally. We are following official coronavirus workplace guidance to ensure that we have the appropriate measures in place to help protect our staff and visitors while maintaining services for our customers.”

Also, the EU Intellectual Property Office (EUIPO) has confirmed the postponement of “all meetings and events involving a high number of external stakeholders during the month of March”. Specifically, that includes events such as the 23rd Liaison Meeting on Trademarks, the 28th User Group Meeting and the fifth Anti-scam Meeting. Further, any events or activities planned outside of the EUIPO’s offices (eg, technical visits as part of the European Cooperation Project) are also postponed. A dedicated monitoring committee has also been setup at the EUIPO to follow the situation and take necessary decisions on future measures.

Elsewhere, the Hong Kong IP Office has confirmed that it is strengthening the prevention and control of the virus at its headquarters. The registry announced this week that any member of the public to visit its headquarters will have a body temperature check and will be required to wear a face mask. On top of that, meeting places have been rearranged to “better manage the distance of users” and surfaces are being regularly disinfected. Moreover, the registry is arranging hearing cases by telephone conferencing (or other electronic means) to avoid gathering people in confined areas. The Vietnamese IP Office implemented similar measures last week.

The Hong Kong registry has also extended all patent, design and trademark deadlines for any filing date that fell between 29 January and 21 February. It is understood, though, that – with service resuming at the registry – deadlines that fall after these dates are currently unaffected.

The China National IP Administration (CNIPA) has similarly extended deadlines for any trademark applicant or registrant affected by the coronavirus outbreak. On its website, the CNIPA explained that any time limits for trademark-related matters can be suspended from when a user “was hospitalised or isolated after being infected with the novel coronavirus” or from that date that any business has suspended operations “due to the prevention and control measures”. In those cases, the deadline will be extended “until the date when the infected user is discharged from hospital, or when the isolation ends, or when the business resumes work”. Further, trademark registrants that do not renew their trademark within the extension period due to the epidemic can apply for an additional two-month extension.

In South Korea, the Korean Intellectual Property Office (KIPO) has taken a major step by offering “secure collateral loads for intellectual property of Coronavirus damages”, it announced this week. Specifically, the registry is offering to financially support companies affected by the virus and those helping to tackle it (through vaccine development, prevention and diagnosis). On top of that, the registry has pledged to “improve the examination and review process of patents, trademarks, and designs” and especially conduct “prompt examination” of any patents linked to the coronavirus. Finally, the KIPO is conducting “emergency monitoring” on counterfeit goods that could impede the recovery and health of citizens at risk of the virus. “These measures are what the patent office can take right now to respond to CO-19,” commented KIPO president Won Joo Park. “We will concentrate all our capabilities to protect the health and safety of our citizens and minimise the damage to our companies.”

As the virus spreads to more countries around the world, it is expected that a greater number of national IP offices will be introducing measures to offset the impact. For now, trademark professionals are urged to keep an eye on IP office alerts – while COVID-19 is causing chaos at many businesses and law firms, some registries are taking proactive steps to help ensure users are as unaffected as possible.

@WTRmagazine Over 100 updates from IP registries around the world on measures implemented due to #COVID19. Keep updated here:… https://t.co/Zr0Y1Xx0zg Read more 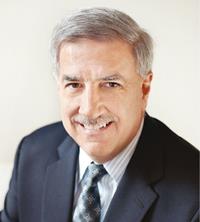