Every Tuesday and Friday, WTR presents a round-up of news, developments and insights from across the trademark sphere. In our latest edition, we look at the annoying habits of brands, a molecular-sized anti-counterfeiting device, the Argentina IP office launching on social media, Liberia committing to tackling fakes, and much more. Coverage this time from Jonathan Walfisz (JW)  and Tim Lince (TJL).

Iceland registry gets a new name – The Icelandic Patent Office, which has operated since 1991 and is responsible for all forms of IP in the small island nation, has announced it will be imminently changing its name to the ‘Icelandic Intellectual Property Office (ISIPO)’. The name change will come into force from July 1, and follows the Icelandic parliament, Althingi, passing a law on the name change yesterday. In a press release sent to WTR, the director general of the ISIPO, Borghildur Erlingsdóttir, said: “The Icelandic Patent Office has over the years adapted its operations and services in line with the needs of our customers and changing the name to the Icelandic Intellectual Property Office, or ISIPO, is a further step towards creating a modern and dynamic IP office. We hope it will allow us to further serve the needs of businesses and industry and assist them in creating value and protecting their assets.” (TJL)

Argentina IP office launches social media pages – Argentina’s National Institute of Industrial Property (INPI) has announced that it now will share updates to users on social media. “In the era of digitalization, the registry wants to reach its users quickly, expeditiously and comfortably,” the office announced. “Therefore, it opens its social internet networks whose purpose is to facilitate communication and promotion of its services and benefits.” The INPI is now available to follow on both LinkedIn and Twitter. Such a launch is a positive one – when we rank the top 50 IP offices of the world in terms of innovation and non-core activities, one of the key metrics we look at is use of social media. Indeed, INPI has been low in the total ranking for being one just 12 registries with no social media presence. Therefore, this week’s move should improve its future ranking, and help users – both domestically and internationally – to get updates from the Argentina registry. (TJL)

Kazakh office hosts trademark workshop – Kazakhstan's National Institute of Intellectual Property has held a seminar on trademarks and designs in the past week. The workshop was attended by entrepreneurs, attorneys and other key stakeholders, the office announced. Such knowledge outreach is key for registries in spreading the word on the advantages and opportunities of registered protection. (TJL)

Liberia commits to tackling IP infringements – Celebrating World IP day, the Liberian Intellectual Property Office’s (LIPO) promised to a crowd of 300 creative industry members that they would take the fight to intellectual property thieves. Speaking in the capital Monrovia, LIPO director-general, P Adelyn Cooper, stated that the semi-autonomous governmental agency would launch a legal aid for creators without IP lawyers fighting their cases. “The essence of continuing this awareness is to strengthen the country’s intellectual property regime by having all citizens educated about intellectual property, piracy and its negative impact on the country”. (JW)

Norther South African province clamps down on counterfeiters amid public scrutiny – In Gauteng, the province encapsulating Johannesburg and Pretoria in South Africa, police have seized counterfeit goods worth R500m (US$34.4m). The vast majority of the goods seized from August 2018 to January 2019 were clothing and footwear. The goods were shredded, with a video of the destruction posted online. Previously, the police has been accused of selling on counterfeit goods for profit after building raids in Johannesburg. Assuaging those worries was police commissioner Lieutenant General Elias Mawela who drew attention to international trade bolstering the counterfeit market. “Some of these goods were smuggled into the country and in some instances, criminals bring machines from oversees to illegally manufacture goods in the country”. (JW)

Honey, I shrunk the anti-counterfeiting device – A tracking device with a molecular level size has been developed by tech company LocatorX. The solid-state atomic clock technology creates a ‘digital birth certificate’ for plastics that can be tracked through the cell-tower system. The geotags can be placed on the packaging through a certified QR Codes on shipping cases or pallets as well. LocatorX is also able to imprint their QR codes directly onto the plastic materials, allowing manufacturers improved ability to track the progress and movements of their products. The ability to track the journey of goods is invaluable to a market inundated with counterfeits. Online counterfeit retail is predicted to reach US$1.82 trillion by 2020.  Ensuring counterfeits is paramount for brands to be able to maintain their reputations for high-quality goods. (JW)

Marvel want vengeance against BlackBerry’s Jarvis trademark – Canadian multinational BlackBerry recently filed a trademark application for the term JARVIS, which it plans to use for its automobile cybersecurity software. Entertainment giant and the studio behind Avengers Endgame, Marvel Enterprises LLC, are opposing BlackBerry’s registration. A supporting character to Iron Man, one of Marvel’s flagship characters, goes by the acronym of J.A.R.V.I.S. in the studio’s cinematic oeuvre. Voiced by Paul Bettany in the films, the studio has employed versions of the ‘Jarvis’ name across multiple products from comics to TV shows. Additionally, Nimbix is mounting a second challenge to the JARVIS trademark with their cloud platform ‘JARVICE’. (JW)

Habits of annoying brands reveals – New research has identified what consumers find are the most frustrating or annoying traits of brand-related content. The survey, which was conducted by Adobe to 1,000 consumers in the United States, found that 39% of respondents dislike content that is “too wordy or poorly written”, with “poorly designed” content second most annoying (28%), followed by “too personalised where it’s creepy content” (25%), and “old or stale content” (23%). When it comes to digital experiences from brands, consumers find spam email most annoying (42%), followed by slow websites (35%), irrelevant offers (29%) and looking at too many pages to find content (29%). For practitioners, such research can prove helpful, as a negative digital experience could impact a consumer’s view of a brand. If, for example, you want a brand to be perceived as ‘premium’ or ‘luxury’, it is essential that the digital content and an online platform convey that sense too. (TJL)

Burger King’s latest unhappy meal marketing strategy – Riffing off McDonald’s renowned ‘Happy Meal’, rival fast food giant Burger King has launched a new range of meals to coincide with Mental Health Awareness Month. #FeelYourWay, a modification of their slogan ‘Have it Your Way’, offers five new ‘unhappy’ meals to customers in Austin, Los Angeles, Miami, New York City, and Seattle. The Blue Meal, Yaaas Meal, Pissed Meal, Salty Meal, and DGAF Meal were launched alongside a video published on Twitter. The move has been largely hailed as a positive one, however Twitter user Lalo Dagach pointed out the irony of the campaign given the proven “link between fast food and depression”. It’s also not the first time Burger King has tongue-in-cheek referred to McDonald’s in their marketing this year. After McDonald’s lost the Big Mac trademark in the EU, Sweden’s menu snarked their burgers were “like a Big Mac, but actually big”. (JW)

Haseltine Lake merges with Kempner & Partners – Forming an international company with almost 200 people, Bristol-based Haseltine Lake and Leeds-based Kempner & Partners have merged, renaming themselves as Haseltine Lake Kempner. The combined IP law firms now operate across offices in London, Munich, Bristol, Leeds, Glasgow, the Netherlands, and Guangzhou. The firms had been previously collaborating for over two years. Rolf Stein, chief executive of Haseltine Lake was quoted saying, “We see this as a real coup for our clients who have been telling us for some time that they would like us to be able to offer the full spectrum of IP services including litigation and IP transactional support. We are delighted that HL's global success has attracted one of the UK's leading IP litigation firms.” (JW)

WTR launches new-look magazine – The latest issue of WTR magazine has gone live online this week, and subscribers will note a major number of changes to the magazine and new types of content, all designed to maximise the value of their subscription. For more information on all the changes, you can view our blog here. (TJL) 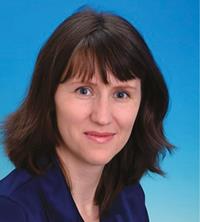