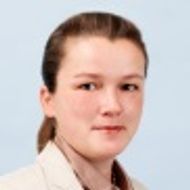 Article 1486(1) of the Russian Civil Code states that “the legal protection of a trademark may be terminated ahead of schedule in relation to all goods or a part of goods, for the individualisation of which the trademark is registered, due to non-use of the trademark for three years in a row”.

Early termination is a common way to safeguard the interests of rights holders when a third-party mark is found to be identical or confusingly similar.

Article 1486(3) states that the burden of proof of use lies with the rights holder, which is not always possible in practice. A rights holder must prove the use of its mark in relation to each product or service in the form in which the specified goods or services are named in the trademark certificate. Moreover, in contrast to the process for establishing the plaintiff's interest in the early termination of a mark, when analysing the list of goods for which the rights holder's mark is used, the uniformity of the goods is not taken into account.

However, according to the Russian Supreme Court, uniformity can be taken into account in relation to well-known trademarks when proving use. Here, the rights holder must not only provide evidence of use, but also prove its popularity “not abstractly, but with respect to goods and services that are similar to those for which the trademark is not actually used, so that the fame of the trademark when used in relation to specific goods was distributed in the eyes of consumers to other goods in respect to which the trademark is not used”.

When interpreting the provisions of Article 1486, the definition of ‘use of a mark’ is in line with that of Article 1484(2). However, the list of ways to use the trademark is open-ended and permits the use of a designation when introducing goods into civil circulation with other goods.

Article 1486(2) does not stipulate that a mark must be directly placed on a product to be considered as use. For example, when proving use of a service mark in relation to the services for which it is registered, the rights holder must provide evidence of individualisation with the indicated designation of the services actually provided. For example, if a trademark is used on a sign at the place of service, this qualifies as use of a mark for the individualisation of these services.

Further, the submission of evidence of the conclusion of third-party licensing agreements is insufficient when proving trademark use if there is no confirmation of the introduction of the goods into civil circulation:

Thus, evidence of use provided by the rights holder must adhere to the following conditions, demonstrating:

The IP Court is a specialised judicial body in Russia, the decisions of which enter into legal force immediately. Therefore, there is no possibility to appeal or review the case and present new evidence. In this regard, when considering a case in a first-instance court and when proving the real use of a trademark, rights holders should proceed as cautiously as possible.