How to prove well-known trademark status in China

Foreign clients may meet with some confusion regarding the applied criteria of evidence types for proving well-known trademark status in China. The most typical cause of confusion is the kind of evidence that is required by the judicial and administrative authorities.

The reason for this confusion may not solely be the lack of knowledge around Chinese law. Many multinational clients have years of investment and business experience in China and some are quite familiar with China’s legal system. However, legal provisions regarding the recognition of well-known trademarks in China’s Trademark Law are not as clear as they should be. Explanations regarding the relevant legal provisions delivered by local law practitioners in China are a little obscure, resulting in a certain degree of uncertainty or misunderstanding.

Article 14 of the Trademark Law stipulates that the following factors should be considered when determining well-known trademark status:

This provision is the most direct and specific provision of the Trademark Law regarding evidence types in relation to well-known trademarks. However, it also raises several questions:

These economic indicators – also known as ‘financial figures’ – may be recorded in the audit reports of the listed companies or proved by audit reports and the tax bureau.

Due to the relatively complex requirements, rights holders often find it difficult to discover what evidence should be collected and how to collect it to prove the well-known trademark status with the authorities.

The type of well-known trademark evidence should not just be limited to Article 14 of the Trademark Law. The types of evidence stipulated in Article 14 are merely general descriptions and are not mandatory. As for the court’s requirements for economic indicators in judicial practice, this should also be considered as a reference rather than a mandatory requirement. Of course, the types of evidence stipulated by the law and required by a judge can prove well-known status; however, if such evidence is unavailable, it is always advisable to collect and submit other forms of evidence as it should not necessarily or adversely affect any attempts to seek recognition of well-known status, especially when there are no solid financial figures to present to the court.

According to the logic of the law, the requirements of the first item listed in Article 14 actually overlap with the second to fifth items. The evidence enumerated in the second, third and fourth items proves the fact of the first item. That is, the period of continuous use of the trademark, duration and geographic scope of the advertisements, as well as the protection record of the well-known trademark are the referential bases for judging the first item: “the degree of awareness of the relevant public about the trademark”. The second to fifth items are actually examples of the evidence type; and the fifth item is a stipulation of non-exhaustive enumeration (ie, any evidence and evidence types that can prove the relevant public’s knowledge of the trademark can serve as evidence of a well-known trademark in China).

This can be clearly seen from Article 1 of the Interpretation of the Supreme People’s Court on Several Issues Concerning the Application of Law in the Trial of Civil Disputes Concerning the Protection of Well-Known Trademarks. Article 1 states that “a well-known trademark in this interpretation refers to a trademark that is widely and well known to the relevant public in China”. The evidence of a well-known trademark must prove the degree of public awareness regarding the trademark. Undoubtedly, such evidence can come up in any form and vary from case to case. There is no distinction between the evidence types that can prove well-known status as statutory or non-statutory, official or unofficial.

In view of this, when a lawyer is explaining to foreign customers what kind of evidence should be collected to prove the well-known status of a trademark, they may, based on their legal experience, offer their personal and creative know-how regarding evidence collection regarding the ‘one centre and two basic points’ principle.

Based on the above understanding, confusion surrounding evidence type for well-known trademarks can be resolved.

Are all the factors stipulated in the law for determining well-known status indispensable and which should be submitted simultaneously in a specific case? The answer is that there should be no fixed or statutory evidence types at all. Perhaps those listed in Article 14 are the most commonly seen types of evidence for well-known trademarks, but they are definitely not the only types of evidence.

Is there a quantitative requirement for the duration of trademark use? No, although it is generally accepted in practice that evidence of public familiarity should be collected from three to five years before recognition of a well-known trademark. Where a trademark has reached the level of being widely known by the public within one year, it should not be denied well-known status only because it has not been well-known for over three or five years. The key issue here is whether it has been well known to the public, not for how long it has been well known.

Must the propaganda works be carried out by the rights holder at its own initiative? No, if the third party’s propaganda evidence regarding the trademark can give the effect that the public has been well aware of the trademark as a result of the said propaganda, it can also be used as evidence to prove the well-known status.

If a court has once identified a well-known trademark, is it possible to exempt the rights holder from the burden of proof of the well-known trademark status in another case at a later date? No, the fact that the trademark was previously recognised as well known is merely a referential factor to prove that the public was familiar with the trademark. It does not necessarily mean that the trademark has been well known until now. So, unless the opposite party admits such, the proof burden of the rights holder cannot be automatically exempted.

A case representing a foreign client in which a trademark had been recognised as well known by three levels of China’s authorities vividly implemented the ‘one centre and two basic points’ evidence collection principle. The trademark was an internationally renowned toy brand. However, at the time of applying for recognition of the well-known trademark in China, due to special marketing reasons, the rights holder could not provide sufficient evidence such as advertisements, protection records or economic indicators and financial figures in accordance with the provisions of Article 14 of the Trademark Law. Although the client provided certain propaganda and sales evidence, the evidence did not meet the criteria for the recognition of well-known trademarks because the subjective evidence was insufficient. As a result, the attorneys proceeded from the collection of objective evidence focusing on public familiarity. First, the toy brand was invested heavily in DreamWorks and jointly filmed a series of cartoon films featuring their toy dolls. The films were named by the brand. This series of cartoons has huge broadcast rates on various video platforms in China. The attorneys notarised the data in this area, proving that the series of animated films under the title of the toy brand has a huge audience in China. Second, the attorneys notarised nearly 5,000 news reports on the brand by major newspapers and magazines across the country. The coverage reached all over China. In the report, the brand was often referred to as the ‘international famous brand’. Third, the fact that another toy brand in the same field has been recognised as a well-known trademark was noted and the two brands were compared. The customer brand turned out to have a higher reputation than the other brand that was recognised as a well-known trademark. Fourth, the attorney collected and notarised the judgments where the brand had been recognised as a well-known trademark in more than 20 countries outside China, especially notarising and legalising a judgment of an Indian court and citing the judgment of the Indian judge. Although the brand’s sales in India are not large, it is only because the price is expensive, so the brand should not be unfairly considered as not known to the public in India by sales volume alone. Just like Audi and BMW do not sell well in India because of their premium price, it is unfair to say that they are not well-known car brands merely because of the low sales volume. Instead, it is fair to say that Audi and BMW are widely known to the public in India, in spite of the low sales volume. The situation of the brand in China is similar to that of the brand in India.

Through the above evidence combination, together with the other objective third-party evidence collected by the lawyers and backed up by existing evidence available to the client, the toy brand successfully obtained recognition of the well-known trademark in China. The evidence combination was used in two lawsuits and finally resulted in three consecutive well-known trademark recognitions respectively made by the Beijing Intermediate People’s Court, the Higher People’s Court and the Trademark Review and Adjudication Board.

Although well-known trademarks do not explicitly require that the recognised trademarks must have a good reputation, generally speaking, the possibility that a trademark with bad reputation could be recognised as well known in China is considerably low. In addition, the degree of fame of individual well-known trademarks will be different. For those well-known trademarks with a much higher reputation than a generally well-known mark, no cumbersome proof should be required and judicial cognition should be introduced to some extent to lighten the burden of proof of the rights holder. Therefore, Article 8 of the Judicial Interpretation of the Supreme Court of China has made corresponding provisions. For the trademarks widely known to the public in China, if the plaintiff has provided the basic evidence proving the well-known status of the trademark, or if the defendant does not disagree, the people’s court will determine the fact that the trademark is well known. 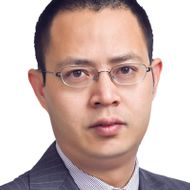 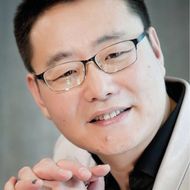 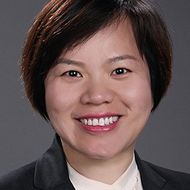