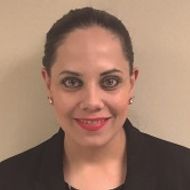 New measures to curb the increasing obesity rate in Mexico have had numerous repercussions in the marketing and legal spheres. Mexico has one of the highest obesity rates in the world, which have not improved despite many government measures. On 27 March 2020 the Mexican government published several changes to NOM-051-SCFI/SSA1-2010, which relate to general specifications for labelling food and beverages. The aim is to establish the creation of a front-labelling system to provide consumers with visible, accurate warnings of products containing high levels of sugar, saturated fats, sodium and sweeteners. The amendments to NOM-051 affect the use of mandatory black octagonal seals and prohibit companies from using any image of a celebrity, cartoon or mascot, or any type of game or activity on the packaging of their goods, as this would encourage children to buy high-sugar or high-calorie products. This labelling system and others with regard to sweeteners and added caffeine entered into force on 1 October 2020. The remaining modifications to NOM-051 are due to become effective on 1 April 2021.

Seals must be incorporated and placed from left to right, in the upper-right corner of the package or label, and must meet certain minimum size guidelines. When more than one seal is included, information must be in the following order, with regard to excess of:

In the marketing sphere, repercussions of the new requirements include:

Moreover, a NOM should not include prohibitive facts, nor limit marketing, since the Federal Law of Metrology and Standardisation provides that the object of a NOM is to establish rules, specifications, attributes, guidelines, characteristics or requirements applicable to a product, process, installation, system, activity, service or method of production or operation. In this case, the amendments clearly exceed the purpose of a NOM.

In addition, it is contrary to constitutional assumptions to eliminate trademark owners’ rights to distinguish their products, in which case, NOM-051 is far inferior to the Mexican Constitution and the Industrial Property Law. Further, the amendments encourage the use of generic packaging, which creates a competitive disadvantage by preventing companies from displaying graphic elements for products that are manufactured and marketed in Mexico and exported to other countries. In light of this, the amendments to NOM-051 far exceed some regulations, such as the Health Regulation, the Industrial Property Law, the Copyright Regulation, the Federal Economic Competition Law Regulation and various international treaties executed by Mexico in relation to intellectual property, such as the North American Free Trade Agreement, since the common denomination of most international treaties executed by Mexico in relation to this matter is expressly understood to be the prohibition to impose obstacles to the use of trademarks.

Although there may be health benefits to the new requirements, there are severe irregularities from a legal standpoint, which are likely to result in in a number of appeals that could make NOM-51 difficult to apply.

Nevertheless, the enactment of this NOM represents a significant opportunity for companies to innovate in the way that they market their products and increase the quality of their offering in order to attract consumers.