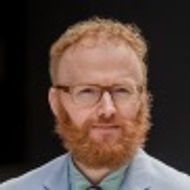 In April 2020 Clark Wilson wrote for WTR about the time frame to first examination for new trademark filings at the Canadian Intellectual Property Office (CIPO). How the world has shifted in the interim! Despite the great many changes since then, questions about the timeline to first Canadian examination have persisted and grown – and so, too, has the waiting period for applicants.

So where do we stand now, in early November 2020? CIPO recently indicated that its current timeline to first examination is slightly more than 25 months for domestic applications. Of course, this is an average figure; by definition, many applications are waiting months longer than that for a first substantive review.

That said, CIPO is working hard to improve both the quality and speed of examination for all applicants, and its addition of roughly 60 new examiners over the past two years provides proof positive. Interestingly, CIPO’s performance targets for 2020 to 2021 set a goal of issuing a first substantive response to a filing (whether an examination report or an approval) within 22 months of the filing date – so it appears that better days are ahead, although there is clearly still work to be done.

It is also possible that relatively new legislation relating to fee adjustments for government services might have a positive effect on trademark prosecution timelines. Passed in 2017, the Service Fees Act pegged certain types of governmental fees to the cost of inflation – but many trademark practitioners and owners were unaware of this, since the law’s impact in the trademark sphere was delayed due to the introduction of Canada’s new trademark legislation in 2019. The effects of the act will first be felt by Canadian applicants in early 2021, when modest CIPO fee increases take effect.

Just how this system will work, including what portion of fees will be returned to applicants, remains to be seen. While the system may have some effect in accelerating prosecution (and in placating applicants unhappy with prosecution delays), it will not be a panacea; its application is limited. The refund provisions apply only to performance standards tied to services provided in exchange for a fee – and it is not clear that everything CIPO does is directly tied to a fee. For example, since CIPO conducts a basic formalities review and issues a filing notice shortly after an application and its fee are submitted, it can be argued that the application fee relates to the formalities review and filing notice, rather than the subsequent substantive examination of the application. In this example, provided that CIPO issued the filing notice promptly, a refund would not be payable even if the timing of the first examination significantly failed to meet the attached performance standard.

More information on the system and its administration is expected in early 2021.

The timeline to first examination in Canada is long, and it will be some time yet before significant reductions can reasonably be expected. Given this, applicants and agents should adjust their default docketing practices to delay contacting Canadian counsel for status updates, in order to avoid needless churn and potential costs.

Despite the lengthy timelines at play, engaged Canadian counsel should nonetheless request a status update from CIPO – particularly with regard to ‘old’ applications, to ensure that the file has not been mislaid.

In the meantime, we will simply have to remain patient, and remember the words of the playwright Molière, who noted “Les arbres tardifs sont ceux qui portent les meilleurs fruits; the trees that grow slowly bear the best fruits.”