For years the marijuana industry was an underground business, posing little threat to trademarks. But the recent ‘green explosion’ means that trademark owners must enforce their rights or risk their reputations.

The marijuana industry has exploded in the United States over recent years. Once relegated to back alleys and shady venues, nine states – Washington, Oregon, Nevada, California, Colorado, Maine, Vermont Massachusetts and Alaska – have now legalised recreational amounts of marijuana without the need for a prescription. A further 21 states allow for the medical use of marijuana with a prescription. Meanwhile, in some states, the reasons for prescribing medical marijuana to patients are so broad as to render many states’ medical requirements illusory.

Marijuana is a blossoming industry. In 2017 alone, Colorado marijuana sales hit a record $1.5 billion, despite the state having a population of only 5.6 million people (Alicia Wallace, The Denver Post, “Colorado pot sales hit a record $1.5 billion in 2017, and border towns saw a green rush from neighbors”, 10 February 2018). California, which legalised the recreational use of marijuana on 1 January 2018, has yet to report sales figures; but given its population of nearly 40 million people and status as the fifth largest economy in the world, the sales figures should be impressive.

Back when marijuana sales were underground, growers of strains and bakers of edibles would often name their products in such a way as to evoke the image of other famous brands. Weetos evoked Cheetos and even featured a green version of the iconic Chester Cheetah. Froot Poofs evoked Fruit Loops and bore a stoned version of Tucan Sam. Kap’n Kronik was Cap’n Crunch’s red-eyed counterpart, high from the cereal that bore his name. These are just a few of the more blatant examples. 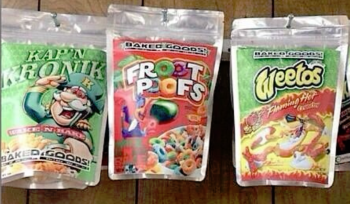 Given that most of these sales were in small numbers by people who were operating illegally in the first instance, many corporations did not have the time, money or patience to track down these infringers to put a stop to their use. Because the use of the infringing trademark was not for goods that were legal, there was no concern that the use could create trademark rights (Intrawest Fin Corp v W Nat Bank of Denver, 610 F Supp 950, 959 (D Colo 1985) (“Trademark rights cannot be acquired or maintained by illegal use of a trademark”), Use in commerce in violation of federal drug laws – Marijuana-related goods and services, 3 McCarthy on Trademarks and Unfair Competition, Section 19:124 (5th ed) (“Because it remained illegal under federal law, the USPTO and the Trademark Board have refused registration to marks used for any goods or services connected with marijuana whether or not use is legal under state law”)). While this is still true at the federal level, it is not necessarily so at state level. As of 1 January 2018, the California secretary of state will allow for the registration of cannabis-related service marks or trademarks, provided that the mark is lawfully used in commerce in California and the goods match the classification for goods adopted by the USPTO (California Secretary of State FAQ).

Many smaller operations, which have a limited understanding of the law, do not have traditional brick-and-mortar shops, nor do they usually sell to legitimate dispensaries. Instead, most use social media to advertise their products’ availability for sale. They will set up an account in the name of the infringing product, often making the account private in order to require authorisation for new users to follow them. The social media pages will often list an email address where the infringers can be contacted for orders and will feature upcoming shows and events in which they will participate. These shows and events operate much like farmers’ markets, with individual vendors setting up pop-up booths under canopies to sell their wares.

Hot sauce heats up the court

Tapatio – whose hot sauce can be found in restaurants, grocery stores and even as a favourite of Doritos corn chips – discovered in 2017 that not one but two separate entities had begun selling a marijuana-infused meatless hot sauce under the name TRAPATIO (‘Trapping’ is a slang term for the act of selling drugs). The infringing products both featured a composite mark with the word ‘trapatio’ in an arching red font over a man in a sombrero. Below the man was a red furled banner with various wording. One of the two infringers even applied for a trademark registration for the stylised TRAPATIO word mark for medicinal drinks, medicinal herb extracts, medicinal herbal extracts for medical purposes, medicinal herbs, medicinal oils, medicinal roots, herbs for medicinal purposes and sweets for medicinal purposes.

Tapatio filed complaints against both sets of infringers in the US District Court for the Central District of California, asserting causes of action for:

Tapatio also asked the court to order the USPTO to deny the trademark registration for TRAPATIO. As the litigation was ongoing, various news sites picked up the case, including the celebrity and gossip page TMZ (tmz.com, “Tapatio sues Duuuuuuuude… YOU STOLE NUESTRO FAMOS LOGO”, 17 October 2017). One of the infringers responded to the news report on TMZ, claiming that he had contacted Tapatio before releasing his marijuana-infused knockoff product and that Tapatio was open to working together. This was news to Tapatio, which was unaware of any contact with the infringer.

Strain developer gets into sticky situation

Food and magazines have both been the target of free-riding marijuana lovers who decided to jump-start their confections and periodicals by using the name of another famous brand. For Hershey, Tapatio and Wine Spectator, the answer was simple: sue for trademark infringement. The infringer made a confusingly similar use of their mark on the same class of goods, candies, hot sauce and magazines respectively.

But what about glue? A developer of strains of marijuana, CG Strains LLC, developed a new strain of cannabis and named it after the famous adhesive brand, Gorilla Glue (Alicia Wallace, The Cannabist, “Gorilla Glue adhesives company reaches settlement with cannabis business over strain name”, 4 October 2017). This is presumably due to the fact that that the female bud of high-quality marijuana is covered with a sticky resin that looks like glue. However, it is hard to argue that Gorilla Glue as applied to marijuana creates a likelihood of confusion among reasonably prudent purchasers. While people have been known to use glue as a drug, it is hardly a practice that is endorsed by glue manufacturers (James Roland, Healthline.com, How Sniffing Glue Affects Your Health, 7 August 2018).

In such instances, a plausible argument can be made that any association of the senior mark with cannabis tarnishes the mark because cannabis is a Schedule 1 controlled substance. Although there may not be a likelihood of confusion, people may begin to associate the GORILLA GLUE mark with marijuana, tarnishing its reputation.

Free-riding on the goodwill of a major-name brand was the standard method of operation when marijuana was underground. Growers and edible creators were outlaws. If they were breaking the law regarding selling a control substance, what did they care about IP rights? They wanted names that were instantly recognisable, while simultaneously conveying the counter-culture image that was pervasive in the world of weed. Due to the limited and underground nature of the business, there was little threat that the use of the infringing mark would grow to the point where it damaged the reputation of the legitimate senior user. But with the recent green explosion, all of that is changing. Now, senior users of marks must enforce their rights or risk having their reputations go up in smoke. 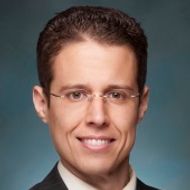