US trademark applicants appear to be victims of what has been described as “the biggest money laundering case in the history of Pakistan”. The case involves Karachi-based Digitonics Labs, which has allegedly been operating over 200 fraudulent websites. This includes a number of low-cost trademark filing offerings, with authorities estimating that three-quarters of applicants using the sites have received fake USPTO trademark certificates.

Earlier this month, the Pakistan government’s Federal Investigation Agency (FIA) published a preliminary report detailing a huge fraud and money laundering investigation involving an entity called 'Digitonics Labs'. The report followed the arrest of nine people, including Digitonics Labs CEO Muhammad Burhan Mirza, after a raid on 12 January 2021. In the report, the FIA states that the company operated 213 allegedly fraudulent websites that targeted international customers. Most of the websites listed by the FIA (a full list can be accessed here) offered logo creation, web design and ghostwriting services, while at least four (‘gpteb.org’, ‘trademarkinc.org’, ‘trademarkfunnel.com’ and ‘usptotrademarks.com’) provided trademark filing services.

All the websites, the report claims, offered low-cost services to customers, before then “ignoring them after getting the funds and later demanding more funds from clients/victims in the name of up-sale (extortion)”. Even more concerningly, the report alleges that the company gave around 70% to 75% of clients “fake/fabricated” USPTO trademark certificates as part of the scam. Incredibly, at least one employee claimed to be “unaware of the illegal activities” because he was told “there was an arrangement with the USPTO”.

One of the most startling aspects of the Digitonics Labs criminal case is the revelation that it was operating a low-cost filing agency called USPTO Trademarks. The website (‘usptotrademarks.com’) uses the USPTO’s logo and colour scheme, while its About Us page claims to be “a project initiated by experienced lawyers and technologists” with “12 years of experience”. It also adds that “USPTO is not a law firm”. Further research finds that this entity operated a Facebook page and a LinkedIn page. Meanwhile, two of the three reviews on TrustPilot call USPTO Trademarks a “scam”. Data analysis finds only one trademark application filed at the USPTO using a ‘@usptotrademarks’ email address, suggesting that this was a new or smaller-scale entity. However, in the FIA report, at least four ‘@usptotrademarks’ email mailboxes were discovered containing correspondence regarding the offering of trademark services.

Meanwhile, the other trademark-related entities identified by the FIA offer similar services. Trademark Funnel offers low-cost trademark filing from $45, with a logo that is nearly identical to the one used by the popular Trademark Engine website. Trademark Inc and GPTEB (which stands for Global Patent and Trademark Evaluation Bureau) offer various brand protection services, and both feature similar web designs (including identical quotes purported to be from Forbes, Huffington Post and The Wall Street Journal).

It is hoped that, should the arrests made by the FIA lead to convictions, it will mark the beginning of the end of this group’s activity. It is clear that the authorities are taking this seriously from the sheer number of charges being brought to those arrested already; all nine are being accused of being “international financial scammers” involved in “electronic forgery, electronic fraud, unauthorised use of identity information, spoofing, impersonating, cheating, forgery, harassment, fraudulent activity, identity theft, phishing, defamation, extortion of money, money laundering, and forgery of documents”. Further arrests are also planned, the report adds.

However, the scale of the case illustrates how trademark scam operations often fit into a wider network of fraudulent activity, as well as offering a stark reminder of how applicants can be duped when seeking low-cost trademark services online.

WTR has contacted the FIA for further details on the trademark operations of Digitonics Labs.

In response to today's report (and follow-up), a USPTO spokesperson said: “The USPTO takes the issues described in this article very seriously and has alerted the appropriate law enforcement authorities to investigate this matter. Protecting stakeholders and the public from fraudulent activity is a priority of the USPTO, and we are working to identify any applicants who may have been affected.”

The follow-up to this article, which investigates further concerns over low-cost trademark platforms, is available here. 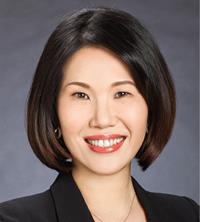