A week after WTR revealed a massive fraud and money laundering case in Pakistan involving the targeting of USPTO users, experts are calling for urgent action to identify those potentially impacted. In response, USPTO trademark commissioner David Gooder confirms the registry has contacted US law enforcement in relation to entities related to the criminal case.

Last week, we reported on “the biggest money laundering case in the history of Pakistan”, which saw local authorities arrest a number of individuals from a company called Digitonics Lab who had been charged with allegedly operating over 200 fraudulent websites. This included a number of low-cost trademark filing platforms including ‘Trademark Funnel’ and ‘USPTO Trademarks’. In a further investigation, WTR compiled evidence that suggested other platforms could be linked to the organisation – including Trademark Terminal – which in total have filed thousands of trademark applications at the USPTO over the past 12 months. When we reached out to Trademark Terminal for clarification, in a live chat a representative told us “no link and good luck ;)” before blocking us from its chat function. Calls to its telephone contact number have gone unanswered.

One of the most startling aspects of last week’s reports is that at least 2,400 applicants at the USPTO, mostly made up of individuals and small businesses, are potentially impacted. In most cases, that means they may have paid unnecessary or inflated fees, or are not receiving the service they are paying for. For instance, as many applications don’t include the applicant’s personal contact details (despite it being a USPTO requirement), they will likely hit roadblocks and refusals. In fact, of the more than 3,700 US trademark applications filed by the entities we examined, only 59 have reached registration to date.

These activities have a number of implications for applicants. In addition to many not having applications reach registration at the USPTO, in a recent phone call heard by WTR (and posted to YouTube – part one; part two), a client of Trademark Terminal spoke with a USPTO customer service representative to express worry that his brand may have been filed but not in his name.

On the call, on which he stated that he was “not good with computers”, he added that a ‘red flag’ arose when Trademark Terminal staff had “heavy accents” despite claiming to be based in Los Angeles. The USPTO representative agreed that the accents could be “key right there” to determine if it is a legitimate US site, and suggested he contact the Federal Trademark Commission (FTC) or the Better Business Bureau to investigate. In terms of the trademark filing, the representative also suggested searching for it on the USPTO website. If found, a letter of protest, opposition or petition for cancellation could be an option. As well as telling the individual that if “funds are a little tight” he can seek pro bono legal assistance, the USPOO representative told the caller that he should have been more rigorous when researching what platform to file with: “Any time I’m going to be hiring anyone for anything, I do my research,” he was told. “I don’t care if it’s a bit of clothing, I do my research. [...] There’s so much technology out there, it’s very easy to fall prey unless we do our homework.”

Such homework could be difficult. Scam platforms often have professional and well-written websites (with live chat functionality), live social media pages, numerous positive reviews on Google, and can appear prominently on Google search due to the purchasing of keyword advertising. For an average consumer, these are likely indicators that a platform will deliver high levels of service.

Talking to WTR, Erik Pelton of Erik M Pelton & Associates says that customer service representatives at the USPTO should “receive additional training to help callers identify and deal with” such potentially fraudulent scams. “Referring those scammed to the FTC unfortunately does not produce any results,” he says. “The USPTO website could include more warnings and more details regarding the fraudsters as well. Indeed, regarding the scam uncovered via Pakistan, perhaps the USPTO could publish more clear information for those who may have been duped, and make it clear what their options and request their assistance in providing more details to authorities to help prevent similar scams in the future.”

Outside of customer service improvements, Pelton says there are a variety of measures that the USPTO should take following growing evidence of mass fraud targeting users. “I believe the USPTO needs to urgently set up a task force with a wide variety of users and officials on it to brainstorm and assist on a multitude of fronts confronting the various scams targeting trademark filers,” he suggests.

“Also, has the USPTO contacted online ad platforms, search engines, web hosts, and others who are unwittingly enabling scammers to inform them of the nature of this scam and help them crack down on the offers? Have the oversight tools of Congressional committees and the Department of Commerce been informed and engaged on the scam issue? Are IP addresses and other data the USPTO collects with logins and filings being used as tools for investigation of the scammers? What is the Trademark Public Advisory Committee doing to investigate the scam issues?”

WTR reached out to the USPTO for an update on its actions since last week’s reports. In response, USPTO trademark commissioner David Gooder told WTR: “Our focus is on protecting the users of our nation’s world-class trademark register. We have already notified US law enforcement and are working to protect applicants who may have been impacted. Unfortunately, like counterfeiting, trademark filing scams are a growing problem. The USPTO has a team who works diligently to protect the trademark register as well as its customers who may have been victimised by opportunists. Applicants who believe they have been the victim of, or have a pending application that has been impacted by, an unscrupulous trademark filing scam are encouraged to go to our website, where we maintain a list of scammers known to us and also provide guidance on steps that can be taken to mitigate the problem.“

With potentially thousands of victims related to the Pakistan money laundering case, the USPTO must ensure it is prepared to assist and, if deemed necessary, take significant measures to combat the ongoing fraud targeting its users. 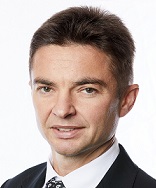