International brand owners have been warned of “a very serious and significant change” to trademark rights in Yemen following the formation of a second IP office. The move follows ongoing unrest in the country, with an expert in the region telling World Trademark Review that they expect third parties to use the opening of a new registry as “an opportunity to register trademarks rights in bad faith”.

The Middle Eastern country of Yemen, which borders Saudi Arabia and has a population of 27.8 million, has been in the midst of a civil war since 2015. The ongoing conflict involves two factions – forces based in the capital Sana’a that are loyal to former president Ali Abdullah Saleh, and forces based in the port city Aden that are loyal to the government of Abdrabbuh Mansur Hadi – and has left an estimated 10,000 civilians dead (with some claiming a significantly higher figure) and over 3 million people displaced. The UN has described the situation as “the world's worst humanitarian crisis”.

As the conflict continues, the country has been divided, with two parties forming what they describe as legitimate governments with separate laws and regulations. To that end, on February 20 2018, the government in Aden issued an official circular announcing the formation of a new trademark office which will run independently from the registry currently located in Sana’a. This new IP office is adopting the same Yemeni Law No. 23 from 2010 related to trademark and geographical indications, the circular adds, and has commenced receiving new trademark applications.

This development means that, as of February 2018, a rights holder must file a trademark application to the registry in Sana’a and a second application to the registry in Aden (at a cost of $96 USD, plus $100 USD registration fee per class) to ensure protection across all of Yemen. Furthermore, to maintain any existing rights for marks previously filed or registered in Sana’a, the Aden IP office is requesting the submission of copies of evidentiary documents (ie, a copy of a registration certificate, a previous renewal certification for a registered mark, or evidence of a trademark for a pending mark). Therefore, existing marks that were filed or registered in Sana’a prior to 20 February 2018 will be extended to the Aden trademark database once the prior evidence is received (at a cost of $13 USD).

Talking to World Trademark Review, JAH & Co managing director Mohamed Sabihi states that rights holders should take proactive measures following the creation of the Aden registry. “We believe that this is a very serious and significant change that international brand owners need to be aware of,” he explains. “Many third parties will make use of this opportunity to register other trademarks rights in bad faith, so we recommend brand owners to secure their trademarks rights with the Aden registry in order to mitigate any issues which would arise when enforcing trademarks against any nefarious parties who could use or attempt to register bad faith marks.”

Sabihi confirmed that colleagues have “been in touch” with the newly-formed registry and attained information that could be helpful for international rights holders. “The Aden office has started receiving many trademarks applications and they are in the process of issuing the first trademark gazettes for opposition purposes,” he explained. “In this respect, the Ministry of Industry and Trade has invited the public to call them by phone (009 67224 1082) with any enquiries. For the time being, there is no website for the public to check the opposition gazette at the Aden office; however, the official gazette will be available for collection at the Ministry of Industry and Trade, which will include the publication of trademarks applications for opposition purposes as well as commercial agencies and other ministerial regulations.”

The conflict in Yemen in ongoing, and developments are unpredictable and often changing. But Sabihi added that he expects these two independent IP offices to be a relatively permanent feature in Yemen, and as such recommends international brand owners to take note. “Yemen is entering its fourth year of war and nobody can foresee when this will end and how the country will be survived after this turmoil,” he concludes. “But the Yemeni Civil War will eventually come to a conclusion – as all wars do – and it is our assumption that the country will remain divided into two parties.” 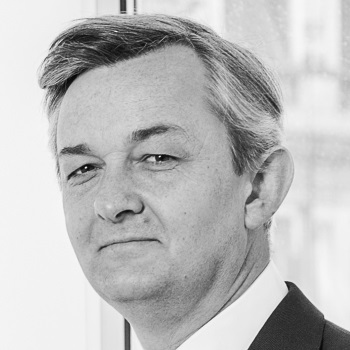