The Biden era begins: trademark industry weighs in on hopes for the future

With today’s inauguration ceremony in Washington DC marking the beginning of the Biden administration, WTR reached out to experts in the trademark field to ask what the president’s priorities should be over the next four years.

As we noted earlier today, the past four years have been unprecedented in terms of how the US president has shaped the brand and trademark environment. Joe Biden’s move to the White House is expected to mark a ‘return to normality’ in terms of government operations – although with the country still divided down partisan lines, it is difficult to envision an easy road ahead for the new president. The question for the trademark community will be how brands could be affected by the change of administration.

With that in mind, WTR reached out to various industry figures to discuss their hopes for the years ahead. For INTA, the key to success will be rooted in collaboration. In comments to WTR, an INTA spokesperson said: “INTA believes that IP protections require both political parties to work together. INTA has for many years worked closely with the US government under each administration on trademark issues that impact the everyday lives of consumers, brand owners, and the economy. This includes working with the Office of the Intellectual Property Enforcement Coordinator, the Office of the US Trade Representative (USTR), the Department of Commerce, the USPTO, the US Copyright Office and, since its inception in 2014, the bicameral, bipartisan Congressional Trademark Caucus.”

Of all that work with US agencies, INTA states that “of particular importance” is the “global threat of counterfeit goods and its negative impact on trademark owners, consumer health and safety, global economic growth and national security” – especially as a result of “the pervasiveness of fake covid-19 equipment and medicines”. Indeed, that point was reiterated today by the International Anti-counterfeiting Coalition (ACC) in an exclusive guest post for WTR.

Another major IP association that regularly works with US government agencies is the American Intellectual Property Law Association (AIPLA). In comments to WTR, its current president, Joseph Re, says that the Biden administration’s number one IP priority must be “ensuring effective implementation” of the Trademark Modernisation Act 2020 (TMA), adding: “The success of certain provisions of the TMA – particularly the new ex parte post-registration reexamination and expungement procedures – will largely depend on how they are implemented through administrative rulemaking by the USPTO. AIPLA is hopeful the incoming administration will turn its immediate attention to the implementation of the TMA and continue to engage outside stakeholders such as AIPLA throughout the process.”

That engagement is crucial, and a committee has already been established to help the USPTO come up with rules and procedures following the passing of the TMA. However, collaboration is not all that is required. Re expands: “Other priorities relating to the TMA include updates to the USPTO’s IT systems to accommodate the new TMA procedures, high-quality training for the members of the trademark examination corps who will be tasked with administering the new procedures, and fulsome outreach from the USPTO to stakeholders on fee setting tied to implementation of the TMA.”

What is more, the TMA – while “a step in the right direction” – is not the only trademark-related issue that the Biden administration will have to focus on. “The USPTO should continue to focus on combatting abuse of the US trademark system by bad actors, [including] the submission of digitally altered or fraudulent specimens of use, the continued distribution of fraudulent trademark notices and solicitations, and unlawful schemes to circumvent the US counsel rule,” states Re. “The AIPLA [therefore] encourages the new administration to prioritise and elevate ongoing efforts to modernise the IT systems of the trademark office. This focus should include not only IT systems on the trademark examination and maintenance side, but also IT systems at the TTAB.”

Updating the USPTO’s digital systems will be an important step to combat ongoing problems, says McCabe Ali partner Emil J Ali. “I understand that this administration will be implementing the requirement for positive identification to obtain a MyUSPTO account, meaning that unscrupulous non-lawyers won’t be able to use an unwitting attorney’s information,” he tells WTR. “From an IP ethics perspective, we hope to see more education of trademark attorneys, including on the often-unheard-of signature requirements.”

Elsewhere, Harvard Law School professor Rebecca Tushnet says that, in the medium term, rights holders “should think about the potential revitalisation of antitrust law, including theories about brand dominance that were popular in the 1940s but have faded over the past 70 years”.

Other than that, referring to the shift in personnel at the White House, “I'm not sure there are obvious big changes to come”, she observes, expanding: “It may be that with top officials more engaged in governance there will be at least more integration of views across commerce. One thing that is significant, but may not change in the new administration, is ‘policy laundering’ where private interests look for a more accommodating regulator if they can't get what they want domestically. The attempted use of the USTR to target US companies and platforms is a good example of that, but even the Trump administration resisted that, and a Biden administration might well be willing to listen because, as I said, there's not a really obvious partisan divide here.”

Indeed, while Trump and Biden differ vastly in their government approaches, the tangible impact for brand owners could be relatively limited. “The change in administration will not likely lead to any major modifications to trademark law or processes,” notes Doug Wolf from Wolf Greenfield. “The fact is that recent laws will have to be digested, including the rules that are being written now for implementation in about 12 months. Still, a major impact does not feel likely – particularly while the country still faces covid-19 and other matters prioritised by the new administration.” 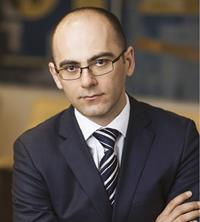