Sino-US Economic and Trade Agreement: IP and the pharma industry

The Economic and Trade Agreement between China and the United States was signed on 15 January 2020. It includes a series of articles about pharmaceutical-related intellectual property. Meanwhile, the Chinese Patent Law, the Implementing Regulations of the Chinese Patent Law and the Guidelines for Patent Examination are currently undergoing amendments. This chapter analyses the potential influence of the agreement on pharmaceutical-related intellectual property in China.

According to the agreement, the governments of the two parties agreed on the following points:

According to the agreement, both China and the United States permit pharmaceutical patent applicants to rely on supplemental data to satisfy relevant requirements for patentability, including sufficiency of disclosure and inventive step, during patent examination proceedings, patent review proceedings and judicial proceedings.

The abovementioned requirements reveal one of the key significant differences in the criteria adopted by the China National Intellectual Property Administration (CNIPA) and the USPTO regarding patent examination in the biomedical field. Compared to the CNIPA, the USPTO has a relatively tolerant attitude towards post-filing data. In practice, there are a number of Patent Cooperation Treaty applications from the United States entering the Chinese national phase and which cannot be patented due to a lack of sufficient experimental data.

Regarding the criteria of accepting supplementary data, China has, over time, implemented a number of varied provisions of the Guidelines for Patent Examination. According to the guidelines, which entered into force in 1993, post-filing examples can be considered by the examiner on examining patentability; while according to the guidelines enacted in 2010, examples and experimental data requested to be added after the application date will not be taken into consideration.

Further, most judicial decisions show relatively strict criteria for evaluating acceptable post-filing experimental data. For instance, the Supreme Court stated that: “for supplementary experimental data filed after the application date … if the experimental data is not the existing technical contents of the present application, either … it will go against the first-to-file system and will also go against the essence of the patent system of claiming by disclosure” (cf No 41 (2012) ZX). The Supreme Court has not yet revised the above criteria.

The conditions in the agreement reached by China and the United States do not clarify specific criteria for the approval of the supplemental experimental data. However, according to the abovementioned Beijing High Court case, it is, to some extent, already possible to rely on supplemental data to fulfil the relevant requirements for patentability (eg, the sufficiency of disclosure or inventiveness) in current Chinese local practice. How this provision in the agreement between China and the United States is to be implemented subsequently (eg, how the criteria to be applied for determining whether the supplemental data can be accepted) still remains to be seen.

In light of this, despite the stipulations of the agreement, it is advisable for applicants to consider the following suggestions before filing a patent application before the CNIPA:

The system described in the agreement is known as the patent linkage system in the United States. China has yet to establish such a system under current examination and judicial practice.

The National Medical Products Administration of China proposed the Policies for Encouraging Drug and Medical Device Innovations and Protecting Rights and Interests of Innovators (Draft for Soliciting Opinions) in May 2017, which proposed to establish a drug patent linkage system and specified the operational rules of the patent linkage system. Among other things, the Relevant Policies proposed that on filing a registration application a drug registration applicant should submit a statement of the related rights known or that ought to have been known by the applicant. However, such obligation was not imposed on the drug registration applicant in the latest amended Regulations on Administration of Pharmaceutical Registration published in March 2020. The latest regulations mention no legal provisions relating to patents.

Opinions on Strengthening Intellectual Property Right Protection issued by the General Office of the Central Committee of the Communist Party of China and the General Office of the State Council in November 2019 proposed to seek to establish a patent linkage system and a patent term compensation system for pharmaceutical-related patents. Further, the Supreme People’s Court of China put forward the judicial interpretation project initiation for 2020, hoping to complete the judicial interpretation of the Provisions on Issues Concerning the Application of Law in the Trial of Disputes over Drug Patent Linkage by the end of the year. In addition, the CNIPA has proposed in the Plan to Promote Implementation of the Opinions on Strengthening Intellectual Property Right Protection (released in April 2020) to establish a mechanism for early resolution of drug patent disputes by the end of October 2020.

China and the United States agreed that the parties should provide patent term extensions to compensate for unreasonable delays that occur in granting the patent or during pharmaceutical product marketing approvals.

The current Chinese Patent Law does not include any provision specifying patent term extension and, in particular, drug patent term extension. However, the National People’s Congress Standing Committee has mentioned amending the Chinese Patent Law in the legislative plan each year since 2018. In the legislative plan released in March 2020, the State Administration for Market Regulation mentioned drafting Implementing Regulations for review.

Further, the amendments to the Chinese Patent Law (Draft), released in January 2019 for soliciting public opinion, put forward the provision that: “in order to compensate for the time of review and approval of innovative drugs, for innovative drug invention patents that are simultaneously applied for marketing in China and abroad, the State Council may decide to extend the patent term by an extension period within five years; the total effective patent term after the launch of the innovative drugs shall not exceed 14 years.” In addition, the China Patent Protection Association released a survey on the amendments to the drug patent system in September 2019 to solicit opinions of the surveyors with regard to the patent term extension system for drug patents.

In the second draft of the amended Chinese Patent Law, the eligibility for applying for the patent term extension was amended from “patents of innovative drugs that simultaneously apply for marketing approval in China and abroad” to “patents of innovative drug that have obtained marketing authorization in China”. In other words, the scope of application of the patent term extension is also under debate.

Moreover, it also provides a corresponding article with regard to the adjustment for the patent term; that is, where a patent right is granted after four years from the filing date of an invention patent application and three years from the date of the request for substantive examination, the patentee may request an adjustment as compensation, excluding a scenario where an unreasonable delay is caused by the applicant.

In view of the above legislative development, the recently amended law will regulate the patent term extension of drug patents and the patent term adjustment for all patent applications.

In view of the above legislative development, the recently amended Patent Law will possibly formulate provisions on the effective patent term extension of drug patents. If so, it is apparently good news for innovative enterprises throughout the pharmaceutical field. Meanwhile, the rules for early resolution of patent disputes and effective patent term extension are still under debate and need to be balanced in view of the interests of different types of pharmaceutical company.

In light of the covid-19 pandemic, people are recognising more deeply than ever the significance of the pharmaceutical field. China is currently formulating and amending the laws and regulations relating to pharmaceuticals, such as the Patent Law and its Implementing Regulations, as well as working out updated judicial interpretation concerning the patent linkage system. The implementation of the agreement remains uncertain. 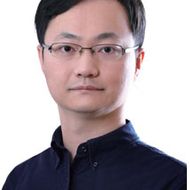 Wenhan Liu is a patent attorney in Linda Liu & Partners’ chemistry and biotechnology department. He is familiar with the examination standard in the China National Intellectual Property Administration and provides tailored advice to foreign clients on amending drafted applications in view of Chinaspecific requirements, facilitating the procurement of the best protection scope. He also provides comments on office actions during both substantive examination and reexamination procedure. Mr Liu prepares new applications and prosecutes for some of the most prestigious universities and research institutions in his field, including the Icahn School of Medicine at Mount Sinai.