A newly-published study is urging the Indian government to implement plain packaging on all tobacco products, claiming it is “a public issue” due to an ongoing smoking epidemic in India. It comes as another major study from Europe finds “plain packaging has had no impact on cigarette consumption trends in the UK or France”.

The study, entitled ‘A Study Unlocking the Conflict between the Plain Packaging of Tobacco Products and the Value of Trademark Rights’, was written by Anmol Maheshwari, a legal research fellow at the Regional Multi Trade Division of India’s Department of Commerce. It features in-depth analysis of how and why India should implement plain packaging legislation on tobacco products. In a country with 120 million active smokers, approximately 13% of all annual deaths in India are reported to be due to tobacco use. Despite that startling figure, India “has not played a very significant role in dealing with the problems arising out of the consumption of tobacco”. That, Maheshwari suggests, must change.

It is hoped by the author that the publication of the study could change the agenda, suggesting that if India was to implement such legislation, more countries could do so. “The time is ripe for India,” Maheshwari says. “Being one of the largest tobacco producing countries in the world, India can set an example for other developing jurisdictions to pave their way for legislation regarding plain packaging of tobacco products.”

Of course, the implementation of such legislation is not a walk in the park – with legal challenges expected before any law can take effect. Talking to WTR, Maheshwari says she anticipates pushback from the tobacco industry (and/or IP bodies), but maintains that such hurdles will need to be overcome. “The tobacco industry will circumscribe their proprietary rights over the space of the packaging, the use of their trademark that is being impacted and restricted, and also over the problem of counterfeit products because of lack of brand imagery as it will be challenging for the consumers and retailers to differentiate and identify the original product,” she admits. “However, a huge number of experts, stakeholders (including retailers involved in tobacco business, people associated with healthcare, judiciary, academics, lawyers, policy makers, agriculturalists, people from commerce and trade, and victims and families of victims of the tobacco epidemic) will be required to deal with these barriers.”

The key to success, she adds, is the Indian government solely positioning the legislation as urgently needed because of the country’s smoking problem. “Plain packaging should be introduced as a ‘public issue’ with a purpose to deal with the tobacco epidemic,” she argues. “It should be communicated as being beneficial and instrumental for the health of the public – which will help the government avoid the challenges being brought against it that are solely vested with commercial interests”.

However, the health argument is being questioned by another newly-published study, this time in Europe. Penned by researchers from LUISS Business School and Deloitte in Italy, it analyses the effectiveness of plain packaging in France and the UK – and, according to Euro Reporter, it “comes to a sobering conclusion”.

For now, debate over the effectiveness of plain packaging on tobacco products will no doubt continue, and is one that rights holders will need to engage with. 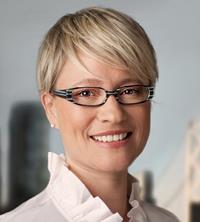