In a month marked by protests following the death of US citizen George Floyd, WTR has identified two trademark applications in the European Union and United Kingdom for the term GEORGE FLOYD. In the US, applications have also been filed for I CAN’T BREATHE – words that Floyd repeated before his death last month. Talking to WTR, an intellectual property expert characterises the applications as “a futile exercise” that “take unfair advantage” of the symbolic fame of George Floyd.

For more than a week now, protests have taken place in the United States and across the globe against racial injustice and police violence. It was sparked by the killing of George Floyd in Minnesota police custody, with a video showing Floyd pinned down for more than eight minutes and repeating the phrase ‘I can’t breathe’ as an officer knelt on his neck. Images of Floyd, as well as the phrases he uttered during his final moments, have become hugely symbolic during the ongoing protests, and has resulted in support for the Black Lives Matter movement increasing dramatically – with some of the world’s biggest companies posting messages and pledging financial aid.

On Twitter, the trademark community has been wholly critical of these applications, with attorneys describing them as “stupid”, “pathetic” and “shameless”. IP attorney Erik Pelton, for example, issued a message to applicants that may be considering filing such applications: “Please reconsider; attempting to secure exclusive rights to use this phrase is reprehensible and likely to fail anyways.”

To date, there has not been a trademark application filed for the term GEORGE FLOYD at the USPTO. However, WTR has identified two applications lodged in recent days at the EU Intellectual Property Office (EUIPO) and the UK Intellectual Property Office (UKIPO). Filed on 7 June 2020, the EU application is for the term GEORGE FLOYD and covers goods and services including clothing, footwear, toys, food products, and alcoholic and non-alcoholic beverages. It was filed by an organisation called EDIPM Ltd, with an address listed in Chiswick, London. The UK application was filed the same day by the same applicant, although the address is at a location in Holborn, London (in a building that appears to be home to a virtual office firm).

Update – 11 June 2020: WTR reached out to the owner of EDIPM Ltd, who informed us after publication of this article that the trademark applications were withdrawn the day after they were filed (with both being marked as withdrawn on 10 June).

Trademark filings related to protest movements are not uncommon and, talking to WTR, Lee Curtis, chartered trademark attorney at HGF, claims that any George Floyd-related applications have little hope of reaching registration. In the UK at least, the UKIPO tends to view the names of deceased famous individuals as “more likely to be seen by consumers as merely an historical reference to the subject matter of the goods, rather than the trade source of the goods”. Also, the UKIPO could object to such applications on the basis of bad faith as, Curtis claims, “the application is an obvious attempt to take unfair advantage of the reputation of George Floyd”.

Furthermore, he expects that the EUIPO and UKIPO will object to the applications as being “contrary to public policy or to accepted principles of morality”, adding: “In essence, that it would be offensive to the public that such a name be registered as a trademark. Although one could see the acceptance of a trademark such as the GEORGE FLOYD FOUNDATION which was connected to George Floyd’s family and used to promote good causes and education, I think the UKIPO and EUIPO would view a registration of GEORGE FLOYD for use commercially by a party unconnected to the family or estate (or not having their consent) as being offensive to many of the public.”

It is not guaranteed, of course, that the EUIPO and the UKIPO will object to the registration of such trademark applications. For that reason, Curtis notes that “George Floyd’s family or estate and indeed any member of the public can oppose the applications for the reasons I’ve outlined”.

Of course, Floyd’s family are understandably unlikely to have trademark filings on their minds right now, which could make public objections more important. However, Curtis concludes that applications that try to take advantage of the protests in some way are likely “a futile exercise”.

As with efforts to register the Je Suis Charlie phrase after the Charlie Hebdo magazine massacre in Paris, as well as MH370 following an airplane disaster, these latest applications highlight how quickly third parties can seek to capitalise on a tragedy through trademarks. 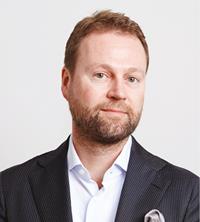