At this week’s ICANN meeting, representatives from e-commerce giant Amazon received a hostile reception from the Governmental Advisory Committee (GAC) while seeking to reach a compromise over its stalled ‘.amazon’ gTLD application. In a session on Monday afternoon, the company was told it had “blown” an opportunity to reach a compromise and that allowing the application to proceed would open a “Pandora’s box”.

Last month we reported on Amazon’s call for ICANN to “immediately approve” the ‘.amazon’ gTLD, noting that prompt action is necessary because “there is no sovereign right under international or national law to the name ‘Amazon”’, with an Independent  Review Process Panel (IRP) having previously ruled that ICANN acted in a manner inconsistent with its bylaws when rejecting the company’s application. Amazon told the ICANN board that it should “respect the IRP accountability mechanism” and that “there are no well-founded and substantiated public policy reasons to block our applications”.

Despite this, yesterday a team from Amazon met with the GAC, with Dana Brown Northcott adopting a conciliatory tone, noting the company “would like to move forward with a strongly agreed upon compromise that addresses the needs of the governments”. While ICANN's geographic names panel determined multiple times that ‘.Amazon’ was not a geographic name that required government approval, she added: “Despite these facts we have always been willing to meet and compromise.”

As to the nature of that compromise, the Amazon representatives outlined a public interest commitment that would be incorporated into the company’s registry agreement in a bid to ease the worry of regional governments. Specifically, it would  block “culturally sensitive names” at the second level (such as ‘rainforest.amazon’), have regular consultations with governments to identify other terms not identified at outset (but requiring blocks) and would agree to support future applications for the names used by region’s residents (such as ‘.amazonas’, ‘.amazonia’ or ‘.amazonica’).

However, a number of national government representatives adopted a combative stance, with Peru’s representative warning that “things are not always black or white”. In addition to attacking the company’s approach to deadline-setting in the negotiations (stating: “I recommend that you be very careful with the language you use because we are talking about eight sovereign governments – and no government is going to accept any impositions from you”), she declared: “The owners of the Amazonian region are us, not you. So if we were to get to an agreement, the agreement would be made exactly in the opposite way. We will be giving you permission to use a certain word. Not the other way around.”

Building on this perspective, she warned that the local communities have significant power and added: “I'm trying to get you to think that, in the best case, the countries that are members of the Amazon Cooperation Treaty Organisation will have to have consultations with all the native communities and the question they will ask is ‘why do we have to benefit Amazon as a company, and not another company? Why them?’ And I also ask myself the same question. Why should we benefit you?”

Portugal’s representative also noted that the granting of ‘.amazon’ to the company would open a “Pandora’s box”, dismissing the legal arguments made in support of the string: “Lawyers were consulted. Lawyers may say yes or no depending on what the client wants. If the client wants them to say yes, they do whatever they can to come up with a yes. And the other way around. That's how lawyers work. So it's not just a matter of coming here with a lot of lawyers or lot of legal arguments. It is a matter of pointing out that you are creating problems for governments and this is an extremely sensitive political issue.” Meanwhile, Nigeria’s GAC spokesperson stated that Amazon had “blown” the opportunity to reach a compromise by “belittling the reasoning behind the GAC advice”.

While the UK representative struck a more conciliatory tone (stating: “I really hope that this proposal does form the starting point for identifying such a mutually agreed solution”), the session was a stark reminder of the emotive nature of the dispute. It was also suggested that the GAC would not change tact and reverse its opposition to the string, with Iran’s Kavouss Arasteh stating: “It is up to the other parties to look at the compromise and to accept it or not. It has nothing to do with the GAC. We do not change our advice at all. The issue is outside our mandate. The issue is with the board and within the countries [involved in this dispute]. We do not want to be involved in changing our decision based on something that we are not involved.”

With respect to that advice, yesterday the ICANN board adopted a resolution concerning the final declaration in the Amazon v ICANN Independent Review Process (IRP) decision, asking that whether the GAC has any information as it relates to the “merits-based public policy reasons” regarding the GAC’s advice that the Amazon applications should not proceed, or any other new or additional information regarding its advice. In today’s ICANN public forum session in Abu Dhabi, Arasteh took issue with the resolution, countering that “all of the activities of the GAC advisory committee is based on public policy”, noting that discussions on such are not required to be conveyed in public.

ICANN’s newly adopted resolution requests that the GAC provide additional information by the next meeting, being held in March 2018. Thus, the issue is unlikely to move closer to resolution this week. Ultimately, based on the fractious discussions to date, while the governments have dismissed legal arguments and findings, right now a legal solution appears more likely than a voluntarily agreed compromise. 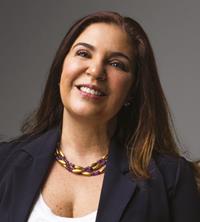