Heather Forrest has been elected as the chair of the Internet Corporation for Assigned Names and Numbers’ (ICANN's) Generic Names Supporting Organisation (GNSO) Council, the first time that an Intellectual Property Constituency (IPC) councillor has taken on the position.

Forrest, an associate professor in law at the University of Tasmania, was voted in at this week’s ICANN public meeting in Abu Dhabi and Paul McGrady, partner at Winston & Strawn, told World Trademark Review that her election was “an important milestone”. On his firm’s website, he observes: “For many years it has been perceived that intellectual property interests, and those that advance them, face a less-than-welcoming environment at ICANN. However, that tide appears to be turning, due in large part to the thoughtful leadership of the GNSO Council’s new chair… While there remains much work ahead for those of us who actively work within the ICANN community for reasonable protections for trademarks and the consumers those trademarks protect from phishing, fraud, and other abuses, the election of Heather to this prominent role signals the possibility of good days ahead.”

The 21-person GNSO council is the policy development body for the generic top level domain name portion of ICANN’s work, and has two ‘houses’ – the Contracted Parties House holds the Registries and Registrars Stakeholder Groups, while the Non-Contracted Parties House holds the Commercial and Non-Commercial Stakeholder Groups (including the IPC). McGrady observes: “Not only is the GNSO Council an important part of the ICANN ecosystem, the chair of the GNSO Council is viewed as a community leader who is often invited to participate in consensus building across the community.”

Forrest has served as a vice-chair of the GNSO Council for the last two years and her elevation to the chair position is therefore a noteworthy – and for trademark owners a positive - development. Importantly, McGrady observes that this latest election “is not the sole indication that ICANN-land may be warming up to intellectual property concerns”. As we noted previously, Sarah Deutsch – senior counsel at Winterfeldt IP Law and previously vice president and deputy general counsel at Verizon Communications – was recently appointed to the ICANN board. McGrady describes her as a “legendary trademark attorney”, noting that at Verizon “she earned a reputation as a supremely intelligent and aggressive strategist to protect trademark rights on the internet”.

Staying in the ICANN world, a change at the top of the IPC is also imminent, with outgoing chair Greg Shatan to be replaced by Brian Winterfeldt – his term starting on December 1. 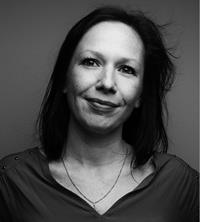