Bodies representing IP solicitors, barristers, and chartered trademark and patent attorneys, have teamed up to urge the UK government to urgently address key IP concerns related to Brexit. While limiting its list to five key areas of concerns, the document warns that a multi-year transitional period will still likely be required to reach a suitable solution.

The note was submitted to the UK government late last week, and is co-signed by the Law Society of England and Wales’ IP Law Committee, the Intellectual Property Bar Association, Chartered Institute of Patent Attorneys, Chartered Institute of Trademark Attorneys and IP Federation. It highlights the biggest areas where UK government action is required to protect “the considerable economic benefits from registering and using IP under EU laws and systems” to UK businesses. Acknowledging that “there are many other areas of detail where specific action is recommended, too numerous for this note”, the organisations focus on five particular issues: the continuation of EU-derived IP rights, the Unified Patent Court Agreement, rights exhaustion, rights of representation and the mutual recognition of judgments.

In terms of the continuation of EU-derived IP rights, the memo urges the government to negotiate a package of rights to secure the continuation of all existing substantive and procedural pan-European rights and defences to them. To achieve this, it states that it would be preferable for the UK to continue to participate fully in pan-European rights despite no longer being a member of the EU. Alternatively, it suggests legislation that would allow for the automatic continuation of EU rights in the UK, lending support to the previous EU Commission paper on IP rights and recommending that any legislation “should make adequate provision for tracking the unitary rights granted under the EU system and should ensure that UK advisers remain able to continue to deal with parallel unitary rights via the EUIPO”.

The mutual recognition of judgements is also urged, albeit with more urgency. The memo notes that current uncertainty is already having an economic impact: “We are concerned by reports that some international businesses have become cautious about choosing a UK jurisdiction for their agreements, in view of the uncertainty over whether, for example, an English court judgment will be enforceable in the EU post-Brexit… The government should urgently negotiate arrangements with the EU that continue in force the substance of the current arrangements under the Rome and Brussels regulations, so as to give the fullest reassurance.”

Urgency is also the message when it comes to ascertaining whether UK IP professionals can continue to represent clients before all relevant EU courts and bodies: “The continuation of these longstanding rights is fundamental in ensuring the UK retains its position as a global leader in UK legal services including IP. There is no justification for the UK or the EU curtailing them (or accepting curtailment).”

Reacting to the document, Lee Curtis, partner and Chartered Trademark Attorney, at HGF, told World Trademark Review: “The paper expresses a preference for the continuation of the United Kingdom being part of the European Union trademark system, although personally I feel that is highly unlikely, especially as the UK government implies long term it does not wish to be subject to ECJ jurisdiction. The fall-back position is the much more likely ‘conversion’ option.”

The paper also calls for clarity on the exhaustion of rights, Curtis observing: “At least in the medium term there seems to be a preference for EEA wide exhaustion, essentially maintaining the status quo. However, the paper overall demands that business must have certainty on such questions. In the debate about the continuation or not of pan EU IP wide rights to the UK, the important exhaustion question is sometimes overlooked.”

The memo doesn’t contain any drastic new demands, but rather adds weight to previous calls for urgency and clarity. Tellingly, though, it also predicts that the negotiation period will likely extend beyond March 29 2019, the day on which the UK is set to exit the EU. It concludes: “The volume of work involved to deal with these matters indicates to us the importance of a transitional period in which to negotiate them with the rest of the EU. Bearing in mind the time it has taken to establish some of the international treaties and laws in the field of IP, we think the necessary transitional period is likely to be several years.” 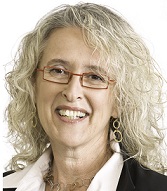