By Ranjan Narula and Rajiv Suri

The Trademarks Registry has made substantial progress to clear the backlog of opposition cases. Nevertheless, with fierce competition among emerging economies, there is more to be done.

India’s growing economy and large middle-class population makes India an attractive destination for multinational rights holders to sell their products. However, companies want the comfort and security of knowing that their intellectual property is adequately protected, which means that a country’s IP regime plays a key role in investment decisions. This article analyses changes at the India Trademarks Registry and the challenges faced by brand owners protecting their trademark rights in the country.

Digitisation of the Trademarks Registry

The functioning of the Trademarks Registry has become considerably more transparent as a result of the digitisation of records, with most information now accessible online. By introducing amendments to the Trademark Rules 1999 (which came into force in March 2017), the government has incorporated new provisions for simplifying the procedures and removed redundant provisions to make trademark registration simple and user-friendly. Some of the major changes include:

As a result of these changes, the most recent annual report (2016 to 2017) released by Intellectual Property India (IPIndia) notes:

However, despite this progress, various technical and procedural glitches still pose challenges to those working with the Trademarks Registry. The erratic service of documents (particularly hearing notices, examination reports and compliance letters) is a concern for stakeholders. Correspondence relating to applications and requests filed pre-2010 is in a state of confusion; official communications sent by post are not being received on time and emails are being sent to wrong email addresses, leading to the abandonment of many applications or requests being disallowed. This inconsistency in the mode of transmission, as well as the lack of a nodal officer appointed to take corrective action when discrepancies are brought to the registry’s attention, is adding to the confusion.

Further, while of the Trademarks Registry’s post-registration department can boast a swift disposal for post-registration requests (in particular, requests filed for assignment, merger or change of name), a qualitative analysis reveals a fall in the quality of processing such requests. There have been instances where incorrect details have been entered in the records and correcting them becomes a challenge as the registry requires all documentation to be resubmitted, even though they may only be notarised copies. This has led to incorrect data being reflected on the official records. In some cases, requests are refused without giving the applicant a hearing, and it is difficult to have such requests re-instated. Once again, it is a lack of an institutional redress mechanism that is the primary issue.

The registry should work towards resolving these challenging issues, as this would go a long way to restoring stakeholders’ faith in its functioning.

A large number of cases are gridlocked while they wait for a final hearing. The time it takes for any contested opposition matter to be concluded is excessive, with certain opposition cases having been pending for more than 10 years. The main challenge faced by the registry in this regard is the lack of hearing officers available to hear contested cases and to pass judgments.

The figures below are taken from the 2016-2017 annual report for opposition and rectification matters. It shows that there is a clear gap of nearly 10,000 matters in the opposition department, which are still pending adjudication for 2016-2017. These figures do not consider matters filed in earlier years, which would obviously add to the existing pendency. A conservative estimate puts the number of pending opposition cases at more than 100,000.

As per the registry’s existing practice, the hearings’ notice is received by the attorneys and parties only one or two days before the hearing itself and not the 15 days prior to the hearing provided in the trademarks rules. There have also been various instances where such notices have been received by attorneys subsequent to the date of the hearing. Thus, the practice adopted by the registry is making it difficult for stakeholders to effectively prosecute or contest their cases. Stakeholders are advised to regularly check the hearing list on the registry’s website so as not to miss hearings.

Fresh applications – declaration of use requirement

The Trademarks Act permits an application to register a mark to be filed on intention to use or with a claim of prior use. It is not necessary to show prior use of a mark in India to obtain registration. However, if a claim of use is being entered in an application, it becomes necessary to adduce a declaration of use or rather an affidavit from an authorised signatory, typically affirming sales in India of the products or services bearing the mark in questions since the date from which use is being claimed. It thus becomes incumbent on the applicant to produce commercial documents, sales bills or invoices to corroborate its claim – a challenging task. This is a change brought on by the 2017 amendment to the trademark rules and has become an additional step for stakeholders to bear in mind when filing an application with a claim of use because an evidence affidavit would need to be submitted within one month of filing an application. Failure to file this would lead to the stalling of the application, thus it would then fail to pass a formalities check and could even lead to it being abandoned for failure to comply with the necessary requirements.

Trademark use in e-commerce

E-commerce is taking a strong hold. Companies selling their products online generally provide evidence of availability of goods listed online on their own website or a third-party portal. It is challenging to corroborate any such listing with the sales made to customers by providing an actual invoice, particularly when the products are sold through a third-party portal where there will necessarily be privacy concerns regarding customer data. Further, many foreign-based portals now accept orders from India-based customers and deliver products via courier. It remains a grey area whether such use is sufficient to ward off non-use cancellation actions. Arguably, the product being made available in India should be enough. However, there is no judicial precedent on this issue as yet regarding whether such a sale can be relied on in a non-use cancellation action, including in support of use made in India. There are, as yet, no clear guidelines from the Trademarks Registry on these issues – it would be highly beneficial if some were codified.

In 2017 the Trademarks Registry introduced provisions for the declaration of well-known marks by way of filing an appropriate application before the registry. However, in the past year, there has not been a single mark which has been published after examination under the newly introduced provisions. The registry portal displays a list of well-known marks compiled based on the courts’ rulings declaring particular marks to be well known. However, with the introduction of the new provisions, the registry has completely suspended this practice. The registry instead requires stakeholders to file a formal application for declaration, even though the registry itself has not yet adjudicated on any such application. Stakeholders are also unhappy that despite paying official fees of approximately $1,400, applications for well-known marks are still taking an unreasonably long time to process.

While the Trademarks Registry has made substantial progress in the past two years to clear the backlog and expedite prosecution, it must now take its service to the next level and break the old mould. With fierce competition among emerging economies seeking to attract foreign investment, it is all the more necessary for India to adopt robust measures to bring about qualitative changes. The government’s focus is clear: it wants to improve its ranking in the index for the ‘ease of doing business’ and intellectual property is key to this. 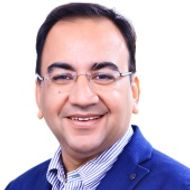 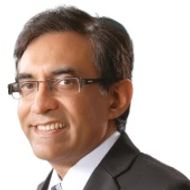