A UK-based intellectual property law firm has announced plans to open a new office in Dublin rather than London due to “the uncertainty of Brexit”. The move comes on the day that it was revealed the Brexit negotiating parties have started talks about IP, with one trademark attorney telling World Trademark Review that it still seems “very unlikely” the UK will be covered the the EU’s trademark registration system beyond the transitional period.

As reported by Politico, the crucial second phase of Brexit talks are set to begin in Brussels next month, with the focus being the UK’s future trading relationship with the EU. But officials from both sides have been meeting in recent days to “clear up a raft of withdrawal issues” that were not touched upon in the first phase of talks – specifically technical issues related to customs, data protections, and intellectual property. This is the first time it has been known publicly that IP has been discussed as part of the Brexit negotiations.

Talking to World Trademark Review about this latest development, Lee Curtis, a trademark attorney at UK IP firm HGF, notes that substantive discussion on trademarks will only begin during the second phase of negotiations. “Although the technical talks on intellectual property have finally begun, the outcome will be affected to a large degree by the general negotiations regarding trade, particularly whether the UK will be in the European Economic Area, which seems unlikely at the moment, and the jurisdiction of the CJEU.”

This means that, for now, uncertainty still reins in regards to the UK’s trademark system post-Brexit. The European Commission and the EUIPO released a notice last month clarifying that, as of the UK’s withdrawal from the EU, from March 30 2019, “rules on EU trademarks and Community designs will no longer apply to the United Kingdom”. For that reason, Curtis says the technicalities need to be urgently addressed to ensure businesses and law firms can plan ahead. “It does seem very unlikely that the UK will be covered by the European Union trademark registration system beyond any transitional period and thus no doubt the negotiators will be getting down to the ‘technicalities’ of that transition,” he notes. “To a degree there seems to be widespread agreement on how that transition will work.”

It is in this environment of continued uncertainty that at least one IP law firm has decided against opening a new office in London, instead opting for an expansion into Dublin, Ireland. Founded in 2015, Definition IP is based in the north-east of England and has announced its second office will be located in the Malahide area of Dublin to ensure the firm “retains a foothold in the EU irrespective of any issues that Brexit may bring”. One of the firm’s co-founders, Dan Mercer, expanded: “There’s an obvious benefit with the uncertainty of Brexit that we will have both EU and UK offices which ensures that our clients will have options irrespective of any legal changes that may occur, however even without Brexit we would have looked to Dublin as the business culture is in many ways similar to that in the North East.” This point was reiterated by the firm’s other co-founder, Claire Rutherford, who added: “Whilst London was an option for us, the opportunities in Dublin and Ireland are so exciting that it soon became the obvious choice.”

Heading up Definition IP's new office in Dublin will be trademark, patent and designs attorney Eimear Sampson, who tells World Trademark Review that the expansion will ensure the firm is fit for the future. "While we don’t expect Brexit to significantly affect our trademark work as a UK IP firm, the full implications remain unclear, and many brand owners are following a wait-and-see approach at this stage," she says. "With trademark attorneys in both the UK and Ireland, we can now, as a firm, cater to all eventualities."

The move is not a surprising one, of course, and we expect more IP law firms will open branches or retain counsel in Ireland and continental Europe before the UK leaves the EU next year. Indeed, it is already known that there has been a sharp rise in UK lawyers registering in Ireland since the result of the EU referendum in June 2016 – over 1,300 in the past 18 months (with an average of only 75 a year before that). For now, the hope is that Brexit negotiations on intellectual property continue to develop so the fog of uncertainty can begin to clear. 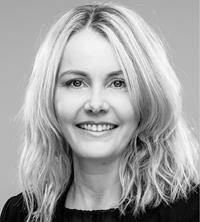