Federal Circuit: Section 2(a) of the Lanham Act is unconstitutional

The Federal Circuit has reversed the Trademark Trial and Appeal Board’s (TTAB) refusal to register the mark THE SLANTS for entertainment in the form of a musical group, holding that Section 2(a) of the Lanham Act, which bars the federal registration of trademarks that consist of or comprise “immoral, deceptive, or scandalous matter; or matter which may disparage or falsely suggest a connection with persons, living or dead, institutions, beliefs, or national symbols, or bring them into contempt, or disrepute”, is unconstitutional.

Simon Tam, founder of Asian-American band The Slants, chose the name as “a healthy reappropriation of a term usually considered a slur”. A 2010 application for the trademark was rejected by the USPTO for being “offensive to people of Asian descent”. Following appeals, on December 22 2015, in re Simon Shiao Tam, the US Court of Appeals for the Federal Circuit found that the disparagement provision of Section 2(a) was unconstitutional because it violates the First Amendment and remanded the case to the board for further proceedings.

While the case in question focused on the disparagement provision, one question following the ruling was whether the decision would be extended to ‘immoral’ or ‘scandalous’ marks. An appeal to the Federal Circuit over the USPTO’s refusal to register the mark FUCT on the grounds it was scandalous subsequently provided a partial answer.

The TTAB affirmed the refusal and the applicant appealed to the Federal Circuit, with the Department of Justice submitting a letter brief which stated that “the reasoning of Tam requires the invalidation of Section 2(a)’s prohibition against registering scandalous and immoral marks as well... we do not believe that Section 2(a)’s prohibition on registration of scandalous and immoral marks can withstand challenge under the current law of this Circuit”. However, there could be more to come, with the Department of Justice noting that consideration of whether to seek Supreme Court review of re Simon Shiao Tam is underway. 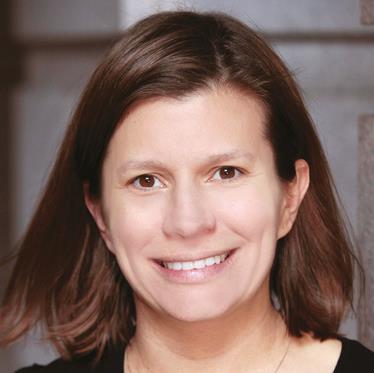 So does anything remain of Section 2(a) of the Lanham Act? Yes indeed. This section also prohibits registration of matter that “falsely suggests a connection with persons, living or dead, institutions, beliefs, or national symbols,” and of a geographical indication which, when used with wine or spirits, identifies a place other than the origin of the goods. These provisions are likely to remain, in that they align precisely with the basic principles of the US trademark system. After all, the function of a trademark is to distinguish a mark owner’s goods and services from those of others, and a goal of trademark law is to prevent consumer confusion stemming from the use of those marks. Although these decisions on disparaging, scandalous and immoral marks may not be applicable to the vast majority of trademark owners, they do demonstrate the power of the First Amendment, and its ability to erode what some thought were iron-clad provisions of trademark jurisprudence.