In exclusive research from WTR, the EU Intellectual Property Office (EUIPO) has been ranked as the most innovative IP office in the world for the third year in a row. Closely behind are the registries of Chile, Singapore and Spain. The results are a reminder of the boundary-pushing tools and services being offered by IP offices across the globe – although the data shows significant gaps at some leading registries.

The findings are part of the third IP Office Innovation Ranking, our annual ambitious project to identify the IP offices around the world that are committed to exploring value-add non-core offerings for users. The full feature-length research was published today, with the final ranking topped by the EUIPO for the third year in a row. Compared to previous years, however, a range of IP offices are within touching distance of the EUIPO – with the registries of Chile, Singapore and Spain in joint-second place (see the top 25, of 50 analysed offices, below). On the flipside, the bottom of the list was shared by the IP offices of Egypt and Ukraine.

The 2019 IP Office Innovation Ranking studied 50 of the leading trademark offices from around the world. In order to fully analyse the pioneers in this area, we examined three areas in particular detail – value-added propositions, online capabilities and public outreach efforts. In all, we contacted more than 100 counsel around the globe and invited them to offer their insights on the non-core services provided by their local registries.

The reason for the EUIPO’s top ranking is rooted in its consistency across all areas; respondents continue to see it as the shining beacon of what IP offices can achieve, especially its online tools. The runner-up registries were also lauded by the respondents we spoke to. For example, the IPOS was described as having “a strong focus on providing education and support in business development”, the Spanish registry “has made a significant effort to simplify its procedures and facilitate the online registration of trademarks and designs via its electronic platform”, and the Chilean office “is doing enough beyond maintaining a trademark register”.

In terms of room for improvement, a few issues are highlighted. The first is around digital functionality. For example, the website of the Japan Patent Office (JPO) was lambasted for “poor user experience” and a “clunky, complicated and difficult to use” filing system; the United Arab Emirates office was criticised for charging a fee to complete a pre-filing search; the China and Egypt IP office websites “continue to lag behind on their offerings”; and tools and functionality of the Portuguese registry website was criticised for “deteriorating” in recent years.

Another concern raised by respondents was around representation. For example, one attorney claimed “IP Australia should be doing more to assist Aboriginal and Torres Strait Islander persons with the protection of culturally significant trademarks and works; the IP Office of New Zealand already does this particularly well with their Maori IP division”. A similar suggestion was made by a respondent in Colombia, who said that the registry “needs to reach the forgotten and most hidden parts of our country in order to strengthen innovation all around the country”.

Overall, though, the results demonstrate positive momentum in terms of innovation and value-add services at IP registries around the world. But users still see significant gaps in some jurisdictions, and they will be hoping for improvements in the months ahead. 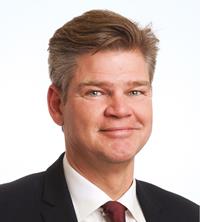