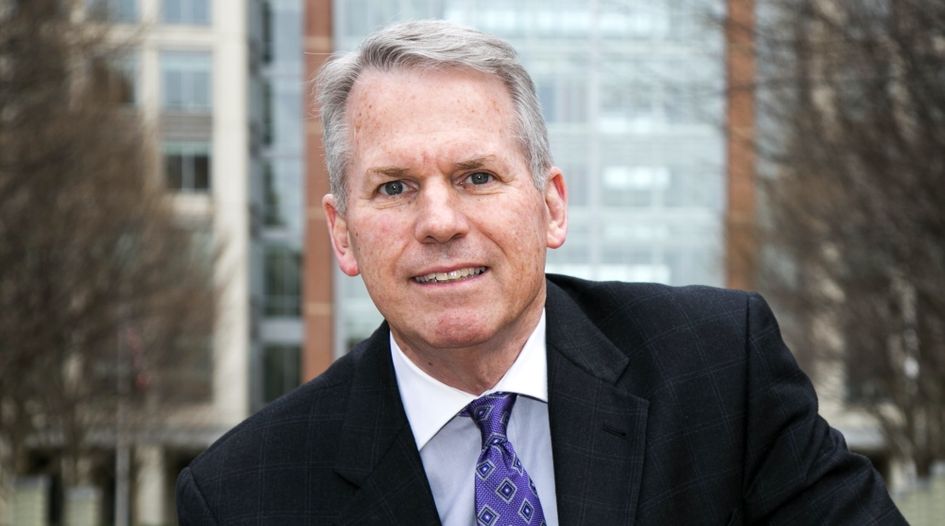 Next week, WTR will publish an exclusive, in-depth interview with USPTO trademark commissioner David Gooder, in which he reveals upcoming developments at the USPTO, goes in-depth on the office’s ongoing anti-fraud efforts, and explains how being the ‘covid commissioner’ has shaped his time at the agency so far. In this preview, Gooder provides an update on what the office is doing to tackle the backlog of trademark applications at the USPTO.

What have been some of the most significant developments at the USPTO in the past 12 months?

There's been quite a number. In terms of external developments, the biggest one was the huge surge of trademark applications, and the impact that has had on every aspect of what we do. It was related to a number of factors – in fact, there's probably four or five things that contributed to it. Some people like to point out one factor or the other, but I think it is more of a combination, or a ‘perfect storm’, of things happening.

One factor that absolutely drove the number of applications was the fee increase that occurred just as cross-border, ecommerce really increased across the world, including in the US. Furthermore, some ecommerce sites also opened up programmes to sellers that often required having a trademark registration. As I point out to people, however, such programmes are not actually new; in fact, I'm aware of two or three Chinese ecommerce sites that go back four or five years where if you didn’t show a registered trademark, you couldn't sell.

However, the biggest factor is the huge growth in flat-out entrepreneurialism. The number of new businesses that were created during the pandemic has been really enormous. Some economists have speculated that in prior recessions and downturns, people had more time on their hands. Now suddenly, you had people who had a bit of extra money and the time and this desire to do something different because they didn't want to go back to the old job. I think that that was the biggest external development for us in the past 12 months.

Turning to the internal, this huge surge which drove up pendency actually had a silver lining in that all of a sudden we had more time to really look at how to deal with it. In the past, when we had pendency starting to rise, people just sort of threw water on the fire until it seemed fine. This situation was so big that it forced us to look at everything in the process. Now there's a project to do exactly that, which has included  looking at every single data point that could impact pendency. So we hired more examiners, as you would expect, but we also boosted overtime, awards, and everything relevant. We basically realised that we couldn’t just hire our way out of these problems, because that can lead to over-hiring. It led us to the introduction of what we call ‘TM Flex’, a project that we just started that enables us to do what a company would do if it all of a sudden had a huge amount of work to do. Specifically, it allows us to go out and find people on a short-term contract to help us get through the really heavy workloads. That has allowed us to deal with two big areas: examination and anti-fraud work. That leaves the core work for the internal trademark professionals and has allowed us to add this resource on top of that.

One of the difficulties when you're dealing with a sudden surge in applications is whether this new rate is actually ‘the new normal’. Is your expectation that the spike in application numbers is here to stay, or do you think it will subside?

We are predicting that this year will see an application decrease relative to last year – our current prediction is down around seven to eight percent. However, that's still up from 2019. So I think, to your question, last year was what economists would call a ‘Black Swan’. I mean, it’s been a huge, overwhelming, unpredictable time, but I don't think it’s the norm.

Can you expand on some of the other things the USPTO has been doing to get back to normal in terms of pendency levels?

One major thing is that we've hired a large number of examining attorneys. In the last fiscal year, we hired an excess of 50 examiners, and this fiscal year will probably hire 100 (60 of those have already started). Alongside that, we’ve added in the past year a different way of training new examiners that we refer to as our ‘Trademark Academy’. Now, examiners are taking part in an initial eight week training period, then they go out to all their law offices and the training continues that way. We keep them all in this academy format for a year, and we think it gets them up to speed faster and creates more consistency.

Furthermore, I have also wanted to ask ‘why’ about every single part of our workflow or our way of working, and questioning whether certain unexpected things could be interfering with pendency. For example, one of the things we're going to study is what should be the right balance of quality and timely, because they're ultimately both sides of the same scale.

A key part of wanting to reorganise workflows is bringing along colleagues and peers; has that become a focus as well?

Yes, and one thing that I really like about the trademark side of the PTO is that it’s a very entrepreneurial, creative group of people. That may be because we didn't always have the resources, so over the years the team has developed a lot of internal working groups that focus on different areas. The great part about that is examining attorneys and policy people are both in there, because everyone is helping us work to work together better. For example, we would find out if an examiner using the internal rating system would inadvertently motivate more searching than is really needed that could create a small little slowdown in the examination process. Removing that may be a savings of, say, a couple of minutes, but if that is multiplied over 900,000 plus classes, that couple of minutes is all of a sudden a very noticeable change.