There is a need for change in Italy’s IP sector thanks to attempts to harmonise the national trademark regulations of EU member states and the global increase in technological innovation and online activity.

Industrial property protection in Italy, particularly for trademarks, has been subject to significant, largely exogenous, pressures to change in recent years, with the move to harmonise the national regulations of EU member states on trademarks and the pervasive spread of technological innovations being the two main drivers.

Although the sources of these calls for change are often the same, the challenges that Italy’s IP sector faces are new.

After the introduction of an opposition procedure and the psychodrama generated by the IP Translator judgment, Italy's trademark sector is facing a Copernican revolution: the implementation of the new EU Trademarks Directive (2015/2436), which amends how EU trademarks are regulated.

On 20 November 2018 the Italian Council of Ministers met to approve, in preliminary examination, the legislative decree prepared by the Ministry of Economic Development to implement the directive. The directive provides that, over the next seven years, EU member states must introduce new administrative procedures in order to overcome the disparities between trademark owners in different countries. The extension of existing trademark rights and protection for new types of trademark (eg, olfactory marks), as well as how to overcome the requirement of mere graphical reproducibility are among the changes planned.

The change that will have the greatest impact in Italy, will be the introduction of an administrative procedure, for the revocation or declaration of invalidity of trademarks – this will act as an alternative to legal proceedings. However, for now, this issue remains unaddressed by the Italian legislature.

One of the legislation’s main novelties is, without doubt, the abolition of the requirement for graphic representation. This allows the possibility of new types of trademarks to be filed in formats that were not previously provided for by national systems (eg, signs consisting of a combination of images and sounds). While Italian examples of the consequences of this innovation are not readily available, there are already some interesting cases in the EU Trademark Register, such as the multimedia brand of Turkish chef Nusret Gökçe, who is known by the nickname Salt Bae. The well-known cook was able to obtain protection for a multimedia sign representing a film sequence , which lasts about three seconds, in which he dusts salt with his signature stroke of the wrist.

However, the practical consequences of these changes cannot be assessed in concrete terms until the technical aspects of the new filing procedures have been defined. Quite simply, it is probably the IT component of receiving and storing these new trademark applications that will cause the biggest headaches.

Key amendments include the introduction of an absolute ground for refusal to register trademarks where these conflict with protected designations of origin and geographical indications, regardless of the sector to which they belong (eg, wines, spirits, agricultural and food products), as well as the provision of special grounds for refusal on the basis of conflicts with protected traditional terms relating to wines and traditional specialities, which are guaranteed protection by EU legislation.

Within Europe, Italy currently has the highest number of agri-food products with designations of origin and geographical indications recognised by the European Union (source: the Italian Ministry of Agricultural, Food, Forestry and Tourism Policies). The introduction of this further absolute impediment, therefore, makes it even more important to pay close attention when looking for obstacles to registration in the pre-filing phase.

With regard to the fight against counterfeiting, the Legislative Decree prepared by the ministry extends the possibility of applying for the seizure of suspected counterfeit goods at the border, even in cases of mere transit. Previously the law provided for seizures only where there was evidence that the suspect goods would have been marketed in Europe.

In addition, the introduction of a stricter standard for counterfeit goods in transit will have a significant impact in Italy, as Italian ports are commonly used for transshipment activities. The port of Gioia Tauro, for example, is the largest port for container throughput in Italy, the ninth largest in Europe and the sixth largest in the Mediterranean.

However, administrative procedures for the revocation or declaration of invalidity of trademarks and the abrogation of the existing rules on the identification of goods and services in trademark applications as an alternative to legislation, are among the most glaring omissions in the recent legislative decree.

With regard to alternative administrative procedures, it is reasonable to assume that the Italian government intends to use all the time made available by EU Directive 2015/2436 (until 2023) to try to identify an operational platform that would allow the Italian Patent and Trademark Office to tackle the huge increase in activity that will be determined by these new procedures.

In addition to the ever-present theme of economic resources, or lack thereof, and issues of human resources, it remains to be determined which model should be adopted to implement these new procedures, while also taking into account the experiences of other EU countries.

Italy is certainly not the only country in which the revocation or invalidity of a trademark can only be established in court. There are also many European countries that already have alternative administrative procedures – from the Benelux Office for Intellectual Property, which has a system comparable to that of EUIPO in terms of the extension of the actions available, to Sweden (and, in a sense, also Germany), which has a dual system. In this system, the action for cancellation can be brought before both the office and the court. Where the action is brought before the office, this takes a decision only if the rights holder does not object or accepts the cancellation. Where objections are made by the owner, the case will be referred to the Patent and Market Court.

Between these two extremes, the Benelux experience seems to be most in line with the ultimate purpose of Directive 2015/2436. For now, only Finland has addressed the issue of alternative administrative procedures, aligning its Trademark Law with the provisions of the directive well in advance, in classic Scandinavian style.

Regrettably, the legislative decree prepared by Italy’s Ministry of Economic Development failed to take the opportunity to remedy an inconsistency between Italian law and the principles that emerged from IP Translator, which were transposed in the directive.

Section 37 of the directive states that in order to allow the competent authorities and economic operators to determine the extent of trademark protection on the basis of the application only, the designation of goods and services should be sufficiently clear and precise. The use of general terms should be interpreted as including only goods and services which are clearly covered by the literal meaning of a term. While Article 11(1)(h) of the Italian Industrial Property Code provides that the application for registration of a trademark must contain "the list of goods or services, preceded by the indication of the class number or the class title with the class number if in the latter case you want to claim all the goods or services of the class”.

It is unquestionable that national courts must guarantee the full applicability of EU rules by disapplying, where necessary on their own initiative, any provision of national law without having to request or await its removal by legislative or other constitutional procedures (see Simmenthal v Administration of Finance) and, therefore, the abrogation of the provision was not strictly necessary. However, this rule simultaneously continues to be indicated, even by the Italian Trademark Office itself, as a reference for potential new Italian trademark application holders with regard to the essential content of an application.

Moreover, the abrogation would have been fully covered by the provisions of Article 3(a) of the European Delegation Law 2016-2017 (163/2017), by which Parliament implemented EU Directive 2015/2436, which enables the Government to expressly repeal outdated provisions.

Technological innovation and spread of online services pushing for change

Among the most interesting developments is Geo UIBM, an app created by the Italian Patent and Trademark Office that keeps businesses and citizens updated about centres of counterfeiting. The app also allows users to report cases of alleged violations of industrial property rights directly.

Remaining on the subject of the interface between technology and intellectual property – more precisely with regard to the online protection of IP rights and protected geographical indications – the renewal of the memorandum of understanding between the Italian Ministry of Agriculture, Food, Forestry and Tourism (together with numerous trade associations) and eBay for the defence of ‘Made in Italy’ food on the Internet, is worth mentioning. To date, this remains the only instrument for the protection of protected geographical indications made available by an internet service provider. The protocol, which already provides for the possibility of reporting violations of protected designations of origin and protected geographical indications on eBay, now also provides for a new collaboration to ensure the protection of consumers online, with regard to the accuracy of information on the labels of food products..

The challenges facing the Italian industrial property system are numerous and come from different fronts. However, almost all the questions share the same political vision – namely, the development of the protection of industrial property rights, the modernisation of the system in line with technological developments and, more generally, an increase in legal certainty. This should be welcomed positively by all players involved. 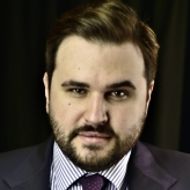