In newly-released comments, the UKIPO has confirmed that the UK will protect all existing EU trademarks and registered Community designs when the country leaves the EU. Crucially, the transfer of 1.5 million rights will be automatic and free of charge.

On July 19, the House of Commons held an ‘Exiting the European Union’ debate, with issues ranging from access to EU markets and support for farmers to fishing policy and contingency planning coming under scrutiny. In the days since, the media spotlight has focused on the ratcheting up of negotiating rhetoric on the part of both negotiating parties, with warnings that a ‘no deal’ scenario is becoming more likely. However, the debate also saw a crucial question about the treatment of trademarks answered.

In the debate, Lisa Cameron, Scottish National Party MP and chair of the all-party parliamentary group for textiles and fashion asked what steps the UK government is taking to ensure that intellectual property rights in the creative sector are maintained. In a surprise response, Robin Walker, parliamentary under-secretary of state for exiting the European Union, revealed: “UK-owned trademarks and design rights in the EU27 will be unaffected by our withdrawal. Meanwhile, we have agreed to protect all existing EU trademarks, community-registered designs and unregistered designs in the UK as we leave the EU. In place of those EU-level rights, 1.5 million new UK trademarks and registered designs will be granted automatically and for free.”

As a follow-up, in the House of Commons debate Cameron asked Walker about the treatment of EU-wide trademark and design registrations, which did not merit a specific mention in the UK government’s recently-published White Paper on Brexit, “and could therefore be at risk, once the definition of the EU no longer includes the UK”. On this Walker provided less detail but pledged: “I would like to reassure the industry that we have set out in the White Paper that we want to work with the EU to reflect common arrangements in this space. We recognise that the UK is a world leader in fashion, and it should continue to be. We will ensure that trademarks and unregistered design rights are protected in the UK.”

As it stands, then, it appears that the UK government has decided to make its announcement absent a deal on the treatment of trademarks in the EU, something that will be welcomed by rights holders. In the days since the debate, as noted, media coverage has focused on the possibility that no deal will be reached between the EU and UK. With respect the potential impact of a hard Brexit on the treatment of trademarks, Curtis opines: “I would contend this announcement means that registered EU rights will be converted for free into registered UK rights post-Brexit, whether there is an overall agreement with the EU or not concerning Brexit, whether there is a hard or soft Brexit, and that this process will be automatic. I still think the fear that IP rights previously protected under EU law will somehow disappear post-Brexit in the UK is overblown and there is not a need to duplicate EU rights in the UK now by filing duplicate design and trademark applications both in the UK and EU now.”

As we noted earlier this month, the UK’s Brexit Paper offered clues to the future treatment of IP but was focused primarily on patents and geographical indications. Today a spokesperson for the UKIPO told World Trademark Review: “We can confirm that, subject to agreement of the Withdrawal Agreement, we will continue to protect all existing registered European Union Trademarks, registered Community designs, and unregistered Community designs as we leave the EU. We will do so by creating over 1.7 million comparable UK rights, which will be granted automatically and free of charge. In terms of the White Paper, as the Minister has stated, there are significant mutual benefits available to the UK and EU through intellectual property cooperation. For that reason we are seeking to explore arrangements on cooperation on IP with the EU, where this is consistent with the UK’s overall approach as set out in the White Paper.”

That the UK government, and IP office, has now confirmed the intention to transfer EU trademark and design rights to the UK register, at no cost to the owner, will be welcomed – and suggests the Brexit fog may be starting to lift. To get a clearer picture, attention will now turn to the EU’s position with respect to the future treatment of UK rights in the EU. 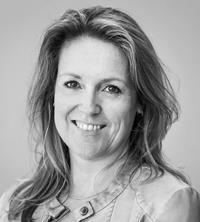