The European Commission has published a draft agreement on the withdrawal of the United Kingdom and Northern Ireland from the European Union, which outlines the broad understanding the negotiating parties have arrived at on key issues. The wide-ranging document contains eight articles which directly address intellectual property. While still requiring final agreement, the document offers vital detail on the likely treatment of EU trademarks (EUTMs) and Community registered designs in the coming years.

Mainstream media headlines have seized on the announcement that the transitional period is set to last from March 29 2019 to December 2020, providing breathing space for the parties to finalise Britain’s full exit from the EU. The treatment of intellectual property during that transition period is also detailed. Specifically, it states that the holders of EUTMs registered before the end of the transition period will become the holder of a comparable and enforceable intellectual right in UK. Where a new UK right arises in these circumstances, it will have as its renewal date the same day as the corresponding EU right.

Reflecting on this, Lee Curtis, a trademark attorney at UK IP firm HGF, observes that “there is still no agreement on whether this will be automatic and free of charge, which is European Commissions desired outcome. However, what this suggests is that there is no need to file separate UK and EUTM applications at this stage”.

For European trademark and design applications filed before the end of the transition period in December 2020, a nine-month priority period will be available to claim priority in relation to newly filed UK applications. For Curtis, this is a common sense move: “The provisions provide for essentially a ‘clean break’ provision with regards pending EU trademark applications at the time of Brexit in December 2020. These provisions do seem logical and avoids EUTM Application being potentially pending for years post Brexit having an impact on the UK. Although the nine-month priority period for conversion does potentially raise some interesting questions over filing strategies in immediate period before the end of the transition period.”

Reflecting on the intellectual property section of the 129-page document, Curtis observes: “In essence the status-quo will be maintained until December 2020 with the UK remaining within the European Union Design and Trademark Regulation, but it is clear given the remainder of the provisions, that the UK will be outside those regulations post-December 2020. However, a caveat must be applied to this agreement, as after all it is a draft, not all the provisions have been agreed, and the UK parliament and presumably the European parliament will have to approve the end agreement in full.”

World Trademark Review understands that – despite recent media headlines reporting that the UK government is neglecting IP in its lobbying efforts – behind the scenes concerted efforts to lessen the jolt of a clean break in 2020 are ongoing. Thus, we are getting closer to certainty over the treatment of IP rights post-Brexit, even if we are not quite there yet. 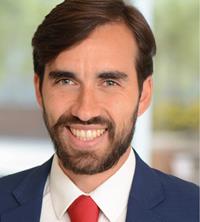