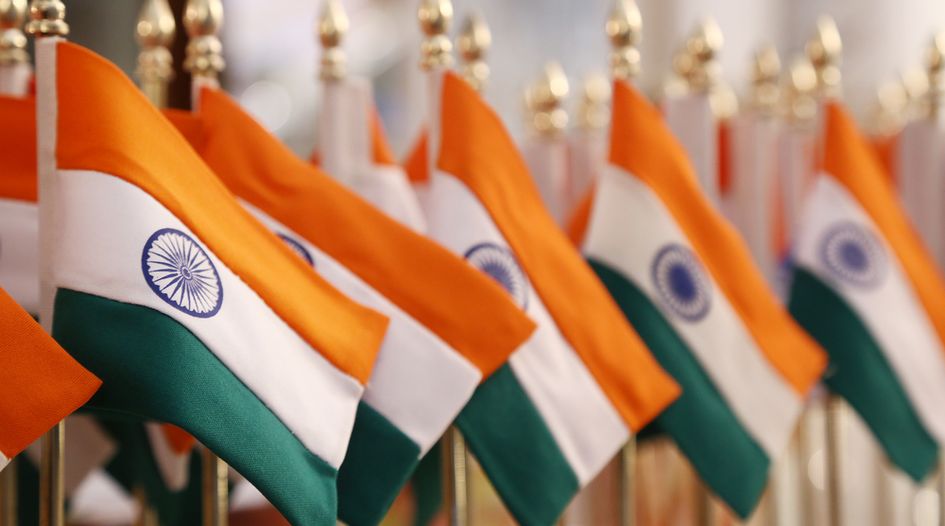 Injunctions at a glance

The condition of existence of a prima facie case is essential for the grant of an injunction, while the other two conditions should be satisfied by the plaintiff conjunctively. The courts may also take into account the public interest when granting or refusing a request for the grant of a preliminary injunction.

Apart from filing a suit for infringement, the Trademarks Act (the TM Act) also provides for remedies under criminal law. False application of trademark and selling goods to which a false trademark has been applied are offences that may entail imprisonment for a term not less than six months, extendible to three years with a fine.

Indian law safeguards businesses from unlawful interference and groundless threats of legal proceedings. For example, Section 142 of the TM Act provides that if a person or entity is threatened by someone with legal proceedings for infringement of a registered trademark, they have the option to file a civil suit against the person so threatening to seek a declaration that such threats are unlawful, seek injunction against the continuation of such threats and claim damages if there has been any loss. However, this does not apply once legal proceedings as a consequence of the threat are instituted. Similar provisions are also provided in the Copyright Act, the Patents Act and the Designs Act. However, under the Patents Act and the Designs Act, it is not explicitly mentioned that proceedings due to groundless threats would cease once legal proceedings as a consequence of the threats are instituted.

Infringement of unregistered rights in trading names or styles may become actionable under equity for passing-off if it can be shown that the plaintiff’s trading name or style has accrued extensive goodwill and reputation in India such that, by using deceptively similar trade name or style and packaging, the defendant is passing off its goods as those of the plaintiff. Passing-off is claimed in conjunction with a claim for registered trademark infringement but, if the rights on a trademark are unregistered, passing-off may be the only cause of action available.

To establish a cause of action of passing-off, the plaintiff must prove goodwill through number of years of use of the mark, scale of use, promotion and advertisements, and extent of sales, among other factors. Next, it must be shown that the misrepresentation adopted by the defendant is likely to cause confusion such that consumers would believe that the goods and services of the defendant arose from the plaintiff. It must also be shown that such passing-off has caused loss and injury to the plaintiff, for which the defendant would be liable to pay damages.

Under Section 89 of the CPC, the court may refer a dispute to arbitration, conciliation or mediation where it appears to the court that there exist elements of a settlement that may be acceptable to the parties. To encourage alternative dispute resolution, especially mediation, almost all courts in India now have mediation centres and, if there is slightest possibility of mediation, the courts encourage the parties to explore it. In commercial matters, mediation has been made mandatory before instituting a suit unless an urgent relief is contemplated. Thus, a party thinking of initiating a legal process based on a commercial matter must explore mediation first unless a preliminary injunction is sought. In trademark cases, however, pre-suit mediation is very rarely explored as the rights holders always seek a preliminary injunction to immediately stop the infringing activity of the defendant. However, after the suit is filed and preliminary injunction is granted, the defendants settle mostly through mediation to avoid unnecessary litigation costs and consequent damages that the court may impose after trial.

Although mediation can be explored by the parties, issues relating to the validity of trademarks, infringement and other disputed rights that are in rem cannot be decided through other alternative dispute resolution mechanisms such as arbitration. However, if a dispute arises from a contract between parties and the dispute falls within the ambit of the arbitration clause of the contract, even though such a dispute pertains to the copyright or trademark infringement, it still could be decided by arbitration as it will fall under the ambit of right in personam.

Trademark suits cannot be filed before a court inferior to a district court. If the valuation of the suit, which is ordinarily based on the brand value and damages sought against the defendant, exceeds the specified value of 300,000 Indian rupees, the suit is to be filed before a commercial court. In a recent development, the High Court of Delhi has constituted a separate intellectual property division to hear all IP matters that are filed in the High Court of Delhi. Commercial courts have separate rules and stricter timelines to ensure that they are adjudicated expeditiously.

The owner of a trademark can recover damages in relation to acts of infringement. The principle involved in the awarding of damages in India has seen a great evolution in the recent past, and the courts have now begun awarding additional punitive damages to curtail the menaces of counterfeiting and trademark infringement.

The award of damages is more prevalent in trademark disputes than in any other IP domain. The principles laid down for the award of damages in trademark disputes have acted as a benchmark for other IP domains as well. On one hand, the grant of punitive damages has rested majorly on the conduct of the defendant and the flagrancy of the violation. On the other hand, the award of compensatory damages depends upon the establishment of loss suffered by the plaintiff and profits made by the defendant along with a basis of evaluation for these calculations. Plaintiffs can either claim damages or a rendition of accounts – not both. In Titan Industries v Jain (2006 (32) PTC 95 Del), the High Court of Delhi held that, where damages and rendition of accounts are claimed together, the plaintiff must elect one single relief during the course of the trial. Moreover, the plaintiff is required to establish how they have reached the claimed figure and what calculation has been employed.

Injunction is one of the civil remedies recognised under the TM Act, along with damages or account of profits. It is the most essential remedy sought in every suit for infringement. Injunctive relief can be interim or permanent. Interim injunctions are granted for a specific time or during the pendency of the legal proceedings. A permanent injunction is granted when the plaintiff succeeds in their claim of infringement and a final decree is awarded.

An interim injunction can be combined with other reliefs, such as:

Remedies under criminal law are also available, which include imprisonment and fine. There are administrative remedies in place such as opposition, rectification of the register of trademarks and prohibition of the import or export of infringing goods at customs, among others.

The basic investigation and collection of evidence in infringement of trademarks include the following:

Before filing a lawsuit, it is essential for rights holders to gather all documents relevant to the case. These documents must be filed along with the plaint itself.

Use of expert witness

There are no significant instances where expert witnesses have been called in trademark matters in India.

In a suit for infringement, the defendant can avail the following defences:

Appeals against the decision, or an order of the registrar under the TM Act or the rules made thereunder may be preferred to the commercial division of the relevant high court. Where the final judgment was passed by a high court in its first instance jurisdiction, the appeal lies before a division bench of the high court in question.

A party can file a second appeal against the first appeal decision before a higher appellate court if it can show that a substantial question of law is involved.

As per Section 104 of the CPC, it is not normally possible to appeal further. However, under Article 136 of the Constitution of India, the Supreme Court has the authority and discretion to grant leave to hear an appeal from any judgment, decree, determination, sentence or order in any cause or matter passed or made by any court or tribunal in India.