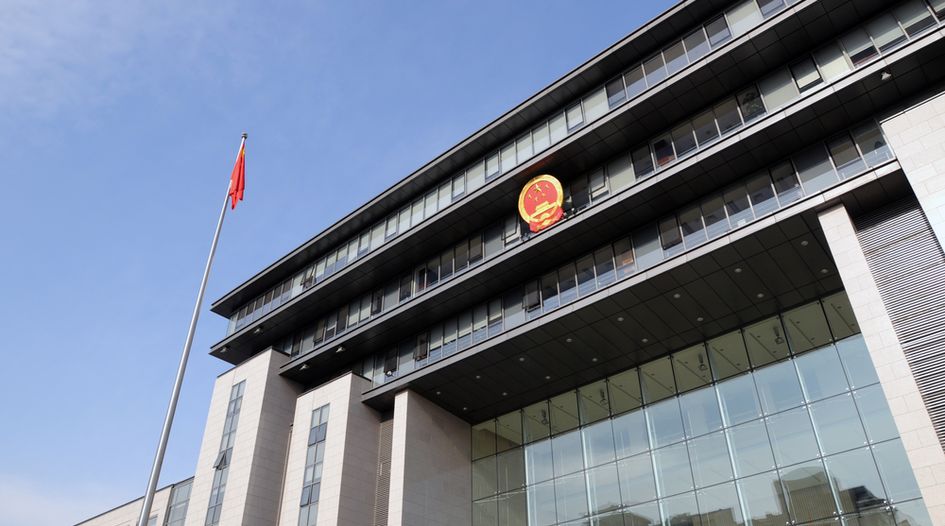 Injunctions at a glance

Preliminary injunctions are an increasingly critical tool in litigation because an order on a preliminary injunction or property preservation (attachment of property), or both, helps the trademark owners to stop ongoing acts of infringement, avoid or minimise irreparable harm pending litigation, enforce the final verdicts and support claims for damages.

The courts will consider the following factors when granting such an order:

According to the Civil Procedure Law, a motion for an order on a preliminary injunction or preservation of property, or both, can be filed both before and during litigation. When necessary, the courts may decide to issue such an order on their own initiative. When the courts decide to grant the order, the applicants for preliminary injunctions or preservation of property, or both, are required to provide a security. The courts shall dismiss the motion if the applicant fails to provide the security at the request of the courts. With regard to the pretrial injunction, the courts shall revoke the order if the applicant fails to file a lawsuit or arbitration within 30 days of the date on which the courts issued the order.

China has a comprehensive and integrated legal framework for trademark protection based on domestic legislation and international IP treaties and conventions. The Trademark Law and its implementing regulations are the primary sources of law on trademark protection in China.

In addition to the above, the following apply:

The courts have rendered verdicts holding that the sale of parallel imported goods constitutes trademark infringement if there are substantive changes in product packaging, or differences in terms of quality or trademark use, between the authorised goods and the parallel imports. The courts have also rendered verdicts that outline the criteria for determining infringement regarding trademark use related to original equipment manufacturer (OEM) goods that are produced in China and intended only for exportation without sale in China.

In recent years, trademark squatters have initiated litigation to compel real trademark owners to either pay damages or purchase back trademarks registered in bad faith at very high prices. The courts have gradually developed a consistent practice of dismissing those cases on the grounds that such litigation constitutes abuse of rights by trademark squatters.

Trademark litigation falls into the following categories in terms of applicable laws, procedures, nature and objectives.

Criminal litigation is usually filed by the procuratorates after the Public Security Bureau (PSB) has completed its criminal investigations and handed over files and evidence to the procuratorates. The PSB may open criminal investigations on its own initiative, or in response to complaints filed by the rights holder or after the cases have been handed over to them by the AMR.

Trademark disputes can be resolved through negotiation and mediation during civil litigation. The court may act as a mediator, or direct the parties to work with the court-designated external mediators or mediation centres. The SPC has been urging the courts to rely on alternative dispute resolution (ADR) mechanisms to deliver efficient and diversified in IP protection. During civil litigation, the courts will always ask the plaintiffs and defendants whether they want to settle disputes through ADR.

Arbitration serves to resolve civil trademark disputes, provided that the parties agree in writing to arbitration. Mediation and arbitration are generally not employed in administrative and criminal trademark litigation unless the rights holder files an incidental civil litigation in combined criminal and civil proceedings, and the parties choose to mediate a settlement agreement on the civil claims over damages.

Specialised IP courts and IP tribunals have more expertise and experience in handling IP disputes. Courts in more economically developed provinces and areas are more pro-IP and tend to grant higher damages. It is recommended that the plaintiff file the trademark litigation to the specialised IP courts or tribunals. It is also an effective strategy to identify every player involved in the trademark infringement and select the court most preferred by the plaintiff to file the litigation.

Internet courts in Beijing, Hangzhou and Guangzhou have jurisdiction over disputes arising from online infringement and transactions. Almost all proceedings at the internet courts are conducted online for the convenience of all parties involved.

The courts at the defendant’s domicile or the location of the server of the e-commerce trading platform have jurisdiction over litigation against an internet-based trademark infringement.

Damages include reasonable expenses spent by the plaintiff on the trademark enforcement actions.

In light of present practice and the trend for courts to award substantial damages, as well as punitive damage in some cases, the rights holders should consider relying more on litigation to obtain stronger protection and seek damages in China.

Trademark litigation holds more of a deterrent power if it can hold individuals liable for trademark infringement. In recent years, the courts have rendered verdicts that have held legal representatives and shareholders jointly or severally liable for infringements perpetrated by their companies, defeating their attempts to evade trademark infringement penalties by abusing the independent legal person status of the company or the limited liabilities of shareholders.

Survey evidence is not mandatory and is often challenged. In practice, survey evidence has been filed to the court in difficult cases for reference purposes. The SPC and local courts have accepted survey reports as evidence. The referential value of survey evidence for the judges to determine cases should not be ignored.

Expert witnesses are permitted in trademark litigation cases and are often engaged to provide expert opinions, especially in cases of first impression. Courts may also consult experts for their opinions on difficult issues. Economic experts can be helpful in ascertaining payable damages. Expert opinions may not be cited by judges.

The SPC has dismissed trademark infringement lawsuits on the grounds of abuse of rights.

The appellate court will review both factual and legal issues. It usually takes six to nine months for the appellate court to render its judgment, which is final and effective. The timeframe for court proceedings will be longer if one of the parties is a foreign entity or national.

In rare circumstances, the people’s procuratorates have powers to supervise the adjudication of civil cases and may do so ex officio or at request of the parties involved in the civil cases.

Any party can appeal before the appellate court.