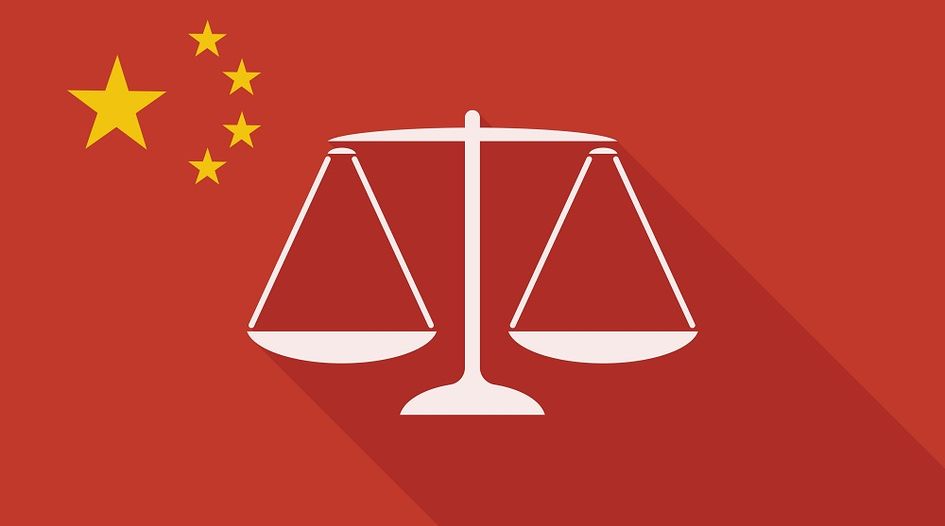 In the Trademark Law of 2001, Article 56 added that the people’s court may award compensation in the amount of up to 500,000 yuan according to the circumstances of the infringement if it is difficult to determine the profit or loss from the infringement. The judicial interpretation refers to such calculation method of damages as statutory compensation, which can be applied by the People’s Court at the request of the parties or at their own discretion. When determining the amount of statutory damages, the court shall consider:

In the Trademark Law of 2013, Article 63 significantly modified the original calculation rules of the amount of damages, mainly reflected in the following aspects.

First, the reasonable multiple of the actual licence fee was added as the calculation method. The second modification clarified the order of application of various calculation methods of damages – only when the former is difficult to determine can the latter be applied.

The third increased the punitive damages calculation method for malicious infringement with serious circumstances, which can be determined by way of any of the the three methods of actual loss: profits of infringement or licence fee of the amount of more than one times to three times to determine the amount of compensation.

The fourth added the proof of obstruction rule. In other words, if the rights holder has tried their best to collect evidence but the infringement-related account books and materials are mainly owned by the infringer, the court can order the infringer to provide such material. Where the infringer fails to provide or provides false account books and materials, the amount of compensation may be determined by reference to the claims and evidence provided by the rights holder. Finally, the fifth modification raised the limit of statutory damages to 3 million yuan.

The Trademark Law was amended again in 2013 to stipulate the order in which various calculation methods can be applied and trademark owners could not choose by themselves.

In the current Trademark Law of 2019, Article 63 is only reflected in two aspects: increasing the multiple of punitive damages to more than one time and less than five times, and limiting the amount of legal compensation to 5 million yuan.

In traditional civil law, the purpose of calculating actual loss is to fill the gap between "he benefit level that the rights owner would have achieved if there were no infringement and the benefit lost due to the existence of the infringement. In terms of concrete calculation, traditional civil law usually defines direct loss and indirect loss as two distinct types of loss. Direct loss refers to the reduction of the existing property of the rights holder, while indirect loss is the reduction of available benefit.

In existing trademark infringement cases, the calculation method of actual loss generally adopts the rule of how much the sales volume of the rights holder decreases due to the existence of the infringement. The trademark owner must prove a causal relationship between the decrease in sales and the infringement. In judicial practice, the plaintiff must guarantee that there is no evidence to prove that other major factors would have caused the plaintiff’s sales to be seriously damaged, so the alleged infringement is the most important reason for the plaintiff’s income reduction. Such applicable standards make the calculation method of actual loss less supported by people’s courts except in extremely special cases.

The calculation method of profit from infringement has a relatively low application ratio in reality. There is uncertainty in the specific application of the concept: there is both punitive understanding and filling understanding.

In accordance with the profits of the relevant industry, data such as authoritative reports of national statistical departments, statistics of official industry associations, industry financial indicators recorded by authoritative financial information and research reports issued by investment institutions are mainly examined.

The rule of the multiple of actual licence fee was added by way of Article 63 to the 2013 version of the Trademark Law. Due to the interpretation of the word “the” in the article, this calculation method can only be advocated if there is already a licensing practice in practice. Even if the rights holder proves that there is a licensing practice, the court still adopts a very strict attitude to examining the authenticity of the licensing practice, which directly results in a very low application rate of the rule. After identifying comparable licensing practices, the differences between normal licensing and infringement should also be fully considered in terms of mode, time and scale, and the spirit of compensation being appropriately higher than normal licensing fees should be reflected.

After determining the actual amount of the licence fee, the people’s court has a large amount of discretion in the application of this rule. In practice, it is generally arbitrarily determined between one and three times, and punitive in some cases. In judicial practice, the difference between infringement enforcement and normal licence in terms of mode, time and scale is taken as the measurement factor of a reasonable multiple.

Although the punitive damages system was introduced to the Trademark Law in 2013, the application rate in practice is very low. The reason lies in the very low proportion of the compensation method as the base of punitive damages.

In reality, some cases refuse to provide statutory damages relief to trademark owners after considering relevant factors, for example:

Defense to bear the liability for damages

Article 56(3) of the Trademark Law of 2001 provides for the defence of legal origin. In reality, in most cases, the plaintiff does not sue the manufacturer of the infringing product, but the retailer. However, due to the defendant’s lack of ability to provide proof and the influence of the court’s stricter examination standards regarding various elements, the proportion of legal source defences that can obtain support is not high.

No defence for three years

If a registered trademark is discontinued for three consecutive years, its claim for damages may not be supported. Article 64(1) of the Trademark Law of 2013 stipulates that, if the rights holder cannot prove actual use within the prior three years or other losses due to the infringement, the accused infringer shall not be liable for compensation. Compared to the former, the latter adds the requirement that it cannot prove other losses due to the infringement, which may accommodate a situation in which the trademark owner can still take the licence fee as other losses even though the trademark owner has not actually used the trademark in question. The judicial practice does not support such an interpretation – it supports the reasonable expenditure of the rights holder’s right to request rights protection.