The owner of trademark rights (registered or unregistered) may use court proceedings and administrative procedures to enforce its rights against infringers.

The framework for litigation is laid down in the Code of Procedure 740/1942, the Arbitration Act 116/1999, the Patent and Market Courts Act 118/2016 and the Rules of Arbitration Institutes.

If a party claims to be the formal or correct owner of an applied-for trademark, the PRV may require that party to bring an action before a court within a certain time period. The objection may be disregarded if it is not submitted within the stated timeframe. If a party can prove its right to the applied-for trademark, the PRV will transfer the application to that party.

Under Section 7 of the Trademarks Act, the PRV may refuse the registration of a trademark based on the common interest. A registration will be refused if the trademark:

Under Sections 8 to 10 of the Trademarks Act, the PRV may refuse the registration of a trademark based on other rights, including other registered or well-established trademarks or company names used in commercial activities. In principle, all PRV refusals can be appealed to the Patent and Market Court.

Oppositions may be filed on both relative and absolute grounds. For an opposition based on relative grounds, the opponent must have a legitimate interest in relation to the opposition. Oppositions must be filed within three months of publication of the disputed trademark.

After the three-month opposition period has expired, it remains possible to file for an administrative revocation. An administrative procedure can be used to revoke trademarks which are no longer used, among other things. A trademark owner whose registration has been revoked by the PRV may apply to the Patent and Market Court for recovery.

The Patent and Market Court was established in 2016 and is located in Stockholm. The court administers many different kinds of cases, including:

Arbitration is the most widely used alternative dispute resolution mechanism in Sweden. The Arbitration Act provides a functioning and well-established framework for carrying out arbitration proceedings; however, an even more well-established procedure is arbitration under the Rules of the Arbitration Institute of the Stockholm Chamber of Commerce (SCC). The SCC has obtained extensive experience in dispute resolution over a period of nearly 100 years. It has developed into one of the premier institutions globally for East-West-related disputes, and is today an international centre for dispute resolution, where parties from up to 40 different countries choose to have their disputes settled each year.

However, it is uncommon for trademark disputes to be resolved by arbitration, since the nature of such disputes is often non-contractual, and arbitration requires for the parties to have entered into an agreement to arbitrate (either in a contract or ad hoc, when a dispute has arisen).

Mediation is often undertaken as a first step, before (if necessary) litigation or arbitration. The SCC has established a mediation process that has gained great popularity. Once initiated, mediation is usually completed within one or two working days, depending on the complexity of the dispute. It is a non-binding procedure controlled by the parties, which can choose to end the mediation and commence arbitration or litigation at any point during the process.

One condition for mediation is that the parties have agreed to use a mediator. This agreement may be included in a contract as a mediation clause. Any settlement reached can be confirmed in an arbitral award and thus be made enforceable.

As outlined below, the Patent and Market Court will normally take a mediating role during the preparation of the case (often in combination with a preparatory hearing). Such mediation is successful in many cases and will render a documented settlement which may be made enforceable by a declaratory judgment.

Most trademark cases before the Patent and Market Court begin with a summons application or an appeal against a decision by the PRV.

Cases before the Patent and Market Court are often settled by negotiation before a final hearing takes place. During the preparation of the case – which often includes a preparatory hearing – the court will normally take a mediating role as outlined above.

Some cases can be tried by only written procedure, without hearing. Otherwise, the court will convene a final hearing where the parties will bring forth arguments and evidence in the form of written evidence and oral statements under oath.

As determined by the court, cases may be tried by judges with specialist legal expertise as well as technical and financial experts. In certain cases only judges will appear; in other cases, the court may comprise both judges and specially appointed members.

The losing party will usually be obliged to compensate the winning party for its costs, including the costs for counsel, oral and written evidence, as well as any arbitrators’ fees. However, there are exceptions. If the plaintiff’s plea is only partially recognised by the court, the plaintiff may have to bear its own costs, and sometimes even pay part of the defendant’s costs. The costs for the court itself are limited to a small administrative fee.

In practice, forum shopping is limited to the choice of court litigation or arbitration. This is primarily due to the fact that the Patent and Market Court is an exclusive forum. This means that in most cases the parties have no choice where to file a summons, either due to an arbitration agreement between the parties or because the matter can be assessed only by the Patent and Market Court.

The central remedy offered by Swedish law is compensation for loss in the form of damages.

In addition, the court can order the recall of infringing products from the market and destroy or amend such goods. In criminal cases, it may order the seizure of the means of infringement.

The court may also order the party that has committed or contributed to the infringement to pay pecuniary compensation to cover the costs of publicising the judgment.

Infringements committed intentionally or by gross negligence are subject to criminal penalties, namely a fine or up to two years’ imprisonment. Possible criminal offences should be reported to the public prosecutor. The prosecutor will take action only if it is seen to be in the common interest.

A relatively new such case is Designers Revolt, in which a UK-based company sold replicas of designer furniture and lamps. The company was based in the United Kingdom because the goods it sold no longer held IP protection under UK law, but it aimed its marketing at Swedish consumers. The Patent and Market Court tried four executives. Two of them were found guilty of both copyright and trademark infringement, and were sentenced to 18 months’ imprisonment and damages amounting to several million kroner. The decision is subject to appeal.

A trademark owner or licensee can file a motion to the court requesting injunctive relief, including:

The Patent and Market Court may grant preliminary and final injunctions. In order to obtain preliminary relief, the applicant must show probable cause that the other party has committed a trademark infringement, and must also provide security for losses incurred by the other party due to the relief.

In almost all cases before the Patent and Market Court, evidence and arguments are brought forward in the main hearing, which is the ultimate stage of the proceedings before the court. The procedure at the Patent and Market Court can be tried without such hearing per se, but this will normally be the case only where no oral evidence is relied on and the parties agree on such procedure.

In accordance with the Code of Judicial Procedure, when it is not possible for the plaintiff to submit full proof of damages, the court may assess a reasonable amount of damages. However, the regulation includes a large number of restrictions, and does not apply if no facts or evidence of damage are presented before the court.

In addition, the court may order an investigation into an infringing party in order to find important relevant objects or documents. A decision to order such inquiry requires that it can be reasonably assumed that an infringement has been committed. Also, such decision will be rendered only if the applicant provides sufficient security for damages which may be suffered by the investigated party.

The question of whether the above measures should apply will be decided during the preparatory stages of the court proceedings.

Survey evidence is recommended in many trademark cases. In the absence of such evidence, it may be difficult, for example, to prove before the court that a non-registered trademark has become known among the relevant public and is considered established on the market.

Survey evidence can also be used to prove that a trademark has distinctiveness in registrations or in infringement cases. However, when initialising a survey, it is important to consider carefully how the target sample will be chosen, as well as which territory will be covered by the survey and how the questions will be phrased.

Parties before the Patent and Market Court commonly rely on expert witnesses and the written statements of experts. Normally, a person who has issued a statement to the court must also be examined in the main hearing. Further, someone called as an expert witness must submit an expert opinion before the hearing.

Unless expert evidence is being used, it can be difficult to prove the financial value of a trademark and the economic consequences of infringement.

The following central grounds may be raised to defend against a claim of infringement:

If leave to appeal is not granted, the judgment gains legal force. 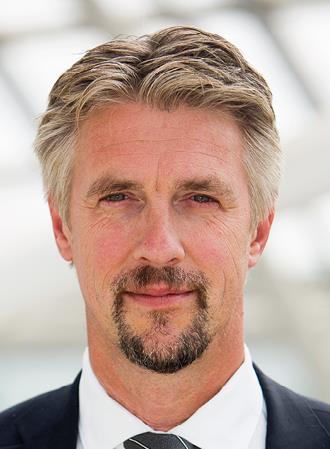 Mårten Stenström is a partner in Nordia Law’s corporate and IP departments. He graduated with an LLM from Stockholm University in 1990 and thereafter served in the Swedish courts. He works in the field of general business law and heads Nordia’s IP department in Stockholm. He has been named in Legal 500 Europe and contributed to the European Handbook on European Advertising Legislation (Cavendish, London). He assists Swedish and foreign clients in various areas of business law. 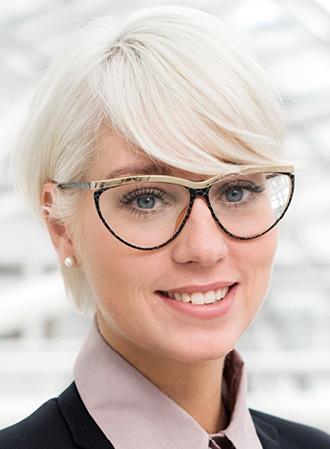