The main legislation regulating trademark litigation in Russia is contained in the following codified federal laws:

The Civil Code specifies causes of action, possible claims, statutes of limitation, definitions of infringing acts and other material norms. The procedural codes establish the rules of jurisdiction and formal requirements for lawsuits and petitions (among other things), and set out the procedure for prosecution of trademark cases in the state courts.

Although Russia has a civil law system in which court decisions are not a source of legislation, the rulings of the courts – especially those of higher instances – play an important role in shaping the rules of trademark litigation.

Russia is a member of all major international treaties that provide rules pertinent to trademark litigation, including (but not limited to):

The Russian legal framework for trademark litigation, as with Russian legislation in general, is characterised by frequent and rapid changes, which requires professionals to remain alert. In the past two years alone, several important procedural rules for the arbitration courts have been amended at least twice.

In general, the causes of action for trademark litigation can be categorised as:

Trademark infringement-related causes of action mainly include lawsuits on the protection of trademark rights against unauthorised use. The most common causes involve unauthorised use of identical or confusingly similar designations on product packaging or in advertisements and domain names.

The second category includes causes of action based on:

Although many of these cases usually start in the trademark office (Rospatent) as appeals against examiners’ decisions, the parties often proceed with filing further appeals to the courts.

Unfair competition causes may be added to both of these categories because, depending on the circumstances, unfair competition acts may constitute grounds for either trademark protection claims or claims challenging trademark rights.

Non-obligatory mediation is available in Russia for trademark infringement disputes and trademark non-use cancellation disputes, but it is a relatively new concept for the Russian legal system (the federal law on mediation entered into force in 2011). The fact that there is little information about mediations conducted for trademark matters suggests that it is rarely implemented in practice.

Russian courts routinely propose mediation to the parties of trademark litigation, as the procedure codes oblige judges to advertise this option at different stages of proceedings. If the parties decide to initiate a mediation procedure, the prosecution of the court case may be postponed.

Arbitration before arbitral tribunals (not to be confused with the state arbitration courts) is available for the same categories of dispute as mediation (ie, trademark infringements and trademark non-use cancellations). The parties may agree to submit the dispute to the arbitral tribunal before going to the state courts, or at any time during prosecution of the lawsuit in the state court (but before the final ruling of the first-instance court).

This dispute resolution method is not obligatory for the parties to the dispute and is not popular for trademark infringement cases, due to the undeveloped tradition of arbitration in general and difficulties with enforcement of arbitration decisions in particular.

The Russian judicial system has two branches of state courts where trademark litigation can be initiated: arbitration courts and common courts.

The Supreme Court can also take trademark litigation cases after all three instances have rendered decisions.

The law allows the parties to agree on the choice of the state court within the system of the first-instance courts, with some exemptions. Since most trademark litigation is between parties that do not have prior business relations and contracts, such mutual choice of forum is rare. The jurisdiction of the IP Court, the courts of appeal and the Supreme Court cannot be changed by the agreement of the parties.

Sometimes the circumstances of the case may allow the plaintiff to make a choice between the courts if the litigation involves two or more respondents located in different regions.

Jury trials are not available for trademark litigation. In the state arbitration courts and the common courts, cases are heard by a single judge or a panel of judges, depending on the court instance and stage of the procedure. It is possible to extend the panel of judges in the first-instance arbitration courts by inviting arbitration assessors (ie, reputable members of the public registered with the court) if the judge agrees that the case is particularly difficult or expertise is required in economics, finance or management. Arbitration assessors have voting rights equal to judges.

The law provides a non-exhaustive list of remedies which may be sought in trademark litigation. For trademark infringement cases, these remedies include:

In disputes with Rospatent and other disputes about defects of the trademark protection, parties may ask for:

The winning party can also ask for reimbursement of the legal costs of the trademark litigation. However, judges are usually critical towards the amounts claimed for legal costs and may reduce costs considerably.

The plaintiffs in trademark litigation bear full burden of proof, except for cases against Rospatent, where Rospatent must prove the lawfulness of its decisions (although in practice the plaintiff still does the work of proving its case). The judges rarely assist plaintiffs in evidence collection and discovery of the evidence from the defendant is virtually impossible. Consequently, all evidence for the case should be collected by the plaintiff before filing suit.

For trademark infringement cases, the evidence usually includes samples of the infringing products, purchased on the market with all purchase documents secured and notary public protocols about the content of the websites where the infringing products are advertised. Notaries public may also be involved in inspecting brick-and-mortar shops and other premises where the products can be bought or where the service is rendered.

In trademark non-use cancellation cases, the burden of proof of proper use of the trademark is on the trademark owner (ie, the respondent in the litigation). Nevertheless, the plaintiff should also work to present evidence regarding its interest in early termination of the disputed trademark; in particular, the plaintiff should prove that it does or plans to do business relating to the same goods or services for which the disputed trademark is protected and it has started or has been preparing to start using a similar mark for this business.

The law was recently amended to extend the obligatory complaint process to new causes of litigation, which has affected some trademark litigations as well. If the trademark litigation involves any kind of monetary claim (eg, reimbursement of damages or payment of statutory compensation), such claim should first be raised in a written complaint sent to the prospective respondent. This claim can be filed with the court no earlier than one month after sending the complaint. Similar rules are provided for trademark non-use cancellation cases: the plaintiff should first propose to the trademark owner that it voluntarily withdraw or assign the trademark and then wait two months before filing the cancellation action with the IP Court.

In trademark infringement cases, surveys are intended to establish the good reputation and fame of the protected trademark among consumers and to demonstrate consumers’ confusion regarding the competing mark used by the suspected infringer. A good consumer survey may help to win the case, but it is not regarded as decisive evidence in favour of either party. The parties often submit conflicting survey results, and relying solely on surveys contradicts a long-established approach of the Russian courts, whereby the judge considers the similarity of the marks by considering the perspective of a regular consumer.

In general, the procedure codes allow the parties and the judge to invite an expert to draft a report or testify on specific issues relating to a trademark litigation case. The parties may also present written opinions drafted by experts without a special order from the court. The legal strength of these reports and testimonies is limited and in many cases they can be considered equal to the subjective arguments of the parties’ legal representatives. This is due to the opinion of the Supreme Court that the issue of trademark similarity can be resolved by the judge from the point of view of a regular consumer, without engaging experts to conduct similarity analysis.

The general rule of the law provides for a three-year limit to initiate litigation against trademark infringement or other trademark rights-related violations. This time limit is to be counted from the moment that the plaintiff learns about the infringement. A claim against long-term and continuing violation is not precluded by this rule, even if the violation started more than three years ago; however, long inaction by the trademark owner may affect its options to claim damages or statutory compensation for the past periods of the violation.

Disputes over final decisions of Rospatent (eg, trademark registration or refusal of registration) which were rendered after Rospatent’s internal appeal procedures should be brought to the IP Court within three months of the contested decision becoming known to the plaintiff.

Trademark non-use cancellation actions can be filed with the IP Court within a one-month window after two months from sending a proposal to the trademark owner about voluntary withdrawal or assignment of the trademark.

Nevertheless, the good faith of the infringer and discontinuation of the infringement may be taken into account by the judge when deciding on the amount of damages or statutory compensation to be collected from the respondent.

Depending on where the trademark litigation case has been initiated, the appeal process may include several different stages.

The decision of the arbitration court of appeal in a trademark litigation case may be appealed further to the IP Court, acting as the third-instance court (the cassation instance), within two months. The cassation court is even further limited in its considerations: its main competence is interpretation and implementation of the law, compliance with procedural rules and established facts of the case. New evidence cannot be presented by the parties at this stage of the litigation. The decision of the IP Court (acting as cassation court) can be appealed to the Supreme Court within two months, but the Supreme Court rarely accepts such cases for review. 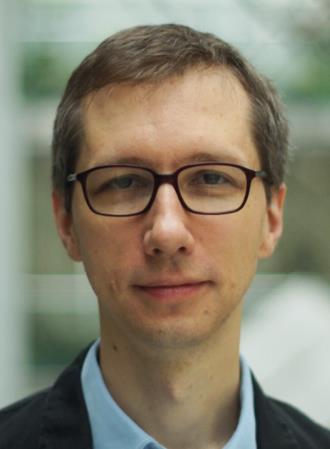 Mark Chizhenok is a partner of Ivanov, Makarov & Partners. He has practised IP law since 1999 in a wide range of areas, including trademarks, patents and industrial designs. 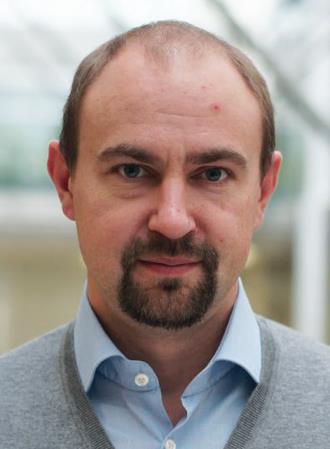 Dmitry Makarov is a partner and co-founder of Ivanov, Makarov & Partners. He started his career as a lawyer in a major Russian IP firm. In 2006 he qualified as a Russian trademark attorney.

Mr Makarov has extensive experience in the legal aspects of IP transactions and due diligence. He is a member of the Licensing Executives Society Russia.