Article 283 of the IP Law provides that civil claims covering intellectual property, including trademarks, are decided in civil procedure in accordance with the general principles of law.

Alternative dispute resolution in Poland may be in the form of mediation, conciliatory proceedings or arbitration.

Mediation is voluntary. It is conducted on the grounds of a mediation agreement between the parties or a court’s decision referring the parties to mediation.

Where mediation is conducted on the basis of an agreement, the parties may define a subject of mediation and select a mediator or indicate how to choose a mediator. Mediation can be conducted before instituting the proceedings or, with the parties’ consent, when the court case is pending (Article 183 of the Civil Procedure Code).

Where the court orders mediation, it may do so until the closing of the first hearing. The court appoints the mediator. Mediation cannot proceed, though, if the parties do not agree to it within one week of the court’s referral being announced or delivered.

Conciliatory proceedings are initiated by filing a motion to set a conciliatory hearing with the regional court that has general jurisdiction over the opposite party (Articles 184 to 186 of the Civil Procedure Code). The court conducts the proceedings, in the course of which either the parties sign the settlement agreement or inability to sign the settlement agreement is declared. Setting a conciliatory hearing interrupts the running of the limitation period.

An arbitration clause is binding (ie, once the parties have agreed to resolve any disputes through the Arbitration Court, they cannot file a complaint before a civil court with regard to the same subject matter).

An appeal against the Arbitration Court decision can be filed with the common court; however, such decision can be overturned only for formal reasons or if, according to the statutory provisions, the dispute:

Trademark disputes fall under the jurisdiction of the district courts regardless of the value of the subject of dispute (Article 17(2) of the Civil Procedure Code).

IP-related contractual claims may be brought to the court with jurisdiction over the place of performance of the agreement (Article 34 of the Civil Procedure Code).

Moreover, where the infringement is a matter of tort, the lawsuit may be brought before the court with jurisdiction where the harmful event occurred, such as where a counterfeit product was first placed onto the market (Article 35 of the Civil Procedure Code).

Before initiating the action, the plaintiff may move to secure evidence or information held by the infringer or other persons. Under Article 2861(1) of the IP Law, a court competent to examine an IP infringement case may, within three days of the date of filing with the court or seven days where the case is particularly complex, examine a motion to:

The plaintiff may also file a motion for interim injunction based on the general rules set out in Articles 730 to 757 of the Civil Procedure Code.

The court should examine the motion immediately and no later than seven calendar days after it was filed with the court. In practice, however, the courts issue their decisions within one month of the day of filing the motion. In the event that the motion is filed before instituting the court action and the court accepts the motion, a lawsuit should be filed within the timeframe set by the court in its decision granting the motion – usually within 14 days of the date on which the court decision is served. Otherwise, the security will fail.

A trademark howner may request the following remedies in civil proceedings:

Compensation: It is possible to claim compensation based on the Act on Combating Unfair Competition and the IP Law by indicating a causal connection between the actions and the damage. The damage may be material or non-material.

In view of the difficulties in estimating the value of the damage based on general legal rules, the IP Law provides for an alternative procedure to pursue a claim for compensation – namely, by paying an amount equal to a licence fee or other adequate remuneration that would be due to the trademark owner in payment of its consent to use the trademark.

Defining the extent of damage based on a fictitious licence fee involves calculating the hypothetical licence fee that the infringer would have had to pay to use the mark with the rights holder’s consent. It is generally assumed that the onus of demonstrating what licence fee would be adequate lies with the trademark owner. If the fee cannot be established, the plaintiff should request an expert’s opinion through the court to do so.

It is possible that the infringer may not have gained any profits as a result of the infringement. Even in this case, however, the rights holder may request compensation to the value of use of a protected trademark, based on the fictitious licence fees.

Proving the value of the pecuniary claims requires the presentation of the relevant documents and information showing the volume of sales and prices for the goods and services sold; this may be obtained by filing either a motion to secure the claims or a motion to secure evidence in the lawsuit (as described above). 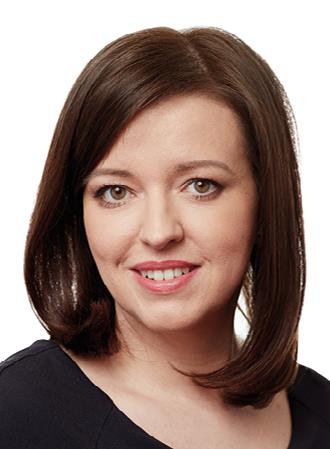 She represents clients in administrative proceedings and disputes before the Polish Patent Office, the Polish courts and the EU Intellectual Property Office (EUIPO).

She is a member of the International Trademark Association (INTA) and writes for INTA Bulletin and INTA Reporter. 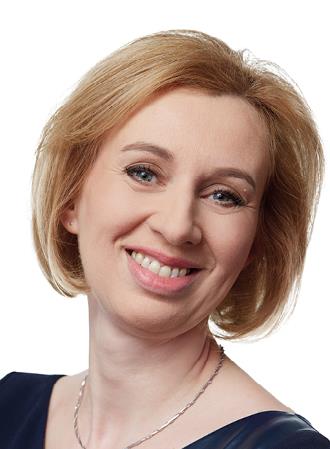 Monika Chimiak is an advocate and patent and trademark attorney at Kulikowska & Kulikowski.

She represents clients before common and administrative courts, prosecution authorities and customs offices, the Polish Patent Office, the EUIPO and EU courts. She provides legal advice, opinions and agreements regarding IP protection, competition law and copyright.

She studied law and administration at Warsaw University, completed a Cambridge University course in English and EU law and has a postgraduate degree in IP law studies from Jagiellonian University, Krakow.

She is a recommended litigator in the IAM Patent 1000.