The new EU Trademark Directive was issued on December 16 2015 and entered into force on January 15 2016. National governments have until January 2019 to implement it into national law. The German legislature has presented a draft new trademark act, but has not yet managed to implement it.

One of the main changes in the new directive is that it no longer requires graphical representation of a trademark registration. This paves the way for new forms of trademarks, such as sound marks that cannot be depicted by musical notation, and holograms. Further, the directive establishes the registration of certification trademarks, which should enable the public to distinguish between goods or services that have been certified by the proprietor of the mark (eg, in respect of material, mode of manufacture, performance of services, quality or accuracy), and those which have not been certified in this way. Finally, there may be (optional) changes regarding trademark registration and renewal fees, since the basic fee should now only refer to one class.

In addition, the EU Trademark Regulation (207/2009) directly applies in Germany. Under the regulation, EU trademarks enjoy the same protection as national German trademarks. Where the regulation does not provide specific stipulations, German material and procedural laws apply.

The proceedings for claiming infringement of a commercial designation (and the reliefs available) are the same as in the case of trademark infringement, as described below.

The Trademark Act also offers protection for titles of works. These are names or special designations of printed publications, cinematic works, musical works, stage works and other comparable works. The act further protects the right to a name, the right of personal portrayal and indications of geographical origin.

Finally, in proceedings concerning domain names, the claim is based on the right to the name of a private person or a company. While trademarks and trade signs are protected only in the course of trade, name rights also enjoy protection in the private sector. Therefore, although it is normally impossible to claim a domain name based on a trademark or trade sign, such claim may be based on a name right.

The German legal system provides no institutionalised standalone mediation or arbitration system. However, a court may stay an infringement proceeding with the consent of both parties and initiate a judicial mediation proceeding. In this circumstance, the case will be referred to an independent judge who is a qualified mediator and who will neither decide on the case nor contact the chamber that is responsible for it. In judicial mediation proceedings, the parties try to find a solution. If the case is not settled, it is referred back to the chamber for a decision.

There are 21 specialised trademark courts in Germany. A claim is possible wherever the trademark has been infringed or could likely be infringed. Some courts are more popular than others (especially Dusseldorf, Frankfurt, Hamburg and Munich).

Under Article 104 of the EU Trademark Regulation, if the court proceeding is based on an EU trademark which is subject to a cancellation request that was made before the lawsuit commenced, the suspension is mandatory unless there are special grounds for continuing.

The Trademark Act refers to the general provisions of the Civil Code, which regulates the statute of limitations. Usually, a trademark infringement claim becomes time barred after three years. This period begins with the rising of the claim and the trademark owner’s knowledge of the claim. It terminates with the end of the third year. Regardless of any knowledge of the infringement, claims are time barred after 10 years.

Section 14 and following provides the following reliefs if a trademark is infringed:

Under the EU Enforcement Directive (2004/48/EC), judicial authorities will order an infringer that has knowingly engaged in an infringing activity (or has done so with reasonable grounds to have known) to pay the rights holder damages appropriate to the actual prejudice suffered as a result of the infringement. The judicial authorities take into account all appropriate aspects, such as:

Alternatively, in appropriate cases the judicial authorities may set the damages as a lump sum, based on elements such as the royalties or fees which would have been due if the infringer had requested authorisation to use the right in question.

Preliminary injunctions are available not only to prohibit further infringing acts (eg, importing, exporting, offering, advertising and distributing), but also to seize infringing items and even to force the infringer to disclose the names and addresses on its distribution chain. Thus, it is possible to locate the producers and resellers of infringing goods through fast and effective preliminary proceedings, and to pursue the case across all distribution channels very quickly.

Final injunctions are granted in main proceedings where the plaintiff takes the full burden of proof for the infringement and the existence of its claim.

The losing party must bear the court fees and reimburse the winning party’s lawyers’ fees. In German IP cases, a lawyer’s remuneration is calculated on the basis of the Lawyers’ Remuneration Act. Negotiated fees between the lawyer and the client are possible, but there are lower limits in some cases and negotiated fees are not reimbursable.

For court proceedings there are basically fixed fees that depend on the value in dispute. There are no fixed values for IP cases, but typical values for certain cases exist:

Lawyers’ fees are calculated as follows:

There is no need to validate evidence before starting a case. Evidence may simply be collected in the form of printouts, catalogues and test purchases. In some major cases, a detective will collect evidence concerning the use of the infringing sign.

Before starting court proceedings, the submission of a warning letter is recommended but not required. Under the Lawyers’ Remuneration Act, the infringer must reimburse the rights holder’s legal costs for warning letters.

In the claim, the plaintiff must bring forward facts and evidence supporting the allegation. The defendant may submit the reply, and one or two further exchanges of correspondence may take place. In main action proceedings, the hearing is usually scheduled within six months.

The parties to court proceedings in Germany must present their arguments in written form before the hearing takes place. Evidence (in the form of documents, certificates, pictures or sample products) is usually submitted along with the writs. Even the fact that a trademark is well known or has high distinctiveness must normally be proven by documentation. Trademark owners rarely try to strengthen their claim for renown through the presentation of market surveys.

Each party must bring forward all the facts and evidence needed to support its claims and arguments. However, the trademark owner has the right, under strict conditions and in rare cases, to demand the disclosure of relevant documents which are in the possession of the infringer. These documents may be needed to prove profits or turnover in order to calculate damages.

The possibility of questioning witnesses is rarely taken advantage of. In practice, witnesses are almost only heard regarding questions of sufficient use of the infringed trademark. Both parties can ask questions within the hearing of a witness, but cross-examination does not exist in Germany.

The most important defence in trademark infringement cases is the objection that the trademark owner has not sufficiently used its mark, as provided in Section 25 of the Trademark Act. This defence may be raised in the infringement proceeding. The infringer need not start a separate invalidation proceeding.

Defendants accused of the infringement of a trademark by using a similar or identical sign can argue that:

In addition, defendants can raise the following specific arguments to counter the accusation of infringement:

New means of challenge or defence may be admitted at the appeal stage only if they:

There is no direct route to the European Court of Justice (ECJ). Rather, any German court may refer single questions as to the interpretation of laws to the ECJ; however, after the ECJ has answered, the German courts will finally decide the case. 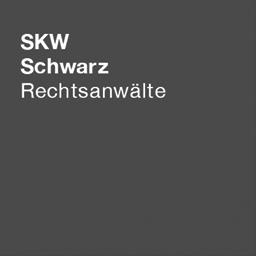 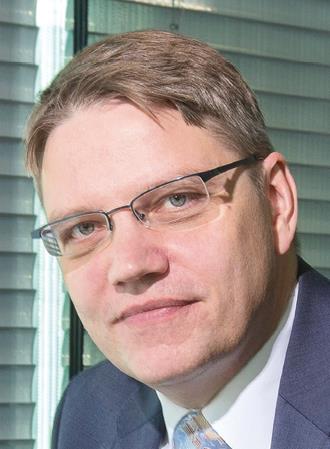 Ulrich Hildebrandt focuses on trademark law. He advises and represents companies in issues from the creation of brands to the enforcement of trademarks, and has longstanding experience in the strategic development and management of trademark portfolios. He also advises and represents companies in matters pertaining to unfair competition law and copyright law.

After graduating with a degree in music, Dr Hildebrandt studied law at the Free University of Berlin. Dr Hildebrandt is the author of the handbook Trademarks and Other Signs (Marken und andere Kennzeichen, Carl Heymanns Press, fourth edition 2017), and the compendium Trademark Law in Europe (Kluwer Law International, third edition 2016). 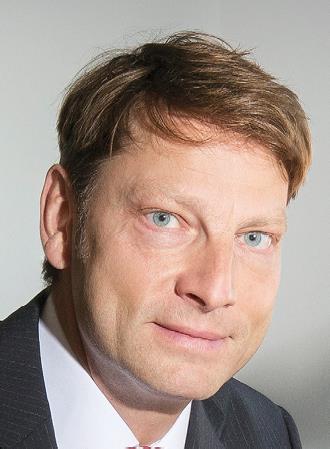 Magnus Hirsch advises German and international clients on a wide variety of matters in the areas of trademarks, designs, copyright, patents and unfair competition, including commercials, advertising gifts and discounts, advertising slogans and brochures.

His specialisation covers portfolio management and the enforcement of clients’ rights against counterfeiters, parallel importers and domain name pirates, through both court proceedings and international dispute systems. Dr Hirsch also represents clients before the German Patent and Trademark Office and the EU Intellectual Property Office.

Dr Hirsch spent several months practising at the Hong Kong office of an international law firm, where he focused on Asian IP law.