As an EU member state, Finland has implemented the EU directives relevant to trademarks, in particular the 2008 EU Trademark Directive (2008/95/EC). The EU Trademark Regulation (2015/2424) is also directly applicable in Finland.

Trademark infringement is covered by Chapter 7 of the Trademark Act. Thus, a trademark owner may take legal action against the unauthorised use of:

Finland is friendly to arbitration, especially institutional arbitration. The Arbitration Institute of the Finland Chamber of Commerce – which has had a relatively large caseload for many years – has recently gained even more popularity, including for international arbitrations.

Arbitration relating to trademark assignment and licensing questions is common. However, arbitrators and judges dealing with arbitration agreements in trademark-related disputes in Finland must be careful with possible problems regarding tribunal jurisdiction. The issue is regulated by Section 2 of the Arbitration Act (967/1992), as amended, according to which any dispute in a civil or commercial matter which can be settled by agreement between the parties may be referred to one or more arbitrators for a final decision. Although the limits of an arbitral tribunal’s jurisdiction in trademark-related matters are unclear, it will definitely not include questions regarding registration and validity, where the public interest is strong.

Several private organisations offer mediation services, most notably the Finnish Bar Association and the Arbitration Institute of the Finland Chamber of Commerce. Further, Finnish courts are mandated to persuade parties to settle their disputes, and one of the methods at their disposal is court mediation. Court mediation is completely voluntary and can also be initiated by application if the matter is not pending in a court. The possibility of having a judge as a mediator and a settlement that is confirmed by the court as an enforceable decision has proven attractive in some disputes, although it has not been so popular for trademark and other IP-related matters.

The Market Court is a special court that hears market law, competition law, public procurement and civil IP rights cases in Finland. Under the Trademark Act, it has exclusive jurisdiction in all civil matters in the field of trademark law, including EU trademark cases.

When hearing trademark matters, the Market Court is composed of three members. Normally this means three professional judges. A composition may also include an expert member, although these may never form a majority in a composition. Expert members come from both business and academic backgrounds and usually provide the Market Court with legal, technical or even artistic expertise. The decision will be made by a professional judge after consulting the parties. A jury trial is not possible.

Litigation of trademark cases starts with a written stage, which normally consists of the claimant’s application for a summons or complaint and the defendant’s answer. Additional statements are issued if requested by the court. The process after this depends on the type of application and the necessity of witness or expert testimonies.

The purpose of written preparation and the preparatory hearing is to determine the relevant facts and procedural aspects of the case. These include:

The conclusion of this preparation is a written summary of the matter, prepared by the court, which the parties may comment on.

In complaint matters (ie, appeals against decisions of the Finnish Patent and Registration Office in registration and opposition proceedings), and in cases which do not require witnesses or experts to be heard, the process will most likely proceed no further than the written preparation stage. In these cases, the court will make its decision after the written statements.

However, if the matter includes an application for summons and witnesses or experts are required, the matter usually continues to an oral hearing.

Oral hearings at the Market Court do not differ from other hearings in Finnish administrative or civil courts. Although the exact course of events may be determined by the judges and the parties, the main hearing usually includes:

With certain exceptions, the Market Court must give a decision within 30 days of the conclusion of the main hearing.

In addition to the standard hearings in Finnish legal processes (ie, the above preparatory hearing and main hearing), the Market Court procedure can include a so-called ‘process hearing’. This hearing is usually held in an early stage of the process, in order to discuss possible procedural questions (eg, the consolidation or separation of claims, document production or the necessity of a statement from the Finnish Patent and Registration Office). After the process hearing, the case will continue either to written preparation or the preparatory hearing.

Due to the Market Court’s exclusive jurisdiction in civil trademark-related matters, forum shopping is limited to the choice between court litigation or arbitration.

The legal consequences of trademark infringement include:

Trademark infringement may also be a cause for injunctive relief. However, injunctions in trademark infringement cases are much less frequent than in other IP-related cases (eg, patent cases). Nonetheless, the process is the same. A claimant may seek a preliminary injunction for the duration of the main proceedings in accordance with Chapter 7.3 of the Code of Judicial Procedure (4/1734), as amended. Injunctions may be sought at any stage of the proceedings, although they are typically sought before or simultaneously with the initiation of the main proceedings.

Damages in trademark infringement cases normally consist of lost profits or unnecessary marketing expenses. In principal, the aggrieved party should have to prove the amount of damages sought, although in practice the courts have often estimated the amount of damages. In some cases, the profits gained by the infringer may be used to give some indication of the amount of damages caused. However, this calculation cannot be made using profits alone.

The general rule in civil cases is that the losing party may be ordered to compensate all reasonable legal costs incurred by the winning party.

Before filing an action in the Market Court, a claimant may apply for an order securing evidence. The application should explain the claimant’s earlier rights and the material facts to be determined by the court, usually in the absence of the counterparty. After this possible pre-trial order, the claimant should set out the grounds for the claim in its application for summons, together with all evidence supporting the arguments.

Any form of evidence may be used. However, the Finnish system does not recognise affidavits. These, as well as other detailed written statements prepared for pending or early-stage court proceedings, may not generally be used as evidence. The Market Court has also further discretion to reject evidence if it considers the evidence irrelevant, excessive or otherwise unnecessary. However, this discretion is rarely used.

Trademark cases are mostly based on written evidence. There is the possibility for discovery in Finland. However, document production is common and may be used to gain even more documentation. Through a document production request, the court may order a specific document, set of documents or object to be brought before the court, provided that the document or object could have evidentiary value. The party requesting the production of documents must prove that the other party is in possession of the documents and that they are relevant to the case.

Surveys are admissible and generally used as evidence. The Market Court must thoroughly and objectively consider the evidentiary value of any submitted evidence. Regarding surveys, this usually means evaluating the quality with which they have been conducted. This quality may be evaluated based on the impartiality and credibility of the author of the survey, as well as the sample size.

Expert witnesses and statements can be used to explain evidence requiring specialist knowledge, and may be called by either the court or a party to the proceedings. These experts must be known to be honest, impartial and competent in their field.

The defences available in trademark disputes in Finland are, for the most part, based on the mandatory provisions of the EU Trademark Directive. However, a degree of discretion was left to member states regarding the possible grounds for revocation of a trademark, among other things.

There are certain exceptions to a trademark owner’s exclusive right, all of which can successfully be used as defence in trademark disputes. Provided that the use is in accordance with honest practices, a trademark owner may not prohibit another party from using:

A counterclaim for revocation may also be used as a defence. Such claims may be based on:

The application of the principles of passivity and acquiescence may lead to the existence of two confusingly similar trademarks. In such cases the court may order that one or both of the trademarks may be used only in connection with a certain distinction (eg, place name).

In administrative matters (eg, applications for trademark registration), the Finnish Patent and Registration Office is considered to be the first-instance forum and its decision may be appealed to the Market Court in the second instance.

The process before the Supreme Court is traditionally based purely on written evidence. Further, new evidence, witnesses and experts will be deemed inadmissible unless it is established as probable that the party could not have submitted the evidence or appointed the witness or expert earlier, or that the party had due cause not to do so. 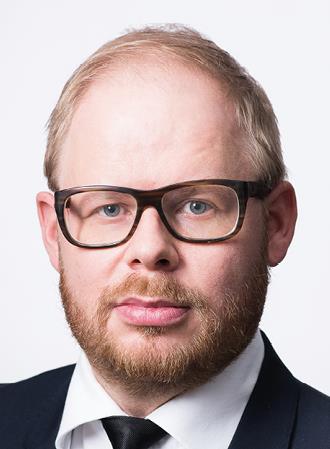 Timo Skurnik is a partner in Nordia Law, heading Nordia’s IP department in Helsinki. He specialises in IP rights and data protection and has in-depth experience and knowledge in legal issues related to technology, media, gaming and software. Mr Skurnik graduated from Helsinki University and has been certified as an information privacy professional by the International Association of Privacy Professionals. He assists Finnish and foreign clients in various areas of business law. 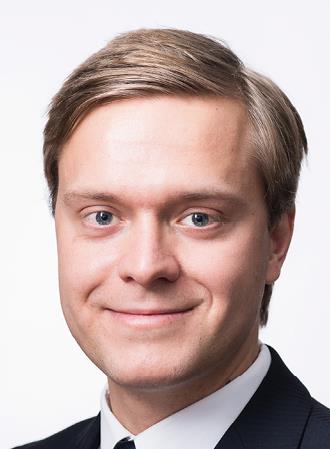 Perttu Kaikkonen specialises in dispute resolution, especially international commercial arbitration. He also has in-depth knowledge of company law and real estate and construction law, as well as significant experience in transactions and drafting various types of commercial contracts. Mr Kaikkonen graduated from Helsinki University and has worked in another law firm focused on business law and litigation. He recently completed an LLM in international dispute resolution at the Humboldt University in Berlin.