According to the Trademark Law, the State Administration for Industry and Commerce (SAIC) administers trademark-related matters. The Trademark Office (TMO) under the SAIC is responsible for trademark registrations, oppositions and administration. The Trademark Review and Adjudication Board (TRAB) deals with trademark invalidations and a variety of appeals of TMO decisions.

In addition, the Supreme People’s Court has issued judicial interpretations regarding various issues in trademark-related administrative and civil litigation, including jurisdiction, the application of laws, conflicts of rights, preliminary injunctions and evidence preservation.

Aside from the laws and regulations that solely and specifically address trademark issues, certain other laws, such as the Criminal Law, contain provisions pertinent to trademark matters.

According to the Interpretations of the Supreme People’s Court on Issues Relating to Jurisdiction and Application of Laws for Trademark Cases following Implementation of the Revised Trademark Law (2014), a court will hear the following types of trademark-related administrative or civil case:

According to the Criminal Law, a court will hear cases involving the following trademark-related criminal acts:

Trademark disputes can be resolved through mediation in China, although it usually happens in the context of civil litigation. Privately facilitated mediation is uncommon, if not unheard of. The Civil Procedure Law provides that a court shall carry out mediation if both parties to the dispute are willing to attend the procedure. The parties may reach a settlement agreement containing terms such as an acknowledgement of infringement, payment of damages and a public apology. As a result of the settlement, the plaintiff will usually withdraw the complaint. Alternatively, the court may issue a verdict on the parties’ settlement and close the case.

Arbitration, too, serves as a way to resolve civil trademark disputes. However, this is only feasible if both parties agree to submit the dispute to arbitration, either before or after the dispute arises. Infringement cases are rarely settled through arbitration, since the parties rarely have an agreement to arbitrate before disputes arise and rarely agree to do so after they have arisen.

Mediation and arbitration are generally not employed in trademark administrative and criminal litigation cases, except when a civil claim such as for damage compensation is raised by a party in a combined criminal-civil proceeding and the parties choose to settle the claim through the court’s mediation procedure (as in the above civil proceeding).

District and county courts are at the lowest level in the court system in China. They do not hear trademark cases unless designated by the Supreme People’s Court.

In addition, three IP courts have been established, located in Beijing, Shanghai and Guangzhou respectively. The IP courts are ranked at the intermediate level and are responsible for hearing civil and administrative lawsuits involving patents, new varieties of plants, integrated circuit layout design, technical secrets and computer software. Regarding trademark-related cases, IP courts deal only with administrative lawsuits against state council departments or the people’s government at county level or above for administrative acts which involve trademarks, as well as civil lawsuits involving recognition of well-known trademarks.

Appeals against TRAB decisions in trademark disputes can be accepted only by the Beijing IP Court in the first instance; this judgment is subject to appeal before the Beijing High People’s Court.

The Supreme People’s Court has set up several IP case tribunals within established intermediate people’s courts in certain big cities (eg, Chengdu, Wuhan, Suzhou and Nanjing). These tribunals usually hear trademark cases within their jurisdiction in which the claimed damages have reached a certain amount (eg, Rmb500,000 in Chengdu and Rmb3 million in Nanjing and Suzhou).

According to Article 6 of the Interpretation of the Supreme People’s Court regarding the Application of Laws in the Trial of Civil Trademark Cases (2002), a civil action instituted on the ground that the exclusive right to use a registered trademark has been infringed shall be subject to the jurisdiction of the people’s court where:

Based on the types of infringing activity which are provided for by the Trademark Law, the Implementing Regulations of the Trademark Law and the judicial interpretations, a trademark owner may file an infringement case with the court where:

As a trademark owner has many choices for forum shopping, it is general practice for the plaintiff to avoid filing a lawsuit with the court where any of the defendants are domiciled, especially when the defendant operates a large-scale business and contributes significantly to the local economy.

In China, trademark litigation cases are usually heard by a collegiate bench consisting of three (most frequently) or five members. In the first instance, the collegiate bench may comprise judges only, or judges together with one or two people’s jurors. According to the relevant law, if people’s jurors are present, their number shall make up no less than one-third of the total number of the members of the bench. The court hearing should be presided over by a judge rather than a people’s juror. A collegiate bench which hears an appeal case may not include people’s jurors.

The following remedies are available in trademark infringement actions:

According to the Trademark Law, the amount of damages in a trademark infringement case can be determined:

Further, if the infringement is committed in bad faith and with serious circumstances, the amount of damages shall be up to three times the amount determined using one of the above methods.

Where it is difficult to determine the amount of damages through one of the three ways described above, a people’s court may award damages of no more than Rmb3 million, based on the circumstances of the infringement, including:

In granting an interim injunction, the court will consider:

An investigation is necessary to obtain basic information before initiating a lawsuit against a trademark infringer. Publicly available information (eg, basic information about infringing companies and their products, advertisements and sales activities) can be obtained through internet searches.

It is also general practice for a trademark owner to engage a professional investigator, especially for onsite investigations. Further and detailed information and materials may be obtained from the investigation, including:

When carrying out an investigation, relevant evidence (eg, infringing goods, websites and transaction documents) must be preserved through notarisation. According to the Notarisation Law: “A notarised civil legal act, fact and document of legal significance shall be taken as the basis for establishing a fact, except where there is contrary evidence which is strong enough to reverse the notarisation.”

Survey evidence is not required by the law or court practice in trademark infringement cases. Whether to carry out a survey is solely at the discretion of the parties. Surveys are not frequently accepted by courts, since survey results usually depend on many factors and it is difficult to determine whether they are objective and correct. However, the Supreme People’s Court has accepted a survey report as evidence in a retrial case.

Although Chinese law does not contain the concept of an ‘expert witness’, in practice expert witnesses can participate in trademark infringement cases. The opinion of an expert witness is not admissible as evidence; it can serve only as a point of reference for the judges determining the case.

When facing an accusation of trademark infringement, defences can be based on many grounds, including the following: 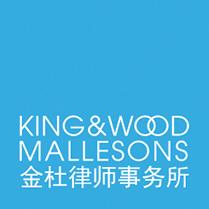 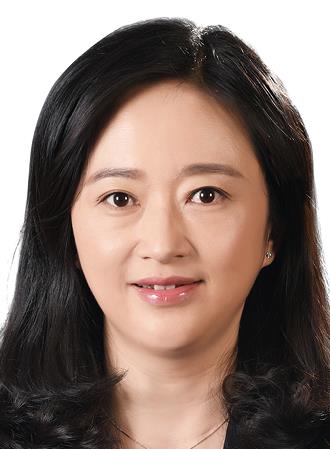 Hongbin Jiao is a partner in the King & Wood Mallesons (KWM) Beijing office and specialises in IP litigation. Ms Jiao has 15 years’ rich experience in this practice area and has handled IP-related disputes for many well-known domestic and international enterprises. She represents clients in IP litigation cases in China, including those involving trademarks, copyright (including software), domain names, patents and anti-unfair competition (including trade secrets). 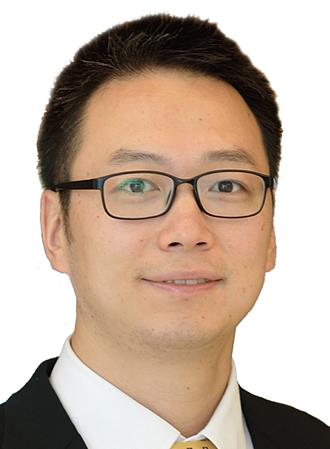 Fang He specialises in IP litigation. He is a senior IP litigator and co-leads the IP litigation group in the KWM Shanghai office. Mr He has a solid theoretical foundation and rich practical experience in the field of intellectual property. He has substantial China litigation and enforcement experience, as well as significant advocacy experience in the Chinese courts. He is particularly strong in the areas of trademarks, trade dress and copyright, having successfully advocated for a number of clients in several high-profile and award-winning cases (including a series of Top IP Cases in China, as judged by the Supreme People’s Court). Among these, Mr He acted for Shanghai M&G Stationery Inc in winning an industrial design infringement dispute.