In Albania, trademarks are mainly regulated by the following legislation:

The Law on Industrial Property, being the main applicable law, has been subject to various amendments. The most recent amendments took place in 2017, with the aim of further alignment with EU law, including:

Specific to trademarks, the Council of Ministers has adopted the Decision on the Approval of the Regulation for the Registration of Trademarks and of Service (1706/2008), as amended.

Trademark litigation can be of an administrative, civil or criminal nature. Specifically, it can take the form of:

During the period in which trademark applications are published in the IPD Bulletin, interested parties may challenge the registration of a trademark on the basis of the relative grounds for refusal (ie, earlier rights) before the Chamber of Oppositions. The Chamber of Oppositions decision may then be challenged before the Board of Appeal within one month from its date of notice. The Board of Appeal decision may be challenged before the competent court within 45 days.

Violation of IP rights may be challenged before the civil courts, unless the violation is considered a criminal contravention under the Criminal Code.

Interested parties may seek the invalidation or revocation of trademarks. Invalidation may be claimed based on absolute grounds of refusal (eg, if the mark is non-distinctive or descriptive), relative grounds for refusal (ie, violation of earlier rights) or on the basis of the application being made in bad faith.

Revocation can be claimed against a trademark that:

Until the amendments introduced in 2017, invalidation and revocation of trademarks could be claimed only before the court. Presently however, the Law on Industrial Property provides that both the invalidation and revocation can be claimed before the Invalidation/Revocation Chamber of the IPD, unless there is an ongoing proceeding before the court for the same matter. So far, these amendments have not been tested in practice; therefore, it is yet to be seen how the new chamber will exercise its powers.

The situation regarding arbitration in Albania remains unclear, since the latest changes to the Civil Procedure Code repealed the chapter on arbitration and no arbitration law has been enacted so far. However, the New York Convention on the Recognition and Enforcement of Foreign Arbitral Awards and European Convention on International Commercial Arbitration are applicable in Albania.

Mediation is also applicable in resolving all civil, commercial and family law disputes, as well as cases in which it is requested and accepted by the parties, before or after the dispute has arisen.

According to the Mediation Law (10385/2011), as amended, settlement agreements reached through mediation are binding for the parties and enforceable in the same manner as arbitration awards.

The law does not provide for any penalties against parties that refuse to mediate. The parties can freely decide to solve a dispute through mediation.

Arbitration can also be sought where rights in trademarks are infringed by registration or use of a domain name, pursuant to the Decision of the Board of Directors of Albanian Electronic and Mail Communications (437/2008), which regulates registration and administration of the domain name ‘.al’ and the sub-domains thereunder.

The district courts are organised into specialised sections for the allocation of particular cases according to the subject of the claim, including sections for civil disputes, family law disputes and commercial disputes.

Trademark litigation between private parties is generally handled by the commercial disputes section of the Tirana District Court, but the issue of competent courts remains debatable. Albania lacks specialised IP courts and the present system provides the different courts with jurisdiction over IP disputes with unclear and sometimes overlapping criteria as the basis for determining jurisdiction. This creates confusion as to the correct forum, as well as inconsistencies in the practices of different courts in relation to the same or similar IP matters. In many disputes brought before the courts, this confusion has lengthened the court’s proceedings extensively, adversely affecting the positions of the parties.

Forum shopping usually turns out to be problematic in practice, taking into consideration the pitfalls explained above regarding the uncertainty of the current legal framework.

Jury trials are not applicable in Albania. All trials are bench trials and the court is composed of a single judge or a panel of judges (depending on the dispute).

The court may issue a preliminary injunction to:

When deciding the level of compensation, the court takes into consideration:

Depending on the case, the court can also decide for the immediate compensation of damages based on the profits that would be collected or gained if the infringer had asked for authorisation to use the concerned trademark.

Pursuant to the Criminal Code, the intentional manufacturing, possession for commercial purposes, selling, offering to sell, supplying, exporting or importing of goods or services covered by a trademark without the consent of the trademark owner constitutes criminal contravention. It is punishable with a fine or up to one year’s imprisonment.

The costs of civil proceedings are attached to the losing party.

With the final decision, the court can order:

Regarding counterfeits, the removal of the attached trademark per se is not sufficient, except in specific cases to allow the trading of these goods.

The trademark owner may initiate private investigations before filing a claim with the relevant authorities, and use the investigation in support of the claim. Ex officio investigations directed by public authorities such as the Market Inspectorate are also applicable, although they have not yet been operative in practice.

Consumer surveys can be carried out either by the parties outside the proceedings or independently by a court-appointed expert.

Survey evidence can be used by a claimant in trademark litigation to prove a likelihood of confusion between its trademark and the defendant’s. Such surveys are produced ex parte and are subject to the court proceeding and debate by the parties, with consideration of the fact that they are often unilaterally produced (ie, in the case of ex parte surveys) and hence may be based on misleading questions or manipulated information.

Given that the level of renown of a trademark is theoretically objective, a benchmark percentage based on survey evidence seems to provide an easy indication of such renown. Hence, surveys are becoming very popular in practice.

However, there are no established criteria for the acceptance of such evidence. In this regard, there are issues to be considered that are caused by the potential inaccuracies and biases of survey evidence. It should also be borne in mind that the information is usually collected in preparation for a foreseeable litigation.

Besides evidence based on documents and the testimony of witnesses, when the case involves issues for which expert advice is required, it may resort to a court-appointed expert.

A court-appointed expert is considered to be an auxiliary of the court, whose main purpose is to offer the court the technical knowledge that it might not have. The court is not bound by the opinion of a technical expert, and in fact it can ignore it, if it has a justifiable reason to do so.

Recent changes to the Law on Industrial Property introduced the concept of the ‘IP expert’ and the criteria to become one. Although the law is not clear in this regard, theoretically IP experts (who apparently are not authorised trademark agents) are supposed to prepare examination reports on specific cases as requested by either the court or the prosecutor and appear before the court in hearing sessions to give their results on eventual infringement. So far, the case law in this regard has been very weak.

In a civil law dispute, the defendant must demonstrate that its trademark does not fall under the so-called relative grounds for refusal. In practice, this means demonstrating that there is no likelihood of confusion between the trademarks in question.

It is also common practice for the defendant to file counterclaims seeking revocation or invalidation of a trademark (as explained above).

In practice, the legal examination process tends to be long. Recent changes to the Civil Procedure Code have imposed deadlines on the examination of court cases. It is expected that with the introduction of such changes, the court examination process will become shorter and more effective than in previous years.

Regardless, the judicial system in Albania remains challenging for trademark cases. 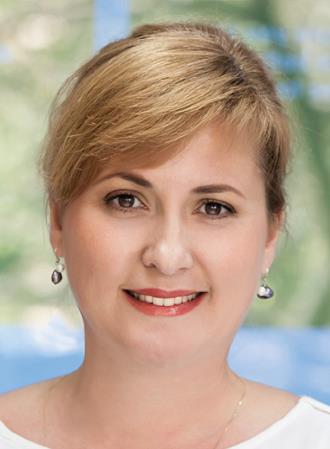 Renata Leka is a partner at Boga & Associates, which she joined in 1998. She is a trademark agent with impressive experience in trademark filing strategy, clearance, portfolio management and trademark prosecution, including proceedings before Albanian courts and the Patent and Trademark Office. She manages anti-piracy and anti-counterfeiting programmes targeting copyright violation in Albania and assists international clients in all aspects of IP rights. She heads the IP Rights Committee of the American Chamber of Commerce in Albania.

Ms Leka has been recognised as a Leading Individual in intellectual property in Chambers Europe: Europe’s Leading Lawyers for Business (2010 to 2013, 2016 and 2017). She continues to be highly active assisting a number of international corporations with trademark protection. 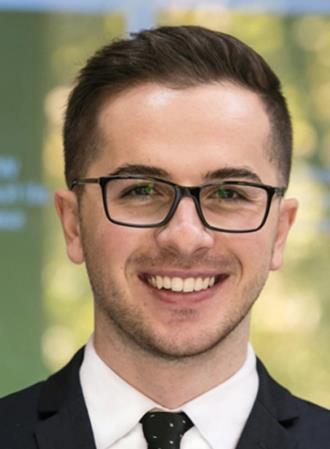 Armando Bode is an associate at Boga & Associates, which he joined in 2015.

He assists clients in various aspects of business law, working in projects related to energy, concessions and banking. Mr Bode is also an authorised trademark attorney and has provided his assistance in competition and IP law assignments for some of the most well-known brands operating in telecommunications, fashion and food.

Mr Bode graduated in law in 2014 and obtained a master of science in public law from the University of Tirana in 2016.

He speaks fluent English and Italian.