The United Kingdom has highly developed court systems, but parties are expected to make reasonable efforts to settle a dispute without the need for litigation. A party that acts unreasonably may be penalised by way of a costs order when the case reaches trial.

The UK Trademarks Act 1994 (as amended) implements the EU Trademarks Directive (89/104/EEC) (now codified in Directive 2008/95/EC) to approximate the laws of the EU member states. There are nevertheless many important UK-specific matters to take into account when litigating in the United Kingdom, including:

The United Kingdom has highly developed court systems, but parties are expected to make reasonable efforts to settle a dispute without the need for litigation. A party that acts unreasonably may be penalised by way of a costs order when the case reaches trial. In most cases, therefore, a trademark owner will send a cease and desist letter to an infringer as a first step. This is with a view to obtaining suitable undertakings from the infringer.

Under Section 10 of the Trademarks Act, a sign will infringe a registered trademark in the United Kingdom if it is used without the consent of the proprietor and is:

There is no law of unfair competition or unregistered trademarks per se in the United Kingdom. However, unregistered marks are protected indirectly by the common law tort of passing off, which is aimed at preventing misrepresentations by one trader which lead to deception and damage the goodwill of another. A successful claimant in a passing-off action must prove goodwill, misrepresentation and damage:

Passing off is an entirely independent cause of action, but is often run in parallel with a registered trademark infringement claim where the facts permit. Establishing passing off is generally relatively expensive because of the evidential burden (in particular, proving the existence of goodwill); but in some circumstances a claim in passing off will be the better (and perhaps only) cause of action available to the claimant.

The United Kingdom’s special law on unjustified threats is a trap for the unwary. It should always be a consideration and may influence tactics in any given matter. The government is in the process of changing the law on threats and the Intellectual Property (Unjustified Threats) Bill was published in May 2016. Once enacted, this will provide more protection to lawyers and attorneys acting on behalf of clients, and ensure that merely asking questions or stating the existence of rights does not constitute a threat.

The threats provisions are specific to the United Kingdom and are not derived from the Trademarks Directive. Essentially, as the law stands at the time of writing, the recipient of a threatening letter may bring proceedings for unjustified threats against the sender and may seek the following from the court:

The unjustified threats provisions were designed to dissuade trademark owners from making threats to secondary infringers (eg, retailers), but their drafting means that a demand letter sent to the source of infringing goods may constitute an unjustified threat to that source.

The Civil Procedure Rules on pre-action conduct emphasise that litigation should be viewed as a last resort and parties should consider whether some form of alternative dispute resolution might enable them to settle the matter without proceedings. Therefore, while mediation is not compulsory, the court can require evidence that it was considered. A failure to mediate can result in severe adverse costs orders being made, particularly against a party that unreasonably refuses to mediate.

The most common type of mediation in the United Kingdom is facilitative mediation, where the mediator does not decide the case on its merits, but works with both parties to broker an agreement. An alternative is evaluative mediation, in which the mediator is asked to evaluate a claim and give the parties a view on the strengths and weaknesses of each side’s case.

Failure to mediate is particularly frowned upon in High Court cases. There is not the same pressure to mediate in the IPEC as there is in the High Court, although the costs caps that operate there provide an incentive to do so to avoid incurring irrecoverable costs.

Unless a contract exists between the parties that contains an enforceable arbitration clause, there is no requirement for parties in trademark litigation to engage in arbitration.

Claims for trademark infringement can be made to the High Court, the IPEC and the county courts at Birmingham, Bristol, Cardiff, Leeds, Liverpool, Manchester and Newcastle.

Judges deciding trademark cases are typically IP specialists. The IPEC is designed to handle shorter, less complex and lower-value actions. This is with a view to providing cheaper and speedier procedures so that the cost of litigation does not deter small and medium-sized enterprises from protecting their rights. In order to be suitable for hearing in the IPEC, a claim must have a value of no more than £500,000. Longer, more complex and more valuable actions should still be conducted in mainstream High Court proceedings. However, recent experience of practitioners suggests that any claim with a value of less than £500,000 is being automatically transferred to the IPEC regardless of other factors (eg, complexity). The costs that the court will award to the successful party are capped for each stage of the claim. For example, the maximum amount that will be awarded in respect of drafting the particulars of claim is £7,000; in respect of preparing for and attending trial and judgment, the cap is £16,000.

A small claims track is available in the IPEC for straightforward claims with a limit of £10,000 on the value of the claim. The procedure provides for final injunctions, but not interim injunctions. Most claims on this track are resolved without the need for a hearing, either through mediation or on paper. Costs recovery in the small claims track is very limited.

If successful, the rights holder may obtain an order for:

An award of damages is a remedy of right and will be awarded to compensate the claimant for its loss arising out of the infringement. By contrast, an account of profits is a discretionary equitable remedy allowing a claimant to recover the profit received by the defendant as a result of its use of the claimant’s trademark, without the claimant having to prove loss.

A successful claimant in a trademark infringement claim is entitled to either an account of profits or damages. The claimant is not entitled to both; it must elect between them. In order for profit to be recoverable under an account of profits, that profit must have resulted from the infringement. The recent case of Jack Wills v House of Fraser [2016] EWHC (Ch) has, for the first time, also allowed a trademark infringer to apportion its profits to reflect general overheads incurred in selling infringing products that displaced the sale of non-infringing products.

An interim injunction is a discretionary remedy. To obtain one, the applicant must show that it would suffer irreparable harm if an injunction were not granted until the end of a full trial. In particularly urgent matters, or if the trademark owner is concerned that the infringer may dispose of the infringing goods, it may be necessary to make the application without notice to the infringer and without first sending a cease and desist letter. For reasons of both substance and presentation, the rights holder must act quickly to obtain an interim injunction.

The UK courts are generally reluctant to admit survey evidence in trademark infringement proceedings. Permission to adduce evidence from a survey must be obtained from the court. The requirements to be satisfied for a survey to have probative value were summarised in Interflora Inc v Marks & Spencer plc [2012] EWCA Civ 1501 as follows:

The effect of these stringent requirements is that it is very difficult to design a survey that will be accepted by a court. In light of the considerable costs of undertaking a survey, parties should obtain the court’s approval of the questions and methodology before a proposed survey is carried out.

The admissibility of expert evidence in trademark litigation depends on the purpose of adducing the evidence and the nature of the business in question. Evidence that goes to the manner in which a business operates (eg, the way in which goods or services are sold or provided) is admissible, particularly in specialist fields. However, a court is unlikely to admit expert evidence on the issue of whether a likelihood of confusion exists or whether a sign takes unfair advantage of, or is detrimental to, an earlier mark.

Section 10(6) of the Trademarks Act states that a person shall not be prevented from using a registered trademark for the purpose of identifying goods or services as those of the proprietor or a licensee, provided that any such use is in accordance with honest practices in industrial or commercial matters and does not without due cause take unfair advantage of, or cause detriment to, the distinctive character or repute of the trademark.

The specific trademark defences to trademark infringement are in Section 11 of the act and apply only where the use of a sign is in accordance with honest practices in industrial or commercial matters. They are as follows:

Decisions of the IPEC or the High Court may be appealed to the Court of Appeal and then to the Supreme Court. A party must always obtain permission to appeal a decision.

Permission to appeal to the Court of Appeal will be granted only where the appeal has a real prospect of success or where there is some other compelling reason why the appeal should be heard. An appeal to the Court of Appeal will either succeed where the decision of the lower court was wrong – in that it contained an error of law, an error of fact or an error in the exercise of the court’s discretion – or where the lower court’s decision was unjust because of a serious procedural or other irregularity. 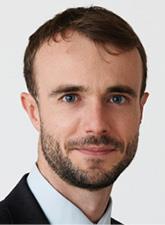 David Parrish joined Nabarro in 2008 and became a partner in 2014. Mr Parrish has broad experience of advising clients in relation to brand protection matters. His practice covers a range of work, including general trademark infringement matters, anti-counterfeiting, parallel imports and domain names.

Mr Parrish has particular expertise advising clients operating in the technology and fashion sectors, and has acted for such clients in High Court litigation. He has also acted for the complainant in a number of domain name disputes, under both the United Kingdom’s Nominet Dispute Resolution Service Policy and the Uniform Domain Name Dispute Resolution Policy of the Internet Corporation for Assigned Names and Numbers. 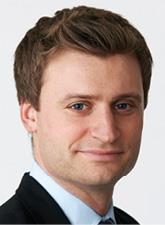 Oscar Webb completed his legal training at Nabarro and qualified as an associate in the IP team in 2011.