The following statutes also govern some aspects of trademarks:

Rights conferred: The right to the exclusive use of a trademark is obtained by its registration.

Protected use of a trademark also includes:

Limitations to trademark protection: The right conferred through trademark registration on the proprietor does not prevent third parties from using in trade:

Unregistered signs: Unregistered signs deemed to have acquired, through their use, distinctive power in relation to the relevant goods or services may constitute relative grounds (as prior signs) for refusal of the registration of a trademark and are protected under the unfair competition provisions of Law 146/1914 (Articles 13 to 15).

The rights holder is entitled to prevent all third parties from using in trade without its permission any later sign that:

The rights holder can also prohibit trademark infringement resulting from:

Trademark owners can also seek to protect their signs through administrative proceedings.

Examination: If an examiner of the Greek Trademarks Office rejects totally or partially a trademark application on absolute and/or relative grounds, the examiner’s decision is subject to recourse before the Administrative Committee for Trademarks within 60 days (90 days for applicants residing abroad) of the date of notification to the applicant.

Opposition: Any person or entity with a legitimate interest may file an opposition based on the existence of absolute grounds for refusal of the trademark (eg, absence of distinctive character, descriptive trademark, commonly used trademark) within three months of publication of the examiner’s decision accepting a trademark application.

If the prior mark has been registered for more than five years, the opposing party may request proof of its use.

Claiming the reputation of a prior mark entails the obligation to prove such reputation.

Appeals: Decisions of the Administrative Committee for Trademarks are subject to recourse before the First-Instance Administrative Court within 60 days (90 days for applicants residing abroad) of notification of the decision to the party entitled to such recourse.

Appeals in cassation may be filed before the Council of State within 60 days of notification of the decision to the party entitled to such appeal. Such appeals may be based only on grounds regarding legal issues of the Second-Instance Administrative Court decision and not on the merits of the case.

Greek law allows for the use of the following processes that help parties to resolve their disputes without a trial.

Specifically, when a private law dispute that qualifies for settlement by means of a compromise is the subject of pending litigation, litigants may, until a final court decision is reached, attempt to reconcile through negotiation, regardless of the standing stage of the trial, with or without the engagement of a third party (conciliator) and without any judicial interference.

Judicial conciliation: Alternatively, litigants may, by virtue of Article 293 of the Code of Civil Procedure, appear before the court at any stage of the trial until a final decision is reached and declare that they have reconciled. This declaration is recorded in the court minutes, which constitute either an enforceable title or simply evidence of entitlement. Such declaration may also be made before a notary public. In both cases, court proceedings are terminated.

The mediation procedure constitutes mainly a consensual and voluntary process. There is no mandatory recourse to mediation under Greek law.

Mediation may be ordered by a (non-Greek) EU court in cross-border disputes (Article 3(1)(c) of the Mediation Law).

Out-of-court mediation: The scope of the Mediation Law covers all private law disputes that may be lawfully brought before Greek civil courts, as well as all civil and commercial cases in cross-border disputes within the European Union – except for rights and obligations on which the parties are not free to decide themselves under the relevant applicable law.

Judicial mediation: Article 214B of the Code of Civil Procedure provides for a judicial mediation procedure for private law disputes that may be lawfully brought before Greek civil courts.

Such mediation is a court-connected process conducted by presidents or senior judges of courts of first instance and courts of appeal, appointed as full-time or part-time mediators.

According to Article 867 of the Code of Civil Procedure, private law disputes can be submitted to arbitration upon agreement of the parties if the parties have power of disposal of the subject of the dispute. Such power is not provided with regard to trademark rights throughout the administrative proceedings phase. However, arbitration can be agreed between the parties in case of disputes arising out of trademark licensing agreements.

Online dispute resolution can be an efficient method (time and cost-wise) for dispute resolution, including for trademark infringement disputes. Most notably, the Uniform Domain Name Dispute Resolution Policy of the Internet Corporation for Assigned Names and Numbers allows trademark owners to fight cybersquatting – that is, to resolve disputes between trademark owners and those who have registered a domain name in bad faith or are taking advantage of the reputation of a trademark.

The civil court system in Greece is made up of courts of first instance, courts of appeal and the Supreme Court of Cassation (Areios Pagos). Civil law disputes regarding national trademarks are brought before the civil single-member first-instance court at the place where the defendant resides, or before the civil multi-member first-instance court if the action includes other bases, such as unfair competition claims. Disputes arising from the infringement of EU trademarks fall under the exclusive competence of a special department within the Courts of Athens and Thessaloniki.

In specific circumstances, legal protection of EU trademarks can offer forum shopping opportunities. Article 97(5) of EU Regulation 207/2009 sets out the requirements for international jurisdiction. It provides, among other things, that infringement actions may be brought before the courts of the member state in which the act of infringement has been committed or threatened.

Trademark disputes are heard in bench trials; there are no jury trials in Greece.

The first remedy available is the filing of an ‘ordinary’ civil lawsuit. The civil action commences with the filing of the lawsuit with the competent first-instance court. The suit must include the grounds for the action and a clear statement of the relief sought.

An ordinary lawsuit may include claims for:

According to the Code of Civil Procedure, after the ordinary lawsuit has been filed, the parties must submit their pleadings and evidentiary material in support of their arguments within 100 days (130 days for parties residing abroad). The plaintiff must serve the lawsuit on the defendant within 30 days (60 days if the defendant resides abroad or if the defendant’s address is unknown). Mutual replies to the parties’ arguments are filed within 15 days of the expiry of the aforesaid 100/130-day deadline. The file is considered complete upon filing of the parties’ pleadings and replies thereto.

The hearing date must be scheduled within 45 days of the date of completion of the file. The court will issue its decision within approximately four to six months of the hearing. Oral presentation of the case and examination of witnesses before the court are not provided for at this stage. Following a review of the case and examination of the evidentiary material, the court may decide to examine witnesses, in which case an order will be issued for the repetition of the hearing. Following the witnesses’ examination, the hearing is concluded and the parties have eight working days to file their respective evaluations of the witnesses’ testimonies.

The ordinary lawsuit may result in the same remedies as the preliminary measures described below. The difference is that in the ordinary lawsuit, the plaintiff enters a claim for permanent cessation of the illegal activity.

Preliminary measures involve the filing of an injunction application before the civil single-member first-instance court. Prerequisites for the granting of injunctive relief are that:

The preliminary measures that the court may impose on the infringer are:

Despite its temporary nature, an injunction order is enforceable while it maintains its validity and until the issuance of a final decision on the ordinary lawsuit on the same matter.

The judge reviews immediately the application for a temporary restraining order and either grants an ex parte order (without notifying and summoning the defendant) or fixes an inter partes hearing date within the next day or two, summoning at the same time the defendant.

The measures that the judge may order by virtue of a temporary restraining order are mainly:

As part of its enforcement strategy, a rights holder should, as a first step, organise the systematic monitoring of the market in order to discover any infringement. Where infringement is ascertained, test purchases should be conducted. Advertising and promotional material in the press and/or online will constitute effective evidence; it is also necessary to monitor further the infringer’s infrastructure and practices with regard to the trade of the infringing products/services.

Surveys can be very effective in proving the establishment of a trademark in the market and the extent of its use, as well as the risk of confusion among consumers as to the source of the goods/services stemming from use of the infringing sign.

In trademark litigation cases the court does not appoint expert witnesses in order to obtain specialised opinions. The rights holder may, however, submit the testimony of such experts to the court.

The defendant may object that:

Any of the parties to the first-instance proceedings based on an ordinary lawsuit can file an appeal:

Injunctive relief decisions and temporary restraining orders may not be appealed. 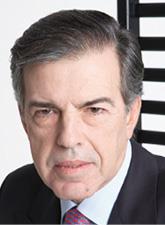 George Ballas is the senior and managing partner of Ballas, Pelecanos & Associates LPC and the head of the firm’s IP, IT and communications technology practice group. Mr Ballas read law at the Universities of Athens and Paris. He joined the Athens Bar Association in 1972 and is admitted to practise before all Greek courts, including the Supreme Court. He is also a European patent attorney.

Mr Ballas’s practice focuses on all aspects of intellectual property, with particular emphasis on trademarks and passing off, as well as patent litigation. He often advises major multinational and domestic clients on structuring and implementing effective anti-counterfeiting strategies. His diverse background includes experience at the office of the secretary general of the Greek Parliament. 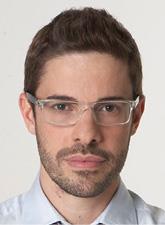 Nicholas Gregoriades is a senior associate with Ballas, Pelecanos & Associates LPC. His main practice is within the IP, IT and communications technology group, as well as the competition, agency and distribution group and the consumer rights group. He is also a member of the firm’s special sectors group and the litigation group, and serves as coordinator in the contracts group. Mr Gregoriades advises on and litigates all aspects of trademark, technology transfer, media and advertising, unfair competition, and agent and distribution law. He is the author of Trademark Licensing Agreements and Restrictions of Competition (Sakkoulas Publishers, 2005), as well as of numerous case commentaries and articles. 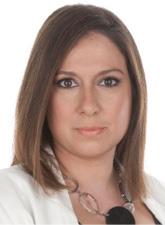 Maria Spanos is an associate with Ballas, Pelecanos & Associates LPC and a member of the trademarks and patents prosecution and litigation department within the firm’s IP, IT and communications technology practice group. She advises on and litigates all aspects of IP law, in particular trademarks, patents, copyright and related rights. Her recent experience includes litigation in the name of multinational cosmetics companies and large Greek pharmaceutical entities. Her practice includes both litigation and regulatory compliance advice. She has been a member of the Athens Bar since 2005 and the Barcelona Bar since 2009, after graduating in law from the Democritus University of Thrace (Greece) and University Paris II – Panthéon ASSAS (France).