Infringement action: Infringement actions are allowed when a number of conditions are satisfied with respect to both the plaintiff’s trademarks and the defendant’s infringing acts. With respect to the plaintiff’s trademarks, the basis of an allowable action is a valid registered trademark in France (through a national trademark, an EU trademark or an international trademark designating France). In France, ownership of the trademark is acquired upon registration at the National Institute for Intellectual Property (INPI). The registration becomes enforceable against third parties upon publication. It is assumed to be valid until a third party challenges it through opposition or cancellation proceedings.

Under the French IP Code, infringing acts that are planned and systematically organised can be brought before a civil or a criminal court. Examples of such acts are importing, exporting or manufacturing infringing products, as well as giving instructions to do so.

A trademark may be cancelled for non-use if it has not been used for at least five consecutive years, except if the defendant can demonstrate proper reasons for non-use. The defendant in a non-use action must file dated evidence showing the serious use of the trademark in the French territory, including extent, period and location of use.

This action may be brought as an alternative to an infringement action before a commercial court. Alternatively, this action may be brought in addition to an infringement action if the plaintiff can prove the existence of a wrongful act that is different from the purely infringing act. ‘Wrongful acts’ may be defined as any acts of competition that are contrary to law, customs and honest practices in industrial and commercial matters. They include reproduction of packaging, advertising, colour charts or a company name or trade name.

In France, arbitration is available for most trademark litigation (eg, the civil component of an infringement action, disputes over ownership of a trademark or disputes over assignment contracts and trademark licence agreements). However, arbitration for the validity of a trademark remains uncertain, as it may be considered a public policy matter and there is no case law on this point. In addition, arbitration is available only when the parties have agreed to it in an arbitration agreement stating all necessary details, including designation and number of arbitrators, language, timeline and confidentiality. In practice, it is difficult for a mark owner and an infringer to reach such an agreement.

The most common alternative method to dispute resolution is to negotiate an amicable settlement. At any time, the parties can conclude a settlement agreement to resolve the dispute. Both parties must typically make concessions. For instance, in a trademark infringement dispute, the infringer could undertake to pay compensation to the trademark owner or place a large order with the owner, in consideration of which the owner would waive the right to submit the dispute to any courts or tribunals. Once the settlement agreement is signed, the court notes in a ruling that the parties came to a compromise.

Criminal actions are rare. They can be instituted by the public prosecutor or by the trademark owner, as a victim, after having filed a criminal complaint. Representation by an attorney is not mandatory, but is highly advisable.

The statute of limitations is three years from the date on which offence took place.

Civil actions are much more common. They can be instituted by the owner of a trademark or by its exclusive licensee. The statute of limitations is five years from the date on which the infringement took place. The plaintiff can base its claim on the grounds of infringement of its trademark rights and unfair competition and/or parasitic acts.

Representation by an attorney is mandatory. The procedure before courts of first instance lasts on average one to two years from writ of summons to judgment.

Emergency or interim measures may be necessary to preserve the plaintiff’s rights while awaiting a judgment on the merits; French law permits a summary preliminary procedure to obtain prohibitive measures or a financial guarantee before initiating main proceedings. The summary procedure lasts on average four to five month, from writ of summons to ruling.

Among these nine courts, the owner may choose that which it prefers, provided that the court has territorial jurisdiction; this depends on the place where the facts occurred, the location of the defendant’s domicile and the place where the harm was suffered.

In France, punitive damages are forbidden: damages are allowed only to repair the harm suffered. The amount of damages is determined by the court, taking into account, among other factors:

In addition, certain legal fees and costs are recoverable in France. The losing party may be ordered to pay to the prevailing party costs related to the action, including legal fees, travel expenses, translations costs and official taxes. In practice, the sums awarded never compensate fully the costs incurred. However, if the plaintiff wins the case, the allocated sum for damages and compensation will generally cover its attorneys’ fees.

Then, the plaintiff can request the president of a court of first instance to authorise the seizure of samples of infringing items or all elements establishing the extent and the origin of the counterfeiting. If the judge grants the request, a bailiff shall proceed with the seizure and the plaintiff shall then institute legal proceedings within 20 business days or 31 calendar days (whichever is longer) of the request being granted.

Lastly, a mark owner can ask the customs authorities to detain goods that are suspected of infringing its rights. In order to do so, the mark owner should lodge an application for action with the customs department requesting action. The application can be for the national territory or EU wide, depending on the IP right’s basis (national or EU trademark).

The defendant may invoke legal authorisation to use the sign at issue in the litigation. For instance, the use of similar signs cannot be prohibited by a registered trademark owner when:

Counterclaims: The defendant may also file counterclaims requesting invalidation of the earlier trademark for non-use, or invalidation for lack of distinctiveness, descriptive character or dilution.

The trademark owner should prove that it has been active when defending its trademark. Examples of activity include cease and desist letters, legal actions and actions against newspapers in order to put an end to the use of the mark at issue as a common name.

The owner may also brief employees and business partners to avoid any use of the mark as a common name.

The appellant must file a brief within three months of filing its notice of appeal and the respondent has two months to answer.

Notwithstanding these deadlines, because courts of appeal are overloaded, it can take months (or even years) before an appellate ruling is issued.

An appeal has a suspensive effect and thus the first-instance ruling will not be executed unless it states that the decision shall be immediately applicable. By contrast, preliminary injunctions are always provisionally enforceable.

The Court of Cassation does not review findings of fact; it considers only the conformity of the ruling of the appellate court with the law.

The appellant must file an appeal before the Court of Cassation within two months of notification of the ruling of the court of appeal. The other party has two months to file a brief in response. 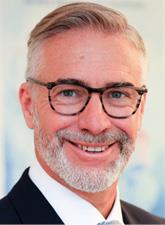 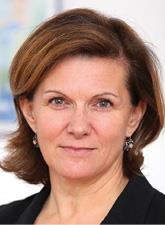 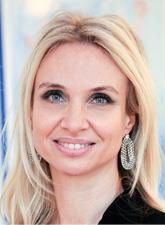